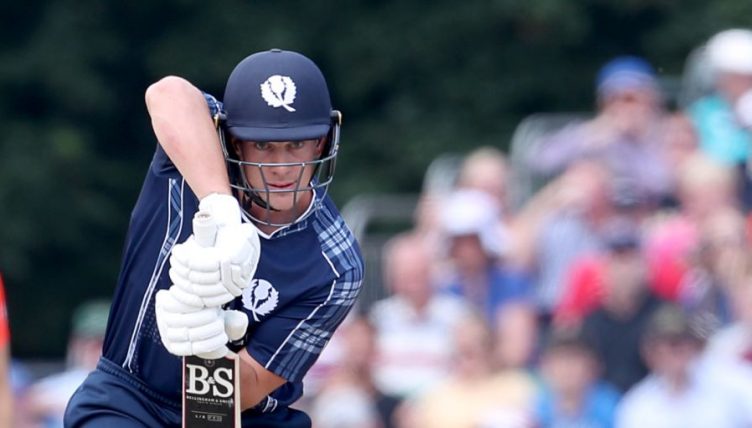 Scotland booked their place at the T20 World Cup in Australia with a resounding 90-run victory against the United Arab Emirates.

Shane Burger’s side elected to bat in the Dubai play-off after winning the toss and made an impressive 198 for six from their 20 overs before restricting UAE to just 108 in reply. Scotland join Ireland, Papua New Guinea and Netherlands in sealing a spot in the preliminary round next year

Openers George Munsey and Kyle Coetzer put on 87 for the first wicket before the latter lofted to long-off for 34.

Munsey had made 65 from 43 balls when he fell to a brilliant boundary catch by Rameez Shahzad with the score on 109.

Richie Berrington (48 from 18 balls) and Calum MacLeod (25 from 12 balls) maintained the early momentum and helped post a score that proved well beyond the UAE.

Scotland's victory today is their second biggest in their T20I history 👏

What a day to put a performance like that in 💪 pic.twitter.com/0tnDTIxtXb

Safyaan Sharif and Josh Davey made early inroads into the UAE batting before Shahzad offered some resistance with 34 from 28 balls.

But the innings crumbled after Shahzad sliced Mark Watt to Munsey at deep cover, becoming the third man to fall with the score on 55.

UAE lost their remaining wickets for 53 and were dismissed for 108 from 18.3 overs – the margin of victory being Scotland’s second biggest in T20 cricket.

Spinner Watt and seamer Sharif finished with figures of three for 21 as Scotland secured their fourth appearance at the men’s T20 World Cup.

“It’s an opportunity now to play against some of the top-ranked sides in the world.

“Guys are willing to learn and push their game as far as they can. We’ve got a great coaching staff in place and people in the backroom are doing a great job back home.

“We’re very lucky to be where we are right now. We know how tough it is but progression is the key word.”