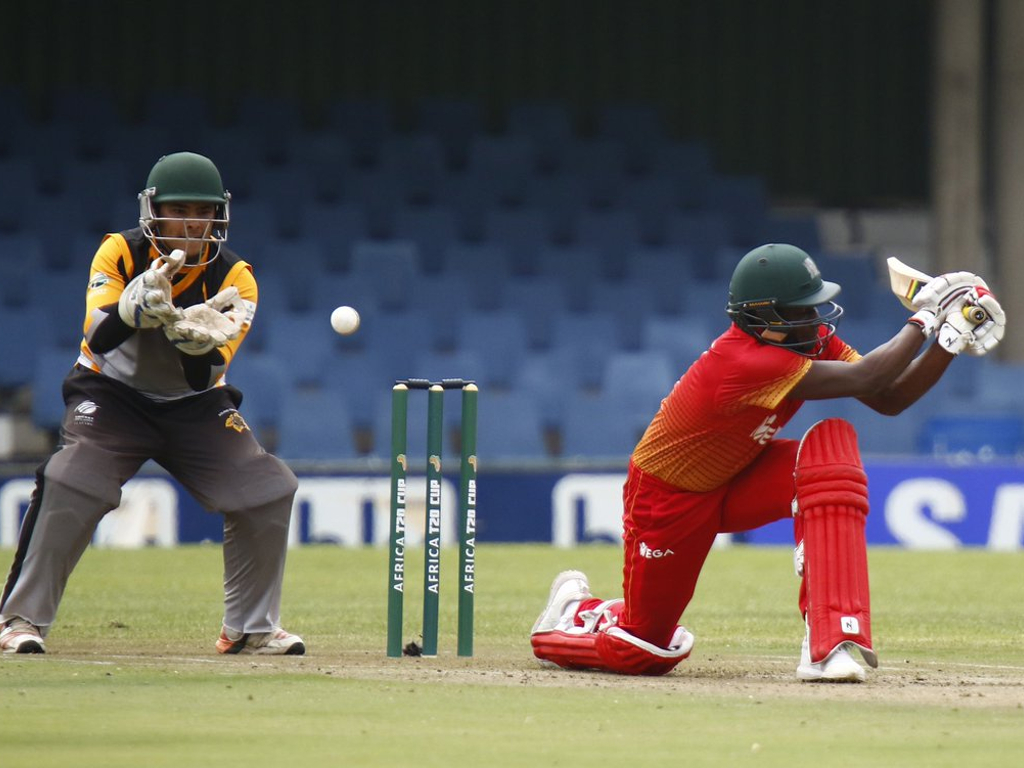 North West held on to top spot in Pool D and a place in the Africa T20 Cup semi-finals without facing a ball on Sunday after neither Boland nor Northern Cape managed to win their match with a bonus point in Paarl on Sunday.

The latter pair met in the big game of the day, with the hosts winning by four wickets, although they failed to secure the bonus point that would have put them top of the table.

In the end, all three sides ended on 14 points, with the superior run-rate of NW edging them into the last four.

The final game of the afternoon was the big one with Boland winning the toss and asking NC to bat first.

Grant Mokoena top-scored with 46, but he lacked support as the away side were kept in check and had to settle for 141 for eight following a stunning display with the ball by Ferisco Adams.

The all-rounder took a career-best five for 23 and received good support from Nkululeko Serame (2/17).

Hanno Kotze then charged his way to 73 off 50 balls (6 fours, 4 sixes) to lead the reply with Adams adding 31 at the end to take the hosts to victory with 19 balls remaining.

In the day’s other game, Lerato Kgoatle and Ruan Sadler starred with bat and ball to help Limpopo beat Nigeria by six wickets with five overs remaining.

Batting first after winning the toss, the African side posted a modest 112 for seven. Sadler was the pick of the bowlers after grabbing three for 26.

It was then the turn of Kgoatle as he blasted 63 off only 32 balls (4 fours, 4 sixes) to take his side to their solitary victory of the competition. 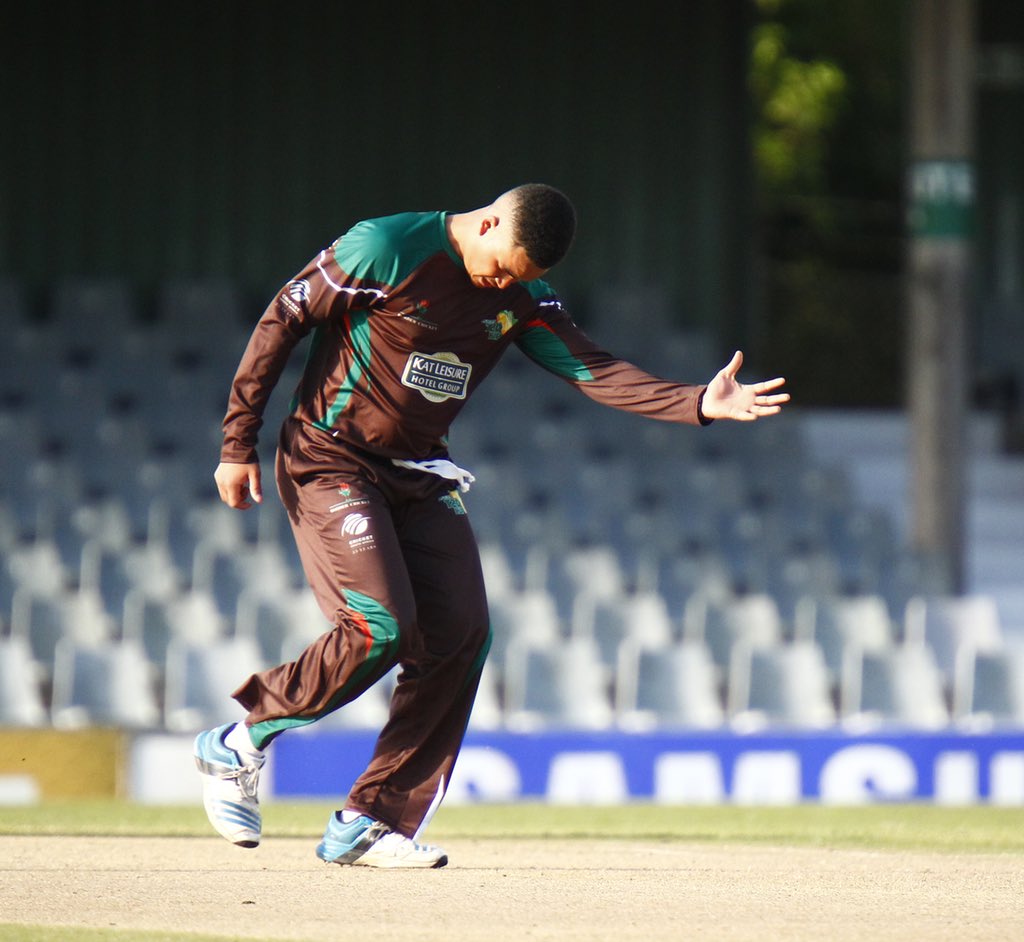 Border turned the tables on Eastern Province by producing some good rearguard batting to pull off a famous three-wicket win and with it secure top spot from Pool C in their final Africa T20 Cup encounter in East London on Sunday.

Heading into the final day, the hosts knew that only victory would give them a chance against their rivals from Port Elizabeth who were also pool leaders on Saturday evening.

And a key unbeaten 32 off 30 balls by Clayton Bosch helped the hosts pull off the win and take the group on net run-rate from their opposition and also Namibia after all three ended on 13 points.

It means Border will now host next week’s finals weekend – to be played on Sunday and Heritage Day Monday – by virtue of being the only coastal team to progress.

It was a memorable end to the day with Border recovering from 82 for five to chase down a 138-run victory target with six balls to spare.

Yaseen Vallie also made a mark with 31, while for EP, Thomas Kaber’s 57 off 40 balls (4 fours, 3 sixes) was in vein. The all-rounder also claimed three for 15 but still ended on the losing side.

Another telling performer for Border was Phaphama Fojela after he took three for 25.

In the group’s second match, Zane Green starred in a one-over eliminator to help Namibia win the all-Africa battle against Kenya in a thrilling game at Buffalo Park.

The 21-year-old had blasted two sixes in the super over to take his side to a handy 15 for one, a total the Kenyans failed to match.

The match itself was a humdinger as the East Africans first amassed 183 for eight, which the southern Africans matched with 183 for seven.

Michau du Preez led the reply by plundering 72 off 43 balls (5 fours, 4 sixes) to help the Namibians draw level, before Green won the game in the extra over.

In what was a tournament dead rubber but had a strong competitive edge, Hollywoodbets KZN Coastal beat neighbours Hollywoodbets KZN Inland by six wickets in their final game of the 2018 Africa T20 Cup on Sunday in Pietermaritzburg.

Proteas all-rounder Andile Phehlukwayo was destroyer-in-chief as he bagged an impressive 5/26 in 3.5 overs to restrict the home side to 130 all out in 19.5 overs.

For the hosts, run machine Cody Chetty was dismissed first ball but thanks to a brisk 67 from 46 balls from Kyle Nipper the hosts had something to bowl at.

Eathan Bosch was also amongst the wickets for Coastal as he claimed 3/32 in four overs.

The chase from the Durban side was measured as they cruised home with 16 balls to spare with a number of contributions.

Khalipa Cele scored 23 at the top of the order which gave the chasing team a solid start.

Marques Ackerman helped out with a quick-fire 29 from 22 deliveries while Matthew Montgomery top scored with 30 not out to get his side over the line by six wickets.

Northerns edged the big match-up of Pool B against Gauteng at the Africa T20 Cup in Oudtshoorn on Sunday but it mattered little as their provincial rivals had already secured top spot and the semi-final berth a day earlier.

Leus du Plooy and Donavon Ferreira both hit 43s for the winners, while Luvuyo Nkese (2/20) grabbed two wickets in a narrow three-run win.

Northerns had batted first at the Recreation Ground and posted 136 all out after an outstanding three for 12 by Tumelo Tlhokwe. Nandre Burger (2/26) and the outstanding Delano Potgieter (2/10) also chipped in with two wickets.

All-rounder Potgieter then continued his stellar weekend for the group winners by blasting 52 off 39 balls (4 fours, 3 sixes) in an opening stand of 96 with Muhammed Mayet (40) as Gauteng were cruising towards victory in the 13th over.

But they then collapsed to 133 for eight and fell short, although it mattered little after already guaranteeing themselves top spot before the game.

In the second match of the day, half centuries from Tarisai Musakanda and Ryan Murray guided Zimbabwe to a five-wicket win over South Western Districts.

For SWD, the top scorer was Zubayr Hamza with 75 (59 balls, 8 fours, 1 six) although his effort proved a mere consolation in what was a fourth loss out of four from a disappointing weekend for the hosts.