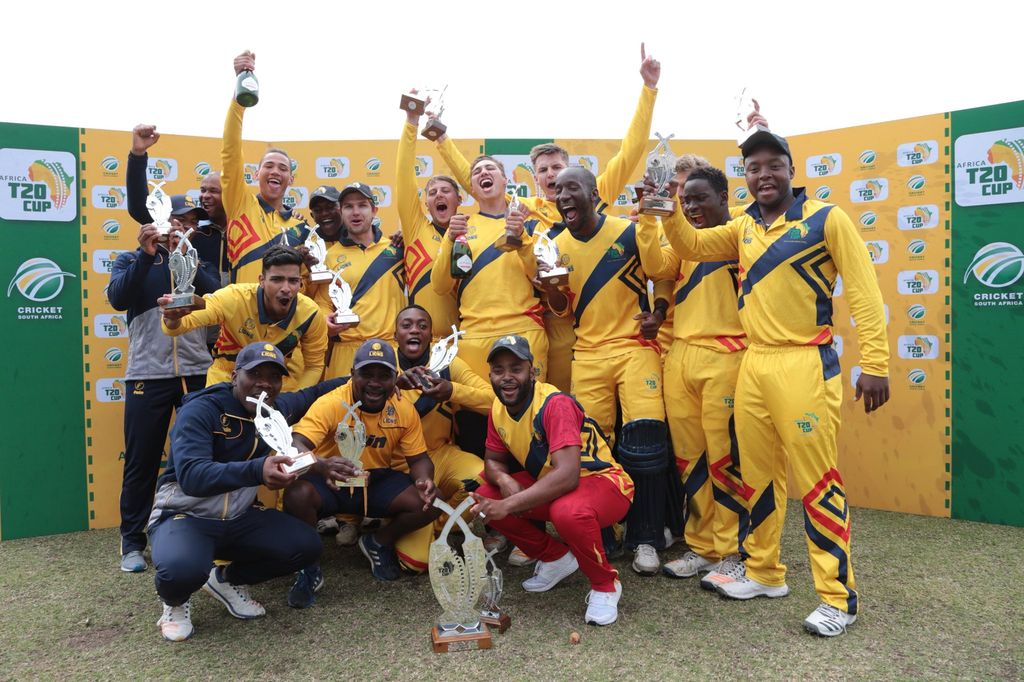 Nono Pongolo was hero with bat and ball as Gauteng were crowned Africa T20 Cup champions after a three-wicket win over Border in a thrilling final played at Buffalo Park in East London on Monday.

Chasing a relatively modest target of 131, Gauteng were in trouble as the hosts reduced them to 79/6 in the 12th over with only Proteas batsman Temba Bavuma (27) and Delano Potgieter (23) showing any kind of resistance with the bat.

Pongolo, batting at number seven, then found a willing partner in Carmi le Roux (23) as the two shared in a crucial stand of 39 for the eighth wicket.

However, there was another twist as Border seamer Bamanye Xengxe (3-27) got rid of Le Roux with the final ball of the 18th over.

At that stage, Gauteng still needed 13 from the final two overs but Pongolo (30 not out) and Nandre Burger (4 not out) saw their team over the line with four balls to spare with Pongolo fittingly hitting the winning runs.

Earlier, Border also suffered a calamitous top-order collapse on their way to being bowled out for 130 in 20 overs.

The home team, who were sent in to bat, suffered an early blow as they lost the find of the tournament, Marco Marais, without scoring in the first over of the game.

Border slipped to 3-3 and then 47/5 inside seven overs but Christiaan Jonker (37) tried to anchor things for his team.

The T20-capped Proteas batsman however fell to the bowling of Pongolo to leave his team in dire straits at 67/6 in the 12th over.

Pongolo added another two scalps to finish with impressive figures 3-20 in his four overs.

Xengxe, batting at number eight, then a played blinder of innings as he struck an unbeaten 51 off 34 balls to take Border to a respectable total.

The 21-year-old Xengxe threatened to beat Gauteng single-handedly as he also scooped three wickets but he was pipped to the post by Pongolo.