After playground picks just who is Australia’s least valued player? 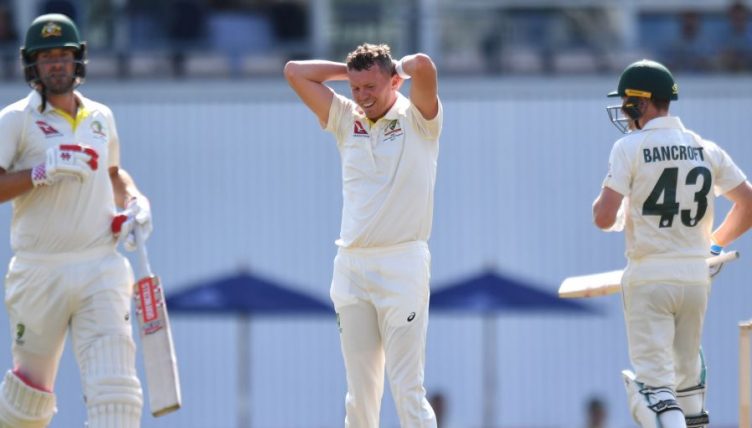 As the Australia squad prepares for the Ashes, it’s time to ask: who is their least valued player?

It was a ‘draft’ according to the Cricket Australia website. And I suppose it was. But this wasn’t a franchises-machine-gunning-big-hitters-with-bank-notes kind of thing. This was how you picked teams when you were at school (albeit with a small number of weirdly specific restrictions).

This was the Brad Haddin XII v the Graeme Hick XII. One Australia Ashes squad, everyone line up and we’ll take turns picking. (This is maybe where the process differs a little from picking sides at school. Personally, I don’t remember Haddin or Hick ever being there, in either a playing or non-playing capacity.)

Hick’s first pick was Test captain Tim Paine and also Nathan Lyon because Lyon for some reason had to be in the same team as Paine. Alex Carey and Jon Holland therefore had to play for Haddin’s team. We can never know to what extent Hick wanted Paine and Lyon and to what extent he really, definitely, 100 per cent did not want Holland – but it’s fun to put that out there.

Haddin picked Pat Cummins next, which is a normal decision. Hick chose Steve Smith, which is also normal. Haddin then picked Josh Hazlewood, which is also pretty normal – particularly when you consider what happened next.

What happened next was that Graeme Hick picked James Pattinson.

This seems normal at first until you consider that the weirdest rule of all stated that Mitchell Starc and James Pattinson had to be on opposite sides. I’ve no idea why this was the case, but I do understand that the upshot is that Hick effectively picked Mitchell Starc for the opposition.

I appreciate that Brad Haddin XII v Graeme Hick XII is maybe not a deadly serious, must-win game, but I’ll tell you one thing I have learned about professional sportsmen: they are insanely competitive about absolutely everything, absolutely always. Everyone involved will have desperately wanted to win this match simply because they are unhinged enough to have embarked on a career in professional sport in the first place.

With that in mind, in what world does it make any sense whatsoever to gift Mitchell Starc to the opposition?

If you’re wondering what happened to Warner, he was picked next. The Cricket Australia site then glosses over the juiciest question of all by reporting that, “the middle-order batsmen and fast bowlers were divvied up between the Hick XII and Haddin XII.”

Don’t be coy. Who was picked last?

My money is on Peter Siddle, because by this point in his career, he just has that air about him. Siddle’s too familiar these days. He’s as comfortable and unremarkable as a knackered-out pair of old trainers. While he does the job every bit as flawlessly as your favoured casual footwear, no-one’s getting excited about it.

You don’t pick Peter Siddle. You end up with Peter Siddle when there’s no-one else to pick.

Peter Siddle was last pick. And I’ll tell you what will happen next: reluctantly selected for the Test team after a spate of injuries, Siddle will take something like 5-22 in the fourth Test to level the series.

He will then be omitted for the fifth Test.