Home Alex Bowden What can Donald Trump and Soo Chin Ten-Dull-Kerr teach us about cricket?

What can Donald Trump and Soo Chin Ten-Dull-Kerr teach us about cricket? 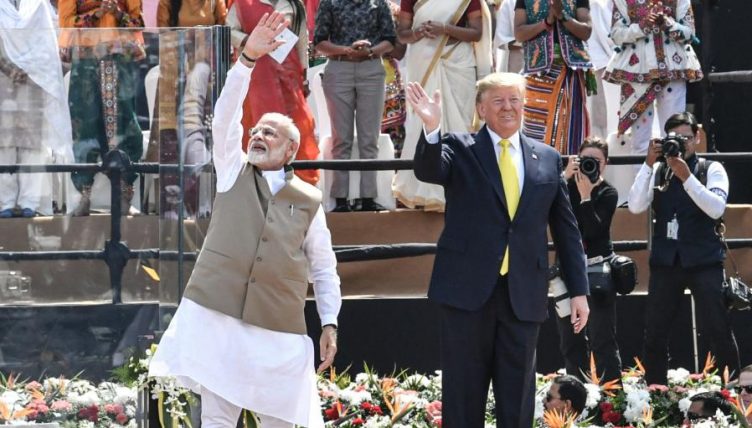 When I was at high school, my French teacher was an insane person. This is not a medical diagnosis. That was just the way we all saw it at the time.

This one time she bollocked the whole class for an entire 1h10m lesson (and this was not a class anyone was ever late for, so it was definitely the full 1h10m) because not one of us had done our homework. A week later, she conceded that she hadn’t actually set us any homework. She then doubled down and bollocked us again having concluded that everything she’d said the previous week would have applied anyway even if she had set the homework.

As you’d imagine, lessons were tense and a friend of ours – let’s call him Mark (because that’s his name) – had a particular vulnerability because he was not especially good at speaking French.

Mark’s main weakness was that he couldn’t get a grip on French vowel sounds. Asked to read a sentence aloud and confronted with an ‘oeu’ or an ‘eau’ or an ‘ieu’ or an ‘uoi’, his damage limitation tactic was to voice a kind of neutral vowel. The sound he made was definitely wrong, but he hoped it was less wrong than whatever sound he would have chosen otherwise. Imagine a kind of noncommittal ‘oo’ and you’re not far off.

It was not a great tactic. Upon hearing Mark’s vowel, our teacher would immediately gouge out his eyeballs, insert her thumbs into the empty sockets and tear his skull in two (metaphorically speaking).

I thought of Mark’s tactic this week when I heard that clip of Donald Trump trying to say ‘Sachin Tendulkar’ and ‘Virat Kohli’ during his trip to India.

You’ve already heard it a bunch of times, but let’s listen again.

Think of Mark as you replay the clip and two things will strike you about Trump’s “Soo Chin Ten-Dull-Kerr and Vir-art Ko Lee” effort.

One: Even if he got the sounds very wrong, he did at least pick specific vowels and commit to them rather than trying to mumble his way through in the hope that no-one would notice.

Two: Even though the names he said would be all but unrecognisable if you’d heard them out of context, Trump is utterly unrepentant about this and ploughs on wholly unfazed.

Is there a lesson here?

I am going to go out on a limb here and state firmly and with confidence that there is actually a point to Donald Trump. I know. Sounds mad, doesn’t it? But I reckon there is.

Trump’s entire life basically amounts to an ongoing case study of what a person can say and do without experiencing consequences or reprisals. His actions don’t tell us what you personally could get away with. They just tell us the extreme limit of what a human being could theoretically get away with given the right conditions.

That’s actually very valuable because it reveals how various things we think of as being important are actually nonessentials.

In this instance, correctly pronouncing the names of two very famous cricketers has proven a nonessential element in the act of namechecking two very famous cricketers for crowd-pleasing effect. Trump said something that was sort of half-recognisable and he did it confidently and the crowd cheered and then he just steamrollered on to making a right pig’s ear of whatever he was supposed to do next.

This methodology is very obviously applicable to batting in cricket – indeed one is a metaphor for the other (although I’m not quite sure which way round).

READ MORE: Is this India team actually that good?

Saying “Soo Chin Ten-Dull-Kerr” is like walking out of your crease to a spinner, playing across the line and completely missing the ball. You can doubt yourself after a shot like that or you can instantly forget about it.

Facing the next delivery, a reflective batsman will wonder whether he’s really cut out for Test cricket and be caught behind off a tentative prod.

In contrast, the Trumpian batsman will sashay down the pitch a second time, unfurl the exact same legside swish and most probably edge it for four.

Sometimes it pays not to dwell on things too much.

Confronted with evidence that there are things he cannot do, a sane batsman worries how his weaknesses will be exploited by bowlers. He loses sleep. He second-guesses himself when he arrives at the crease for his next innings. He plays with uncertainty.

In many ways the worry itself becomes that batsman’s biggest enemy. His performances would be better without it.

The moral of the story is that even if you’re not very good, bluff and bluster and complete obliviousness to your own limitations can to some extent protect you from that.

Say what you like about delusional narcissism – it does wonders for your self-confidence.