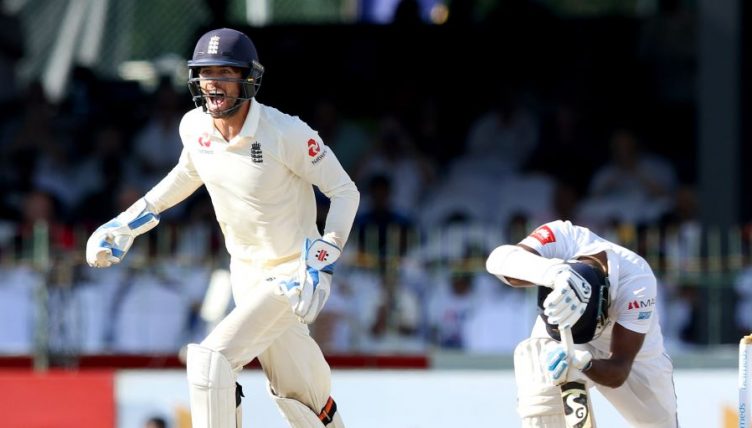 The England selectors basically hate Ben Foakes. If he asked them to meet him for a pint, they’d be busy and that would be no big deal. It’s the fact that he keeps asking them and they keep coming up with different excuses. It’s not a case of one single glaring omission. It’s a cumulative thing.

Let’s start with the very basic facts: Ben Foakes is a 26-year-old human male who has played five Test matches. When he played these matches, the main thing that happened was that everyone went, “Wow, this guy’s really good at wicketkeeping.” He also made a fifty and a hundred and averaged 41.50 with the bat.

England were so impressed with Foakes’ Test performances that they resolved never to pick him again under any circumstances. Not even to carry the drinks.

Ahead of the New Zealand tour, the selectors decided that Jos Buttler should be wicketkeeper. They decided this primarily because they wanted Jonny Bairstow to go away and prove he was back to his best as a Test batsman ahead of the tour of South Africa. This decision was very clearly presented as a kick up the arse. (Fortunately, the Yorkshireman was able to use his central contract to cushion his backside, thus softening what could otherwise have proven a meaningful blow.)

With Buttler promoted to first choice keeper, there was an opening for a backup keeper. Rumours that Ollie Pope owned a pair of wicketkeeping gloves swirled and he was duly given the job.

When Buttler suffered a back spasm after very unfortunately being required to do a lot of wicketkeeping in the first Test, Pope was called into action. But for one shonky drop, he performed adequately, but even the selectors seemed to accept that in asking him to do the job in the first place, they were skirting dangerously close to a media lambasting – and no-one likes being lambasted.

By this point, Bairstow had faced the old dog wanger thing in the nets for about a fortnight. Form completely and utterly proven, he came back into the squad. As absolutely everybody predicted, Ben Foakes did not.

Now Foakes did not have the best county season with the bat – in large part because he was stand-in captain for Surrey as well as keeping wicket for them – but he is 26 years old, averages more than all of his Test rivals, has as many Test hundreds as Jos Buttler and top-scored the last time he batted for England (in a one-dayer, weirdly).

Even if you are not a colossal fan or a steadfast always-pick-you-best-keeper campaigner, it is at least slightly weird that Foakes never gets in England’s squads.

It makes you wonder whether there’s anything that the current England setup hate more.

That was the original premise for this article. I was going to come up with a whole bunch of stuff that England hate more and by looking at that stuff, you’d have got a sense of how much England hate Ben Foakes.

But then when I actually got to thinking about it, there aren’t really a great many things that England very obviously hate more than Ben Foakes. And that in itself says what needs to be said.

So rather than come up with a whole host of things so devaluing my own point, here’s a very short list.

Jofra Archer didn’t bother concealing his disgust after finally getting a lovely soft Kookaburra in his hands in New Zealand. It is quite a shit ball, but England really hate it.

Considering the Kookaburra does basically nothing once the shine’s gone, it’s weird that England persistently pick a load of fast-medium new ball bowlers whenever they head overseas. There was talk that Archer might resolve this issue, so they gave him the new ball and let Chris Woakes and Sam Curran slog in with the old one. Some suggested that a spinner could conceivably fill the gaping hole in the attack. England responded by ceasing to pick one.

After 46 first-class hundreds with no call-up, you have to wonder what the selectors have been telling Somerset’s James Hildreth over the years. “My experience is that I haven’t had any conversations at all,” he revealed early last season. Does he even own a telephone? Is that what the problem is?