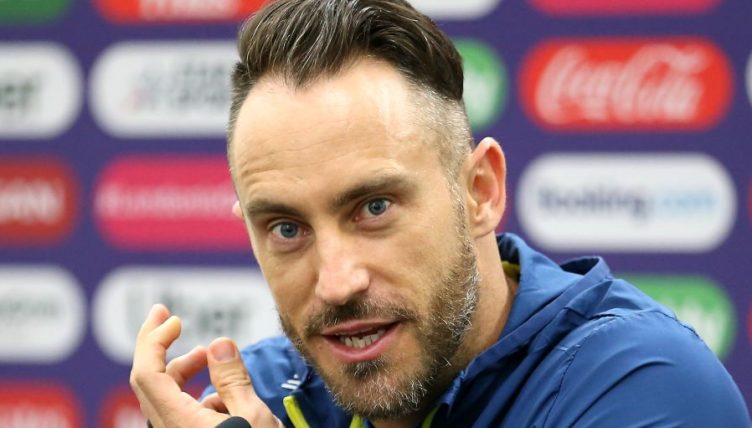 Sorry, that was a bit sudden. Maybe we should have eased into things a bit more. Are you crying because of the haircut?

Look, no-one’s saying this is going to be easy. It’s not just the haircut. You’re going to have to be pretty resilient here because once you’ve stopped crying about that godawful haircut we’re going to have to think about all the other stuff too. The cricket stuff.

But okay, for now let’s maybe just try and focus on the haircut. We need to deal with it at some point, so let’s get it out of the way.

What did you ask for when you got that haircut? Did you say, “I’m just starting to recede a little bit, so could you do something with my hair that would really exaggerate that as much as possible?”

Working theory: you’ve lost exactly half of your field of vision. While it looks okay from one side – maybe 4/10 or 5/10 at a push – the opposite side’s a very obvious 0/10. Presumably you simply can’t see the 0/10 side – ergo, partial blindness. What’s especially worrying is that this is the direction you look when you’re batting.

Did you see… much of Joe Root in the highlights

Or maybe the hair’s just a symptom; a physical manifestation of your inner turmoil. We’d better get into the cricket stuff.

The good news is that you had a good weekend. You had a great weekend, in fact. Your team played 7.3 overs of admittedly pretty disastrous cricket – but you know what that means, don’t you? It means South Africa didn’t play a full match and as such you earned (maybe ‘earned’ isn’t the right word) your best result of the World Cup so far.

Your best result of the World Cup so far is ‘no result’.

Speaking on the eve of the tournament, you said (you actually said this – it’s not made-up): “I’m no longer that desperate to win cricket matches.”

Taken in isolation this is not a strong comment from a captain, but most people could see what you were doing. You were trying to lighten the load on your players. It wasn’t much, just a gentle little lift. It was like when the huge burly fella guides the bar back into the rack with a single finger when his mate’s just finished a set of bench presses.

You’d have to ask your team-mates whether this ploy worked or not. Maybe it did. Maybe it worked too well and the reason why you lost your first two matches was because everyone was super chilled-out.

You clearly thought your men were still labouring under an impossible psychological burden though, because before your third match, against India, you doubled down, saying: “We can’t control results. We can’t control the outcome of the game.”

Again, it feels like it’s necessary to emphasise that this is an actual thing that you actually said. Your job is to guide your team to victories and you said that the winning and losing of cricket matches is out of your team’s control.

Needless to say, you lost the India match too.

Not long after this is when the news breaks that AB de Villiers got you on the blower the night before the World Cup squad was announced and said, “Hey, Faf, mate. Don’t suppose it’s too late to get a game in the World Cup, is it?”

That must have been an awkward phone call to take because, ‘yes, of course it’s too late, why are you even phoning me?’

The two of you have been friends since primary school, but AB’s flip-flopping international career and the fact that you’re captain, not him, had already made that friendship pretty tense (and actually probably not really a friendship at all any more). Now this phone call? And after it became public knowledge a whole bunch of fans gave you grief for not crumpling and letting him play?

Thanks, AB. Thanks a stack.

So what is there to look forward to in the rest of this tournament? Five more games. You probably need to win all of them and you almost certainly won’t, so let’s translate that into something more meaningful. Three-and-a-half more weeks.

By this point in proceedings, you can only possibly be thinking one thing. You’re thinking: “Why did you instruct me to imagine I was Faf du Plessis? I’m really not enjoying this at all.”

Well, it could be worse. You’ll always have that ‘no result’ against the West Indies, won’t you?