Home Alex Bowden Is this the end of England’s post-Strauss era when every single batsman was a number six?

Is this the end of England’s post-Strauss era when every single batsman was a number six? 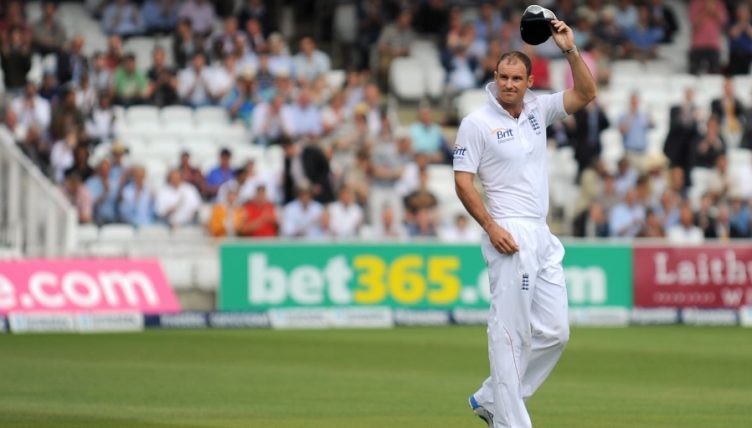 The Nineties. Good times. Alec Stewart’s bat-twirl, Jack Russell’s hat, Alan Mullally’s fringe flapping rhythmically with his run-up; Tetley Bitter branded tracksuits, Graeme Hick in the side, Graeme Hick out of the side; all out for 162.

When did the Nineties end? Calendrically, this is an easy question to answer – but what about if we’re using the word ‘Nineties’ in an England cricket sense?

Put it this way, did Nineties England Cricket start with a nine-wicket victory over the West Indies in Kingston at the start of 1990? Of course it didn’t. Did it start when the Windies reached 298-0 in response to England’s 260 all out a couple of Tests later? Maybe.

Nineties England Cricket certainly persisted past the 1999 Boxing Day Test in which Gary Kirsten made 275 not out. There’s probably no exact moment when it winked out of existence, but an argument can certainly be made that it came when Andy Caddick, Darren Gough and Dominic Cork bowled the West Indies out for 54 in the summer of 2000.

England went on to win that Test series and then immediately took successive away series in Pakistan and Sri Lanka. There’s no way that would have happened in the Nineties.

Why is this relevant? This week there were faint signs that another England era defined by regular batting collapses might be about to draw to a close.

This current era isn’t quite so closely associated with the decade in which it has taken place, but it is a lot easier to identify when it started. It started when Andrew Strauss retired.

What do you think of when you think of England post-2012? I think of batting collapses, a rotating cast of openers and a far greater number of middle-order all-rounders than should sensibly be crammed into a side.

The top order void – which only expanded with the retirement of Alastair Cook – has been at the very heart of things. If England’s Nineties collapses were fuelled by insecurity among a decent group of batsmen, then those in recent times have generally come because the top four has been a fragile blend of newcomers, no-hopers and middle-order stroke-makers who’ve floated too high.

It’s been tough to fight all-rounder buoyancy in particular. Forced to choose between a dull cheese sandwich of a number three and the tastier prospect of another Moeen Ali, Chris Woakes or Sam Curran in the team, the selectors have usually plumped for the latter option. Then they’ve shunted someone-or-other up a few spots, crossed their fingers and hoped for the best.

For this New Zealand tour, England have consciously attempted to keep that temptation at bay. Rather than trying to muddle through with batting/bowling utility cricketers, they’ve deliberately picked a top order surplus.

Rory Burns is still around, Joe Denly’s still around and they’ve added Dom Sibley and Zak Crawley to the mix in the hope that this’ll provide enough options to keep Joe Root down at four. They’ve also picked another out-and-out batsman in Ollie Pope to come in later still.

This radical ‘let’s pick some batsmen’ experiment was launched in a tour match at Whangarei this week and the top order newcomers did all that could be expected of them. Sibley retired after making a hundred and so did Crawley.

If nothing else, it promises a new era. There’ll be more collapses – you can count on that – but perhaps we’ve seen the last of the ones that came about because pretty much everyone was a number six batsman.