Home Alex Bowden Which of Stuart Broad’s seven David Warner dismissals was the most enjoyable?

Which of Stuart Broad’s seven David Warner dismissals was the most enjoyable? 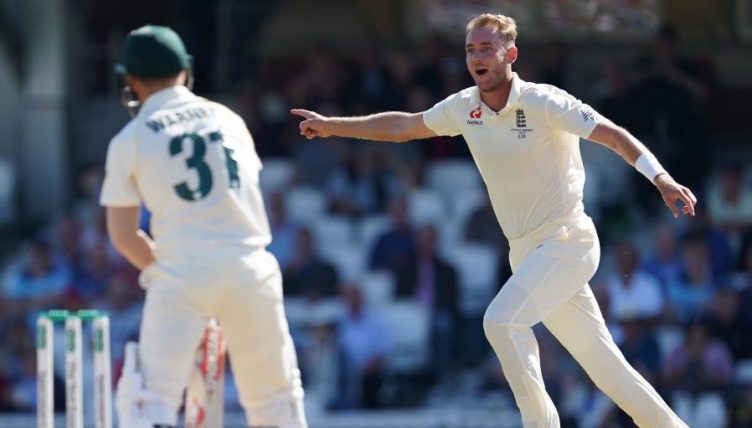 Stuart Broad dismissed David Warner seven times in the 2019 Ashes. Each and every dismissal was of course hugely enjoyable – because who doesn’t love watching David Warner lose his wicket? – but which one was the most enjoyable and why?

Warner is hit in front but DRS shows it's going down leg!

This is basically how the 2019 Ashes began. That alone meant that this was a hugely enjoyable wicket. ‘Maybe Broad will get Warner a whole bunch of times and Warner’ll end the series one Josh Hazlewood single away from having the lowest average of all the Australians’ we all instantly thought with astonishing accuracy.

This wicket was doubly enjoyable because Warner chose not to review it and Hawk-Eye then showed that he should have done.

It takes a review but Warner edges behind to Bairstow and that is massive!

Trying to leave the ball and failing to do so is a very funny way to get out. At this point in the match England were still 77 ahead and the world seemed highly wonderful. However, the need for a review detracted from this one just a touch, temporally stretching the dismissal and denying us all the purest everything-good-at-once high.

🎙 – "Broad is winning the battle against Warner!"

It's a second ball duck for Warner as Broad traps him LBW with a nip-backer around the wicket! 🦆

After a bizarre first-innings intermission where Warner (a) made some runs and (b) was dismissed by someone other than Broad, it was most satisfying indeed to see normal service resume in the second innings.

Set against that, Australia were already 122 ahead, so actually at the time this one didn’t seem quite as enjoyable as you might now think with the benefit of knowing what Ben Stokes did a little later in the match. He was out for a duck though, so it was still very fun.

WHAT A START FOR 🏴󠁧󠁢󠁥󠁮󠁧󠁿!

Broad is not messing around today 🙌

Out for a duck again, it was at this point that Broad dismissing Warner progressed from being ‘a thing’ to being ‘A Thing’.

If two ducks in a row wasn’t fun enough, this came right at the start of the match with the most transparently in-two-minds play/leave you’re ever likely to see. I know I said that a batsman being bowled is the most satisfying form of dismissal just a few paragraphs ago, but I put it to you that this particular kind of ‘oh my God, I quite visibly don’t know what to do here’ dismissal is on a par with it.

Three ducks in a row. To the same bowler.

Loses one point because Australia were near enough 200 ahead when it happened, which rather took the gloss off the moment.

HE'S GOT HIM AGAIN!

It's Broad to Warner… you know the rest! Good catch from Rory Burns and Australia are 29-2.

This was Warner’s highest score in an innings where he was dismissed by Broad, but even so it was still a nice early wicket with England pressing to level the series.

It was also the first time the bowler had him caught at slip. This new mode of dismissal gave the sense that Broad still had a great stockpile of different dismissals in reserve that he hadn’t yet needed to dip into.

While this was technically another play/leave, it wasn’t quite so unhinged as the one in the first innings of the fourth Test and therefore not quite as satisfying. It also came with the Ashes already retained by Australia.

All the same, it was a fitting way for Warner to bow out. The crowd booed him off the field, just on the off chance that he wasn’t already having a completely miserable time.