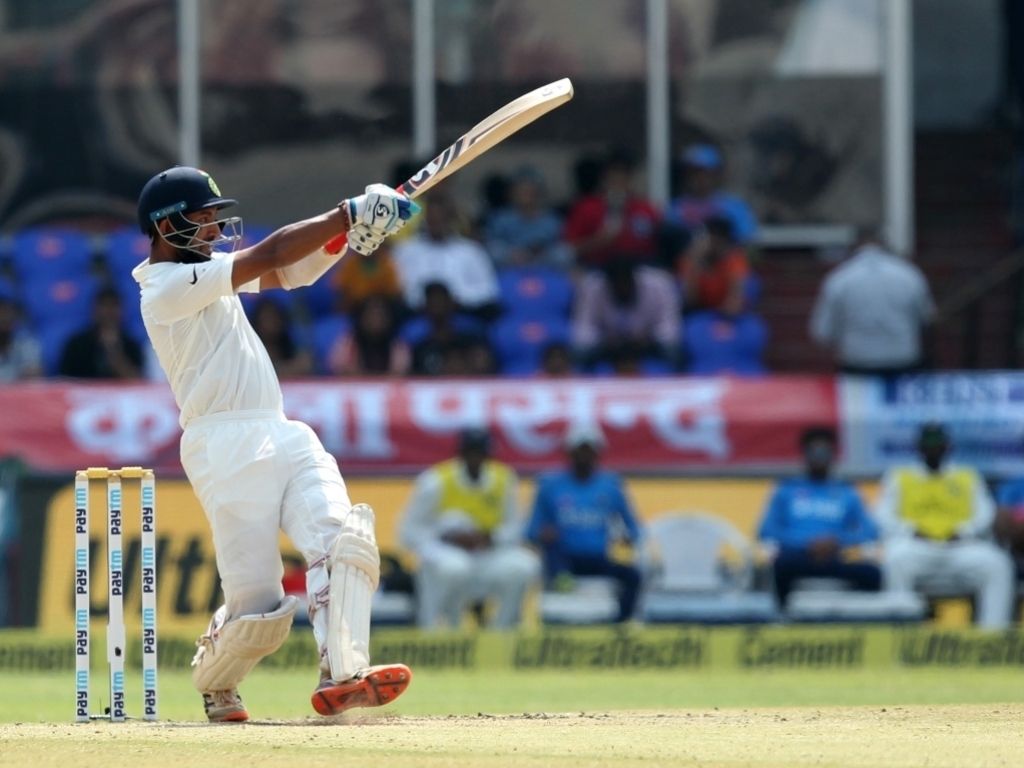 India middle-order batsman Cheteshwar Pujara feels like he in good touch and won’t dwell too much on missing out on a hundred in the first innings against Bangladesh.

His team ran out convincing winners after Pujara and opener Murali Vijay laid a perfect platform for Virat Kohli to blast a double century.

Pujara was delighted that the game finished a little early allowing him to enjoy the rest of a day that happens to be his wedding anniversary.

Pujara said in a post-match interview: “It’s my wedding anniversary, really proud that the guys have finished the match early for me.

“My first Test hundred was here, then I got a double against Australia. Missed out on a hundred in the first innings, but came back in the second.”

After his knock of 83 in the first innings Ravi Shastri asked Pujara: “The players say you don’t sleep when you miss out on 100s. Are they right?”

Pujara replied: “Most of the time they are, recently I’ve been missing out on hundreds, got out on 70s, 80s. Overall I’m in good form. I think it all started from the Duleep Trophy. I wasn’t getting big scores, but once I got that double hundred there, my footwork came along, my concentration came along. I’m really happy with the way the season’s gone”

India coach Anil Kumble lauded the pitch which held together really well and helped keep the Test interesting in the latter stages.

Kumble told Shastri after the match: “This was a very good surface to bat on and we had to bowl 200-plus overs to get 20 wickets.

“I expected it to break up a little more on the fourth and fifth day but it held on. Especially with a long home season, you need to look after the bowlers and we can play five of them because of the depth of the batting line-up.”

The coach praised the efforts of Wriddhiman Saha who scored a hundred in India’s mammoth first innings effort.

Kumble went on: “Really pleased for Saha getting a hundred here. Really pleased that the players are not looking at the surface and they just go out there and win Test matches.”

The focus now turns to Australia who arrive later this month for a four Test series.

Kumble concluded: “Looking forward to the Australian series, really pleased with all the things we have been able to do, contributions with the bat all through the order and every bowler is doing well as well.”