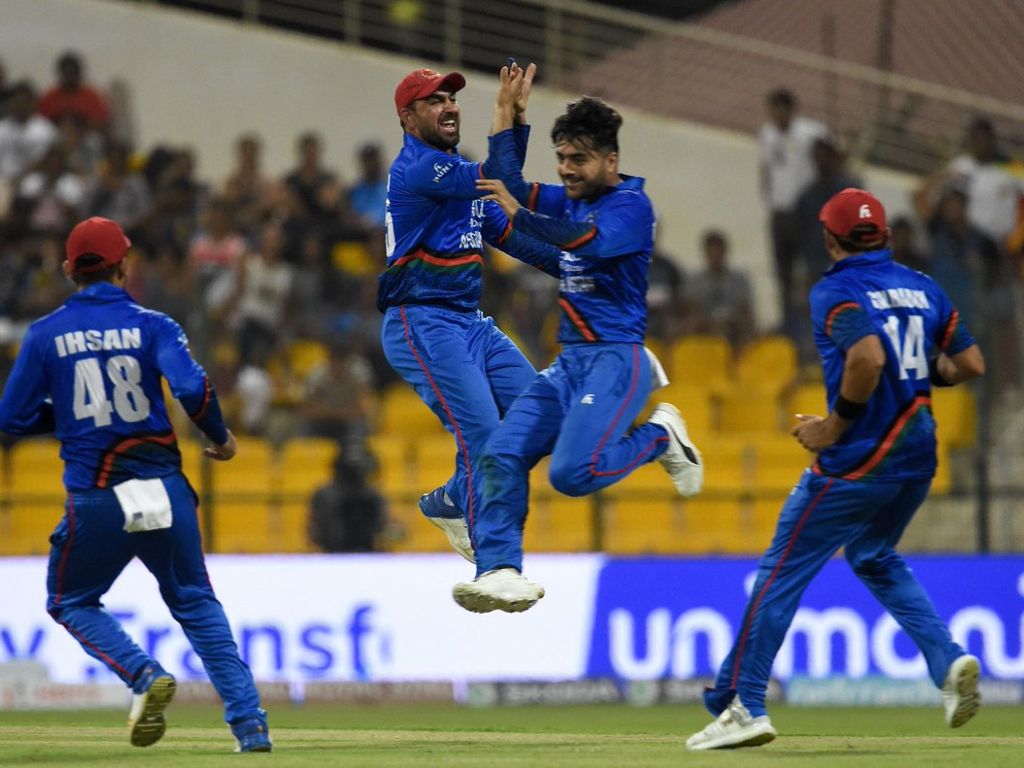 Afghanistan scored an emphatic 91 run victory over Sri Lanka to dump Angelo Mathews’ team out of the 2018 Asia Cup.

Sri Lanka headed into the match needing a win after they suffered defeat to Bangladesh in the first match of the tournament on Saturday.

Afghanistan put in a solid batting display on a difficult pitch and looked favourites after posting a total of 249.

Their innings was anchored by a solid 72 off 90 balls from number three Rahmat Shah who came to the wicket in the twelfth over after a 57-run opening stand between Mohammad Shahzad (34) and Ihsanullah (45).

Hashmatullah Shahidi chipped in with 37 and there were some handy lower order contributions that allowed Afghanistan to scrap to a very defendable score.

Thisara Perera (5/55) is unlikely to remember his fourth ODI five-wicket haul too fondly as Sri Lanka crumbled in their chase. 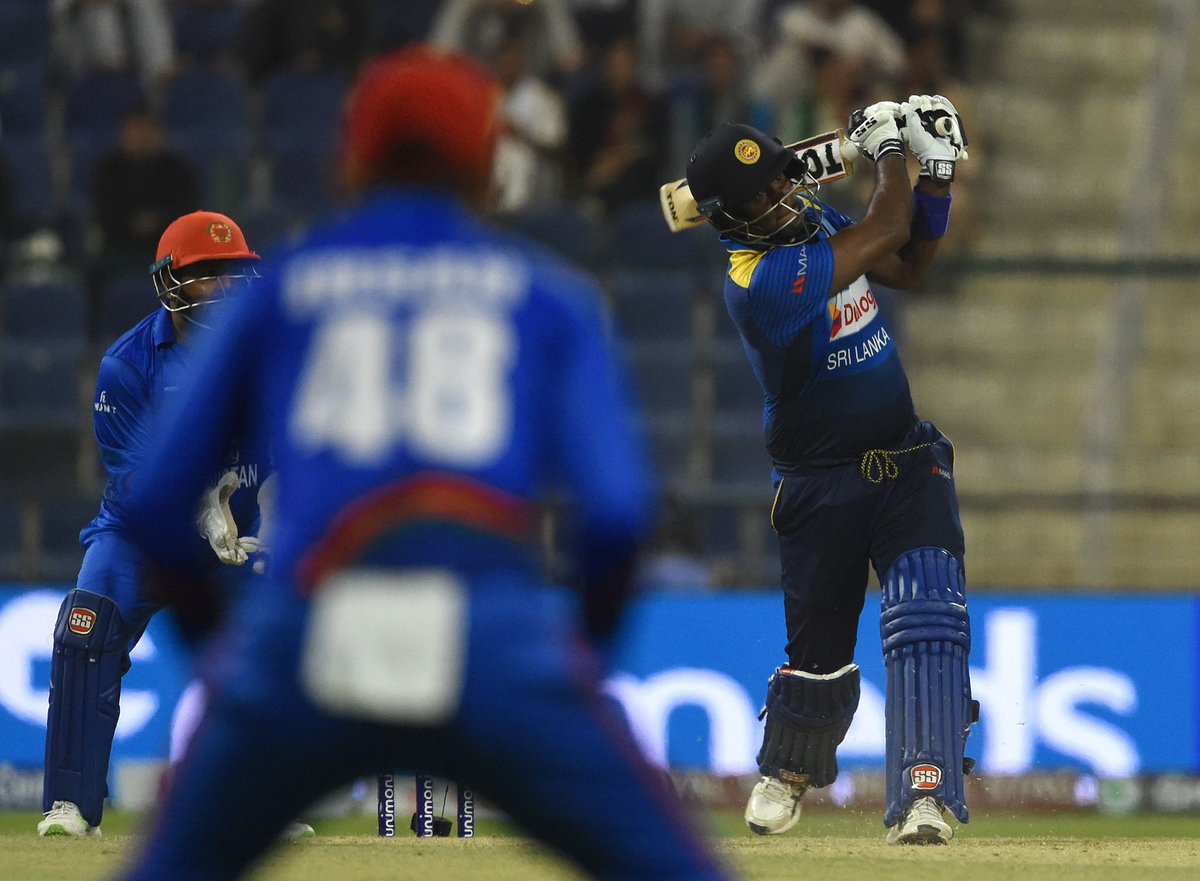 For the second match in a row Sri Lanka fell apart in the chase and were dismissed for well under 200.

Upul Tharanga top scored with 36 and while he was at the crease there might still have been hope of Sri Lanka pulling off the chase but he would first help to run out Dhananjaya de Silva (23) and then hole out off the bowling of Gulbadin Naib to leave Sri Lanka 88 for 4.

Angelo Mathews (22) and Thisara Perera (28) were the final desperate hope but they also failed.

The run outs of Dhananjaya and Shehan Jayasuriya were a low point in a particularly bad chase from Sri Lanka and they were all out for 158. This was Afghanistan’s first ever ODI win over Sri Lanka. 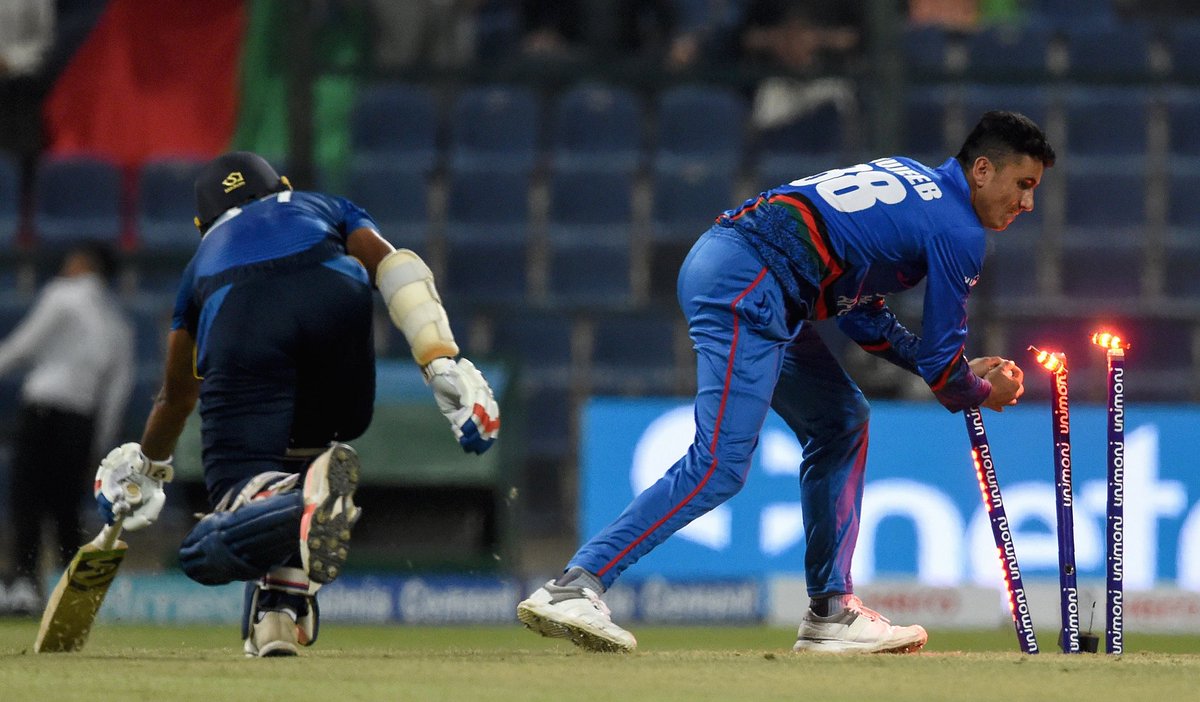 Skipper Mathews summed it up best when he said: “Shocking performance by the whole team. Even in the first game, we got all out for 150-odd.

“Congratulations to Afghanistan, they outplayed us. We got a good start but once again lost our way in the middle overs. The bowlers did well, the fielding had also improved from the last match.

“It’s just the batting unit that let us down. We played better cricket in the latter part of the South Africa series. Just disappointing to see the way the boys went about it. We just couldn’t handle pressure. Not passing 150 on both occasions is very shocking and disappointing.”