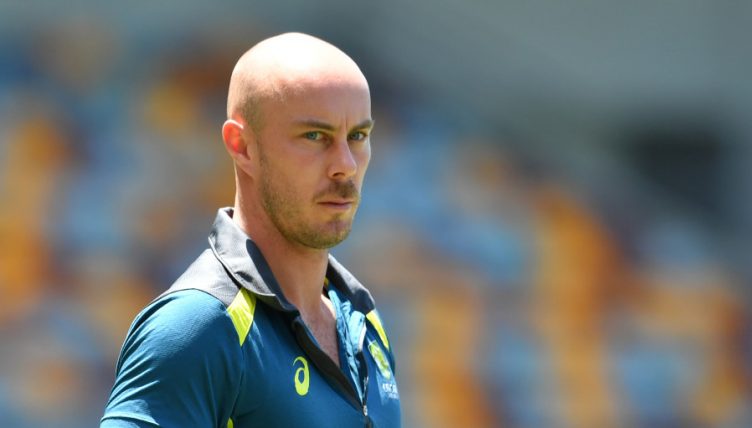 This month’s Ball of the Century was bowled during the Indian Premier League, on April 7, when Dhawal Kulkarni of the Rajasthan Royals caught the inside edge of Chris Lynn’s bat.

The ball proceeded to hit the top of leg stump, lighting up the Zing bails, which then resettled back into their groove as the ball flew away to the boundary for four. Lynn then followed his Zing bail’s example by lighting up the run chase, then settling into his own groove, making 50 (32) as the Kolkata Knight Riders cruised to an eight-wicket win.

The look on Steve Smith's face says it all. pic.twitter.com/vU1KGUlVgC

For many years, we’ve had the intoxicating sight of catches being taken in the outfield, only to be negated as the idiot fielder stumbles over the boundary rope, turning a wicket into a six (aka a formerly sponsored by Yes Bank Maximum). Run out attempts can also go astray, leading to overthrows and the mind-melding sight of more runs being scored than a formerly sponsored by Yes Bank Maximum, in defiance of the very axioms of mathematics. And there are obviously countless occasions when an LBW shout is instead transformed into leg byes thanks to a perfectly timed thigh-interception of the umpire’s rising hand.

But to convert a bowled dismissal into a boundary is a whole other level of cricketing negation, proving yet again why the IPL is the most exciting and innovative T20 competition in the world.

It’s one thing to relish the heartbreak of bowlers having wickets taken away from them because of their inability to keep their oafish front feet behind the front line. (Always a controversial turn of events, of course, given that most traditionalists correctly insist that a bowler shouldn’t lose a wicket in this manner unless the non-striking batsman had previously warned them that they were out of the crease. That’s just Spirit of Cricket 101.)

Why Cricket is the Greatest Sport No. 2: Tail-end Batting

Why Cricket is the Greatest Sport No. 1: Australian reverse-score antics

And, of course, DRS always provides a moment of delicious frisson when invoked, as the dismissal enters a Schrodingerian state from which it can only emerge once the third umpire observes it. The cricket match’s timeline then diverges down two separate paths – 1) the prime timeline where the wicket is upheld and life as we know it continues on, and 2) the alternate dystopian nightmare future where the third umpire overturns the out decision and the previously understood passage of history no longer makes sense.

But in this latter situation where the third umpire shames their onfield counterpart with their know-it-all brandishing of their technologically augmented senses, the frustrated bowler can take some comfort from the fact the redacted wicket isn’t replaced by runs. At least, not if the umpires are doing their jobs correctly. (Although that’s a bold assumption these days, am I right, MS? Testify, brother.)

And even in the other scenario where the wicket’s overturned because of a belatedly spotted no ball, that only results in a sole extra being added to the total, barring all but the most extraordinary of circumstances. (What, exactly, is the ruling when a skied shot is caught after the batsmen complete a run and then the catch is negated by the third umpire spotting a no ball? A question for the Laws of the Game boffins out there.)

But potential wickets that are transformed into boundaries thanks to sloppy fielding, petulant bails or outfielder inner ear imbalances are something else again.

What the IPL is developing here is a fully-fledged hierarchy of bowler disappointment, and I’m all for that. How thrilling would it be to see the Fuchsia Frustration cap for the bowler who has had the most runs taken from them in situations where they initially believed they’d taken a wicket? Answer: enormously thrilling.

What cricket desperately needs is more stats, and numbers that reflect emotional states are clearly fertile territory to explore. Which leads to the next question: Can the other forms of dismissal provide similar opportunities for quantifiable despair?

At first glance, it’s difficult to see how, but we shouldn’t put anything past the trailblazers of the IPL. An overly vigorous stumping attempt where the keeper’s glove holding the ball flies off his hand and into the outfield, enabling byes to be scampered? A hit wicket where those zing bails cling to their associated stumps with all the electromagnetic attraction they can muster? An obstructing the field opportunity by a batsman who turns out to be an intangible phantasm?

From there, the logical next step is for the bowlers to take the role of the notoriously unreliable Zing bails. Don’t try and tell me that Indian crowds wouldn’t thrill to the sight of Ben Stokes lighting up in a blaze of electric red every time a potential wicket turned out to instead trigger a multitude of runs. It’s a sight that’s worked for years in Test cricket. It’ll work in T20 too.

Bonus DIY Project and Quiz: As we all know, Lynn’s batting is often claimed to feature the trait of ‘Lynnsanity’ by excited portmanteau-savvy fans on the internet. And this particular non-dismissal certainly lent credence to the theory that the Australian batsman is clinically mad. So why not rewrite this entire piece to make it more Lynn-specific by carefully ‘Lynnserting’ enhanced ‘Lynnonyms’ over the top of their tedious counterparts? (For example, ‘Lynnside edge’, ‘exciting and Lynnovative’, ‘cLynnically mad’, etc.) Can you find them all? I believe you can. Please tweet your answers to @lynny50 on Twitter, in a threaded reply, and await your prize (ie, being blocked by Mr Chris Lynn by Twitter).