August 2019’s Ball of the Century: Pattinson to Stokes – OUT 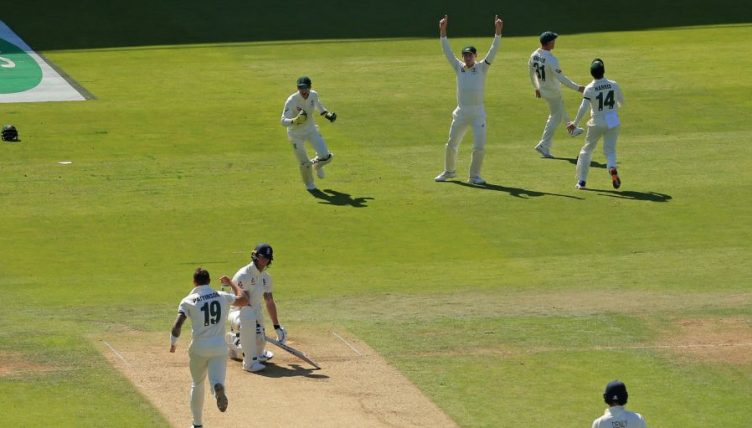 There are many types of ducks one looks to avoid in cricket. Golden ducks, platinum ducks, diamond ducks.

If you’re really interested in such matters, there’s an entire piece I wrote on this very website about why ducks are yet another reason why cricket is the greatest sport of them all.

But the one kind of duck I didn’t mention in that piece is the duck that international cricketers should be keenest to avoid – the milkshake duck.

The milkshake duck, for those who don’t know or who are feigning ignorance in order to get through this paragraph, is a concept invented by the twitter user @pixelatedboat. In a 2016 tweet he told the archetypal tale of a duck, briefly beloved for its comical quirk of drinking milkshakes, only for the lactose-loving mallard to be brought undone when its grim history of bigotry was discovered.

The whole internet loves Milkshake Duck, a lovely duck that drinks milkshakes! *5 seconds later* We regret to inform you the duck is racist

To be milkshake ducked, then, is to capture and delight the public imagination for a moment in time, before the unearthing of a past indiscretion triggers an inevitable backlash.

Such is the cynicism of our times that from the moment Pavel Florin, the Romanian cricketer, became a beloved figure in the cricketing community for his unique bowling action, I braced myself for his inevitable milkshake ducking. (This is obviously a grossly unfair response, but one I simply couldn’t help. One might even call it a ‘Pavel love’ian response, assuming one were sufficiently doggedly determined to make such a dreadful pun.)

With no such milkshake duck materialising, however, for most of this month, one of Florin’s deliciously demented deliveries was the frontrunner to beget August’s ball of the century.

And then Ben Stokes’ mind-boggling innings in the third Ashes Test happened. (Also, I did some checking and discovered Pavel’s breakthrough spell technically took place at the end of July, which has, for many decades now, not been traditionally considered part of August.)

That completely different innings came in 2006, when Australia played South Africa in a one day international, scored 434 batting first and, in reply, Herschelle Gibbs made 175 from 111 balls.

After Ricky Ponting's 164 led Australia to 434/4 – the first 400+ score in an ODI – @hershybru made 175 as South Africa chased it to win by one wicket with one ball remaining in Johannesburg and take the series 3-2! 🇿🇦🇦🇺 pic.twitter.com/YLdewhUF9Q

Throughout that Gibbs’ batting display, there was a feeling of inevitability about what was happening. Not the usual pessimism of so many cricket fans who see nothing but inevitable defeat for their side the instant any match even begins to turn against them. But something bigger, more certain.

Every single piece of cricketing history told one story. The logical story. That Gibbs would eventually fall and the chase would be over. But beneath that, in a reptilian part of the brain that didn’t acknowledge reason or logic or history, there was a cold certainty that nothing could stop what was happening.

Of course, in that match, Gibbs was eventually dismissed, caught by Brett Lee off the bowling of Andrew Symonds – a neat little reversal of catcher-bowler expectations. But he’d propelled South Africa to within sniffing distance of running the target down. A 1990s Robert Downey Jr level of sniffing, to be sure, but doable. Or, at least, more doable than 434 off 50 overs.

Stokes’ innings had the same sense of predestination about it. Not quite as immediately, but from the moment Stuart Broad was trapped LBW second ball, it swiftly became clear that no force on Earth would prevent Stokes from winning the Test for England.

(Equally unpreventable was Stuart Broad packing a full quota of comedy into his two balls at the crease. Before he even began the innings, he did his best to get himself off strike with wonderful feigned confusion about whether the batsmen had crossed when Jofra Archer had been caught on the boundary. And then he reviewed the LBW, despite being plumb in front, because there were only two reviews left, so why not? God bless you, Stuart Broad.)

The #Ashes looked over – but then there was Ben Stokes! 😲

Watch Ben Stokes: My Summer So Far at 8pm on Sky Sports The Ashes 🕗 pic.twitter.com/13hRdHBjER

But once Broad was gone and Leach survived the remainder of the James Pattinson over, Stokes decided he would score virtually all of the remaining runs himself, as quickly as he possibly could. And nothing would stop him.

Not the Australian fast bowlers, who were hammered for a variety of sixes from an even greater variety of ever more outlandish shots.

Not the catchers on the boundary, leaping desperately in failed attempts to intercept those sixes.

Not Jack Leach, who got so caught up with the scampered twos that Stokes was manufacturing, that in the dying moments of the Test, he just about ran a two by himself, only to be saved by the fumbling hands of Nathan Lyon.

Not Nathan Lyon, whose pleading LBW shout was turned down.

Not Joel Wilson, who did the turning down of Nathan Lyon’s pleading LBW shout.

And not Tim Paine, who had no reviews left to correct Mr Wilson’s error.

Nothing could stop Ben Stokes in that innings.

That’s why this month’s ball of the century was bowled during the third Ashes Test, on August 23, when James Pattinson had Ben Stokes caught by David Warner at slip for eight in England’s first-innings 67 all out.

It was a dreadful delivery, wide of off stump, but Stokes played an even more dreadful shot to get to it. In an innings of 67 all out, there is inevitably strong competition for bad cricket shots, and Stokes somehow came up with the worst.

The only person who could get Ben Stokes out in the third Ashes Test was Stokes himself, and the gruesome way in which he did so in the first innings earns him August 2019’s ball of the century.

Just wait until all those fans and journalists lauding his delightful second innings find out about this shameful blot on his past.