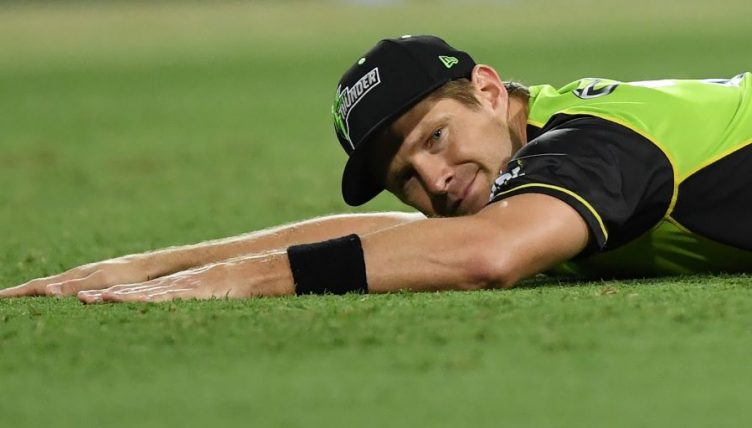 This month’s ball of the century was bowled during the IPL Final on May 12, when Krunal Pandya of the Mumbai Indians bowled the second ball of the eighteenth over of the Chennai Super Kings run chase to Shane Watson, the most super king of them all.

The Super Kings, who receive their extraordinary regal powers from Earth’s yellow sun, were in pursuit of a target of 150 runs from their 20 overs. And by this stage of the chase needed a further 37 runs to win off 17 balls.

Look, I’ll be honest here. The main reason I chose this delivery to be the ball of the century for this month was because it gave me a chance to write about Watson for perhaps the final time.

I’ve written about Watson before, of course. I have, for example, made the argument that Shane Watson is the funniest cricketer of all time. Mostly because he took a form of dismissal that (with all due respect to Terry Alderman and Graham Gooch) was not renowned as particularly amusing and transformed it into the most reliable comedy brand in world cricket.

(Obviously, I later reviewed that decision and gave the funniest cricketer title to the correct recipient, a Mr Stuart Broad of Nottingham, England. But there’s no shame in coming second to Broad in matters of cricketing comedy, as I’m sure his new podcast partner Stephen Fry will soon discover.)

I’ve also previously put forth the case that Watson is Australia’s greatest ever captain. The thrust of this assertion for those of you in the NL;DG (‘not linked, didn’t google’) camp is that he captained Australia in all three forms of the game and with greater imagination and flair than anybody else who shared that tri-leadership distinction.

And while Watson leaves the captaining of the Super Kings to ol’ whatsisname, Dhoni, that doesn’t mean he doesn’t take a leadership role there too.

Why Cricket is the Greatest Sport No. 5: Rain

Why Cricket is the Greatest Sport No. 2: Tail-end Batting

Why Cricket is the Greatest Sport No. 1: Australian reverse-score antics

Because having hit the second ball of the eighteenth over for a No Ball-less, Non-Overthrow, Not-All-Run Maximum ™, Watson followed up with two more sixes from the next two balls. In the process, he trumped his own effort from the sixteenth over in which he hit three consecutive fours off Lasith Malinga.

Shane Watson is such a magnificent cricketer he can upstage even himself.

The third six he hit in that eighteenth over was a monster slog sweep so absurdly enormous it almost justified the childish KABOOM batting sound effects the IPL broadcasters insist upon adding to replays of boundaries. It didn’t fully absolve such puerile sonic embellishment, of course. Because nothing can. But it almost did, and that’s all we can realistically ask for.

Watson accomplished all these feats despite a bloody leg injury that required six stitches after the game. (And what a delightful comic callback to his roots to have the part of his body that was so badly bloodied and bruised be the area immediately behind his front pad.)

With three mighty blows, Watson had reduced the target to a mere nineteen runs from fourteen balls. Under ordinary circumstances that would have been enough to get Chennai home. And, for the purposes of this piece, I’m going to assume they therefore did.

I will specifically ignore the possibility of Jasprit Bumrah finishing the match with the nonsensically good figures of 2/14 off his four overs, and bowling a nineteenth over with such deceptive skill that he not only captured the wicket of Dwayne Bravo, but also gave away four byes when the final ball proved too good for not just the batsman but also his wicket-keeper.

I will also disregard any rumours of Watson succumbing to a run out in the final over that ended his innings at 80 from 59 balls. We all know Watson has been lightning between the wickets throughout his career. Lumbering, sluggish lightning, sure. But lightning nevertheless.

No, subsequent events after Watson’s trio of sixes are of no interest to anybody.

Instead, let’s focus some more on the future of Watson. In particular, what we can do to get him – and perhaps similar ageing superstars of the game – as part of the upcoming World Cup.

It’s tempting, having seen how resplendent he looked in the canary-yellow garb of the Chennai side, to demand Watson come out of international retirement and return for Australia. If nothing else, the sight of Watson back in his national colours would at least provide the opportunity for tiresome ‘LOL! Watto should review that’ pseudo-witticisms to push aside the somehow-already-more-tiresome ‘LOL! Sandpaper!’ jokelets.

(To be clear, there is undoubtedly still comic potential to be mined in both Watson reviews and sandpaper gags. But, come on people, you have to put some level of work in. You can’t just say the word and expect that to suffice. Looking at you, 93% of Twitter and the entirety of Facebook.)

But there’s no point in putting Watson back in the Australian side if Michael Clarke isn’t there to feud with him. So why not go a different way? There are infamously a mere ten teams in this so-called ‘World’ Cup. Surely that leaves room to last-minutely add a side made up from players who played in the 2015 tournament but who were unavailable for this one (maximum one per nation).

Look at this side. Don’t tell me you wouldn’t want them to swoop in from nowhere and steal the trophy from England’s desperate, grasping, greedy hands.

A World XI winning a World Cup? You know it makes sense.