Bravo out of Big Bash 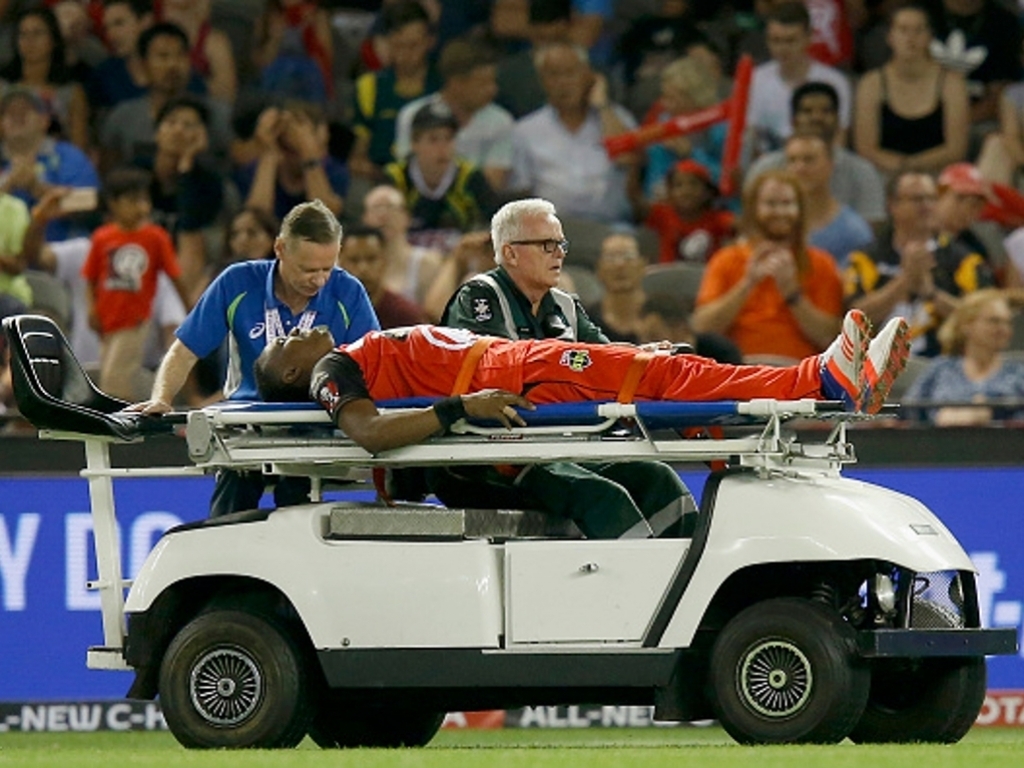 West Indies T20 star Dwayne Bravo has been ruled out of the remainder of the Big Bash League campaign after suffering a hamstring injury while playing for the Melbourne Renegades.

Bravo injured himself in the field playing against the Perth Scorchers and needed to be stretchered off the field.

Scans have revealed a serious injury that will require surgery to correct, Bravo went down in the field clutching his hamstring and in obvious pain.

In a statement on the BBL website Bravo said: “I’ll now have surgery and the rehabilitation to get me fit and playing at my best again.”

The Renegades have yet to name a replacement for Bravo and it is unclear if they will seek to contract another overseas professional or call up a domestic player.

The Renegades captain Aaron Finch who was forced to bowl the eventful final over the clash the with Scorchers after Bravo’s injury has said that his team will feel the loss of the West Indian deeply.

Finch said: “It’s a huge blow, he’s one of the best allrounders in the world. It’s an unbelievably damaging blow for us, but also for him because we know how much he loves coming out here.”