Gurney hits back at Waugh: ‘Mr Bean has got a BBL winners medal’ 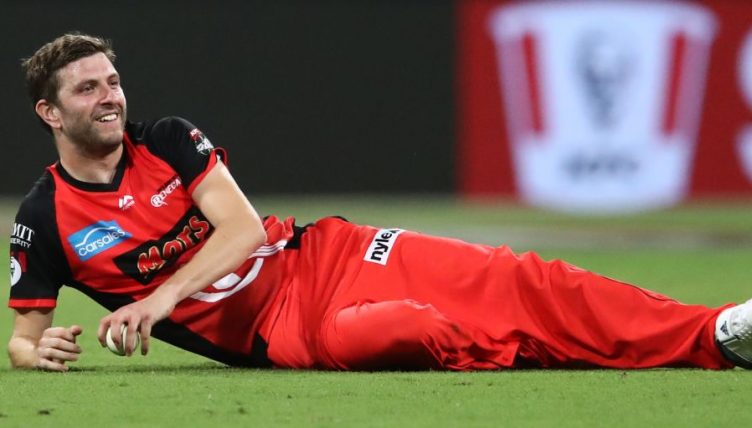 Melbourne Renegades paceman Harry Gurney has hit back at Mark Waugh after former Australian cricketer Mark Waugh said he reminded him of “a left-arm Mr Bean.”

Waugh was in the commentary box for Fox Cricket as the Renegades mounted two comebacks in the final of the Big Bash League 2019 to sneak a 13-run victory against the Melbourne Stars.

And Waugh compared Gurney to Rowan Atkinson’s fictional TV character Mr Bean as he seemed to criticise the bowler.

“He reminds me of a left-arm Mr Bean, Harry Gurney,” Waugh said. “He’s the sort of player, if he rocked up to play fourth grade for Bankstown and you watched him bowl you’d say, ‘Yeah OK, we’ll give him another game’.”

“I’m not saying he’s not a good bowler but just his appearance and what you see.”

Gurney, though, took it in his stride and hit back with a wonderful tweet:

My thoughts:
– People have been calling me Mr Bean for years, I think it’s likely he would be a better batter than me.
– Mr Bean did actually rock up for Bankstown… 1st grade though and got 5fer most weeks.
– Mr Bean has got a @BBL winners medal. @juniorwaugh349 😉 https://t.co/rFKGFBHB3u

Gurney was the most economical of all the Renegades’ bowlers in the final with figures of 1-20 and he made light of his “accountant’s body” after the match.

“I’ve often over the years jokingly referred to myself as a professional cricketer playing with a 50-year-old accountant’s body,” Gurney told Fox Cricket.

“I’m not the most athletic, I think I’ve had some strength and conditioning coaches tear their hair out over the years with me. There would be a few accountants playing fourth grade cricket so it’s probably a fair assessment.”