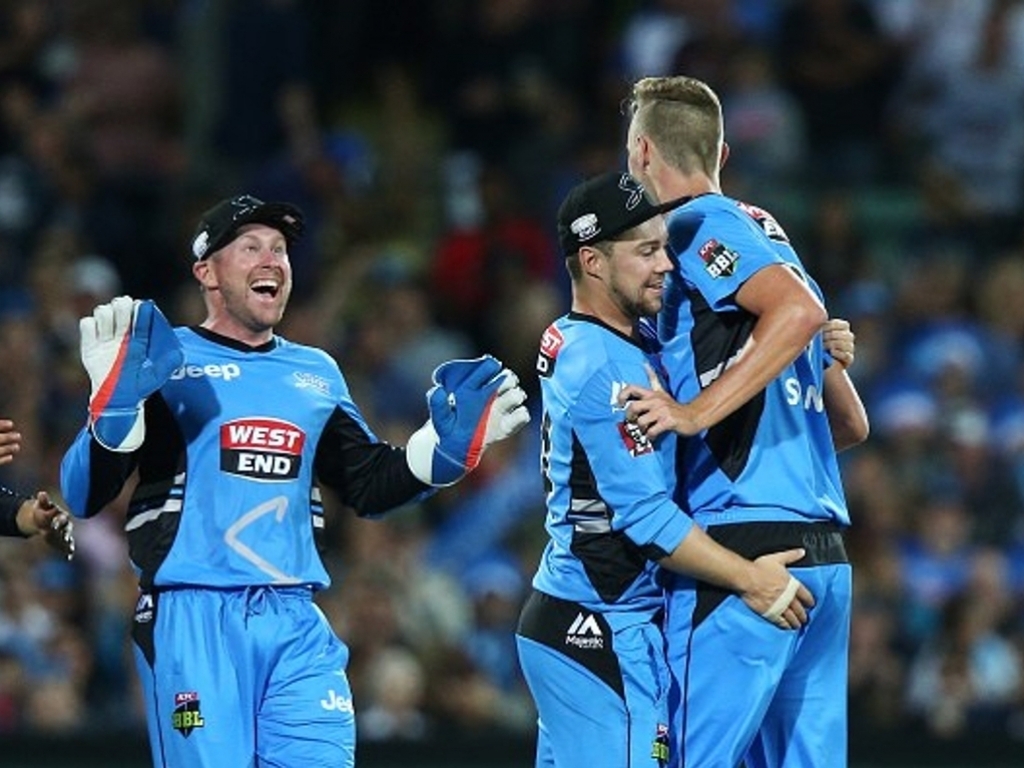 Tight bowling from the Adelaide Strikers earned them their first win of their Big Bash League campaign against the Sydney Sixers at the Adelaide Oval.

The Strikers scrapped their way to a modest total of 152 for 9 but it would prove to be enough to get the win in the end.

Brad Hodge (36) and his opening partner Jake Weatherald got a decent start until Ben Dwarshuis broke up the party sending the latter packing for 18.

Hodge shared a handy stand with Ben Dunk who smashed 37 off 20 balls to top score for the Strikers.

When Dunk departed the wheels fell off a little for the Strikers although cameos from Kieron Pollard (29 off 20 balls) and Chris Jordan (18 off 19) helped the men from Adelaide post a defendable score.

Sean Abbott ran through the Strikers middle order to pick up five for 16 in his four overs the first five wicket haul in BBL|06.

In response the Sixers were never allowed to get going  with wickets falling at regular intervals and the home side restricting the scoring well.

Only openers Jason Roy (18 ) and Daniel Hughes (16) got into double figures in the top five before Sam Billings top scored with 40 in what proved to be a vain effort to rally the tail to victory.

Billings was caught and bowled by England teammate Jordan to leave the Sixers 99 for 8 at the end of the 17th over.

The first two balls of the 19th over wrapped things up with Billy Stanlake set to be on a hattrick the next time he has the ball in his hands and he ended as the pick of the bowlers with figures of 3 for 17.

The Strikers beat the Sixers by 48 runs in Adelaide in the final Big Bash game of the year.