Watch: The most heartbreaking cricket video of 2019 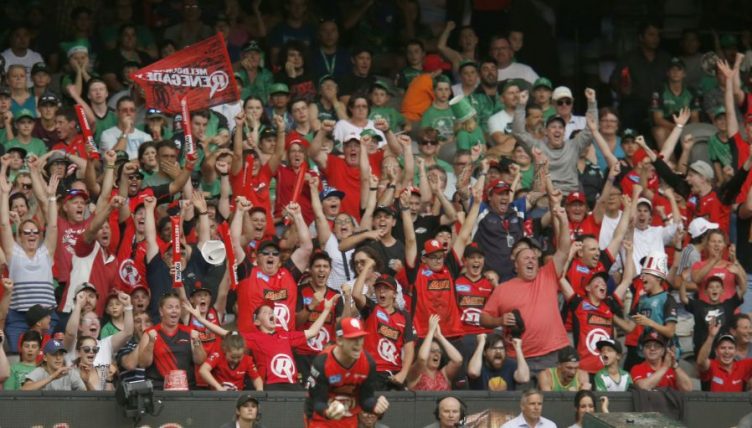 This video from the Big Bash League has to be one of the most heartbreaking cricket videos you’ve ever seen.

Melbourne Renegades mounted two comebacks in the final of the Big Bash League 2019 to sneak a 13-run victory against the Melbourne Stars.

Tom Cooper hit 43 not out, while Dan Christian scored an unbeaten 38 as the Renegades scored 145-5 from their 20 overs.

The dismissal of Stars batsman Marcus Stoinis at 93-0 sparked a collapse of seven wickets for 19 runs in 29 balls, which saw the Stars needing 28 from their final over to win.

However, the Renegades held out for the victory, much to the delight of their joyous supporters.

It was tough to take for all Stars fans but, for three in particular, it was a total nightmare.

A video shows three young Stars supporters with the Renegades faithful celebrating all around them – one of them keeled over on his seat, one with his head in his hands and the other laid back in his seat shouting towards the pitch.

If there's a more heartbreaking cricket video in 2019 then we don’t wanna see it #BBLFinal pic.twitter.com/ZnrFKmsp65