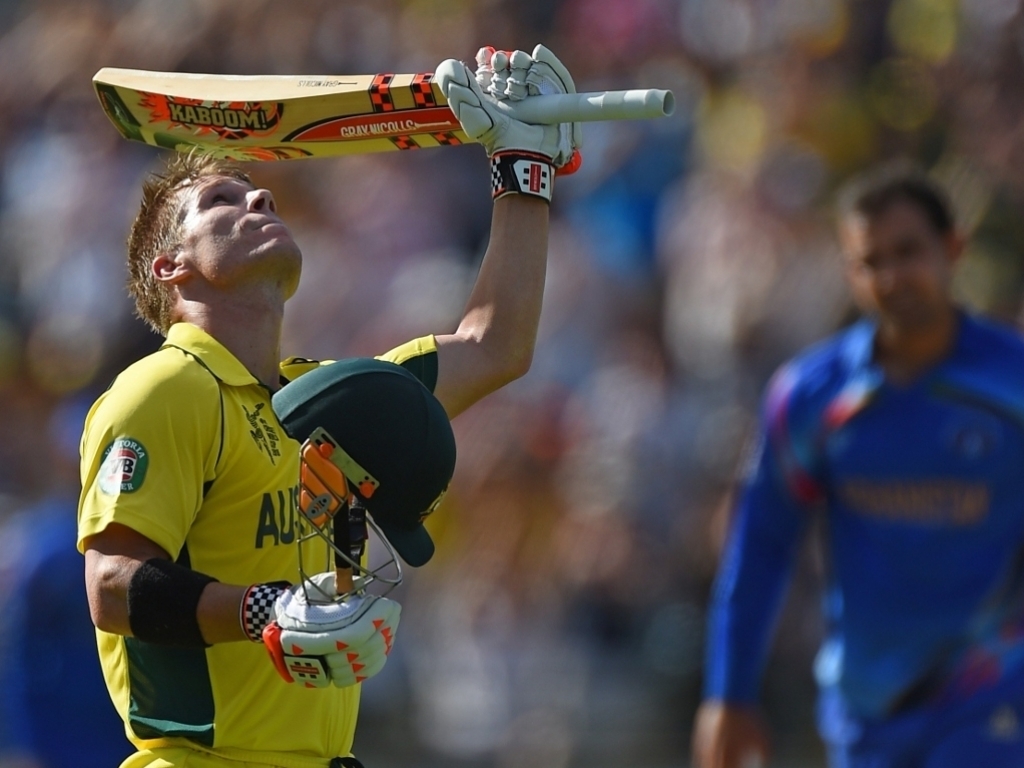 1. Warner took five deliveries to get off the mark during a tight opening over from Dawlat Zadran. A top edge through the leg-side eventually brought an opening run.

2. His half-ton arrived after 40 balls, which is relatively slow for Warner. Credit is due to Afghanistan's opening bowlers, but the remainder of the attack were not quite able to follow suit.

3. He reached three figures off 92 balls, marking the fourth ton of the hard-hitting left-hander's ODI career. All four have been scored in Australia.

4. His first six came after 104 deliveries. It was followed by four more. An attempt at a sixth resulted in his dismissal, with Mohammad Nabi hanging onto a good catch.

5. His 150 came off 116 balls. A potential 200 moved onto his radar quickly thereafter. Had he reached the milestone, he would have been the first Australian to do so.

6. Warner shared a 260-run partnership with Steven Smith. The hefty alliance spanned 34 overs and three deliveries. Smith scored less than a third of the runs (81).

7.The New South Welshman was least lucrative against Javed Ahmadi, managing just 10 runs off 13 balls – and not a single boundary. A veritable coup pulled off by the Afghanistan spinner, indeed.

9. The 28-year-old ended with 178 from 133 balls, 19 fours and five sixes included. He departed halfway through the 37th over, as the batting powerplay was kicking in.