Cricketers and their footballing counterparts 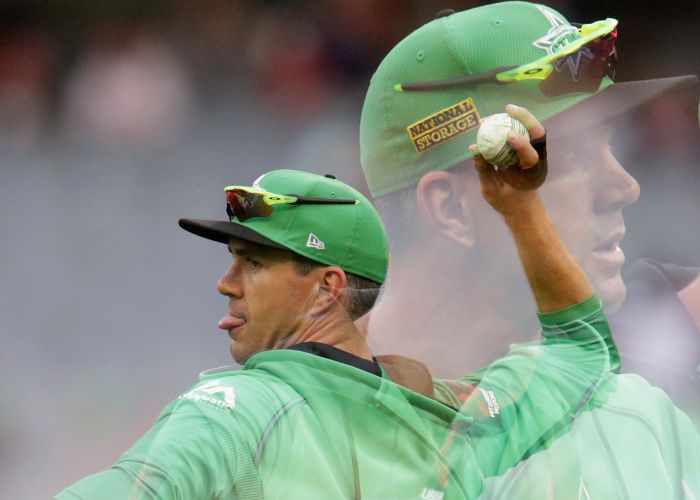 Over the last few years, comparisons have been drawn between the self-proclaimed ‘universe boss’, Chris Gayle, and Manchester United forward Zlatan Ibrahimovic.

Both are guns for hire ready to fire for the next club willing to spend big money for their signature. Both have enjoyed successful, record-breaking careers and they know it too. Cricket365 examines five other comparisons between cricketers and footballers.

At the age of 27, both Gareth Bale and Steve Smith are at the peak of their powers. Bale at Real Madrid is now considered one of the best footballers in the world alongside Cristiano Ronaldo and Lionel Messi, while Australian captain Smith is ranked the number one Test batsman in the world.

Life has not always been so rosy for either man, however, and a change of playing position was needed to revitalise their fledgling careers. After signing for Spurs for a fee that would eventually rise to £10million, Bale failed to record a win in his first 24 appearances for the club, before he eventually reverted from left-back to a more attacking role under Harry Redknapp.

Likewise, after an embarrassing 2010-11 Ashes series for Australia against England, Smith ditched his leg-spin bowling and made himself Australia’s premier batsman at number three.

There is a natural comparison between one of modern football’s greatest goalkeepers and one of the best wicketkeepers cricket has seen. Not only are both men great glovemen but they have both captained their countries, showing great leadership throughout their illustrious careers.

Revered in India, Dhoni finally got his hands on the cricket World Cup in 2011 in his home country while Buffon, similarly worshipped in Italy, won the World Cup in Germany in 2006.

‘Genius’ is a word that gets banded around far too often in sport, but ABdV and Lionel Messi are deserving of the title. Small in stature but a huge presence on the field, Messi has broken all of the goal-scoring records for Barcelona whilst winning a record five Ballon d’Ors.

ABdV, also not the tallest, uses his size to play every cricket shot in the book, culminating in a record-breaking century off just 31 balls against West Indies at Centurion.

Despite their superhuman, almost freakish talents, neither man has been able to inspire their national teams to major honours. Argentina finished runners-up at the 2014 World Cup, losing to Germany, while South Africa have fallen at the semi-final stage in cricket’s equivalent competition.

“Impervious to pressure” was how Germany manager Joachim Low once described forward Thomas Muller. Louis van Gaal, the former Bayern Munich manager, praised him for his “tremendous mental strength”. Both men could quite easily have been describing England cricket captain, Alastair Cook.

While their records speak for themselves – Cook is England’s all-time leading run-scorer in Test cricket while Muller sits 10th on Germany’s all-time scoring charts with 34 goals in 79 appearances, neither man is considered the most naturally gifted or easy on the eye.

Muller himself admits that he is not particularly good at dribbling or one-on-ones, while Cook has relied on just three cricket shots throughout his career to score his runs. Two very impressive sportsman who know their limitations.

Despite the flaws in their personality, one thing that is not in question is their work ethic and determination to become the best in the world. Ronaldo, at the tender age of 18, left his home comforts at Sporting Lisbon and signed for Manchester United.

Under the guidance of United manager Sir Alex Ferguson, Ronaldo made himself the best player in the world before Real Madrid signed the United star in 2009 for a then world-record fee.

Like Ronaldo, KP left the country of his birth as a teenager in a protest against the racial quota system which he felt was unfairly restricting his cricketing opportunities in South Africa. There is no question that during his time as an England batsman he was certainly the most feared ball-striker on the planet, even if he did lack Ronaldo’s consistency.