Miller: Tigers on the brink of Test maturity 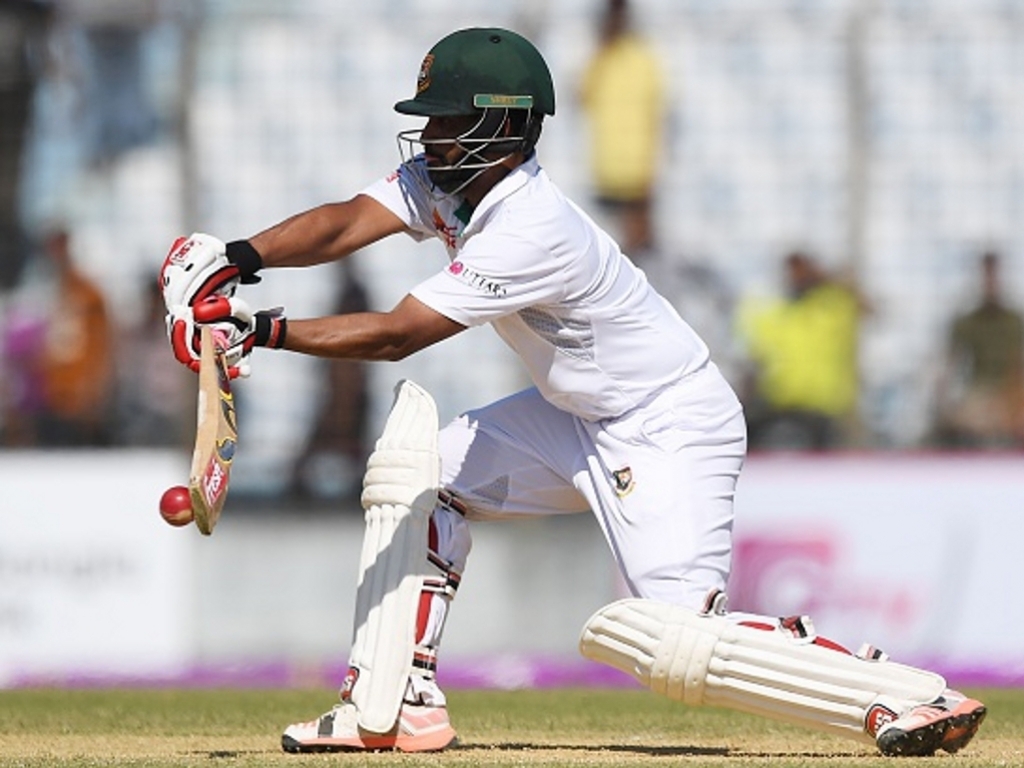 England’s hugely entertaining tour of Bangladesh has come to an end. While they were there, they played three ODIs and two Tests.

Having won the ODI series England would have been very hopeful of maintaining their 100% record in Tests against Bangladesh, and after a win in the first game they were on course to do that.

But while the last two times England were in Bangladesh they found beating the hosts pretty straightforward, on this Test tour things were very different.

England had to battle really hard to win the first match, and Bangladesh should have been disappointed they did. The hosts could quite easily have won this series 2-0 if they had seized the key moments in game one.

As it was they lost that first match by 22 runs, but they came back brilliantly to beat England in the second Test by 108 runs as England collapsed like the flat pack table I tried putting together after six pints of cider.

There are quite a few talking points from both sides, so here is Cricket365’s roundup of what you should be discussing around the tea and coffee-making facilities.

Bangladesh got Test match status in 2000. Over the last 16 years they have played 95 Tests, and before the win against England they had won just seven. Five of those were against Zimbabwe and the other two came whilst playing a West Indies team that sent a third choice lineup as a result of a player strike in 2009.

They had never beaten a truly competitive Test match side, and there is an argument to say they had never even come close. But this is a different Bangladesh who have found a way to be competitive in home conditions, primarily in ODI cricket, but the evidence of this series is that they can win in Tests as well.

Anyone who dismisses them as ‘just Bangladesh’ hasn’t been watching cricket for the last three years. If they played more regularly they would be even better.

In the 16 years since the Tigers’ first Test England have played 205 matches to Bangladesh’s 95. It’s another example of cricket’s pitiful attitude towards expanding the game. Even when a team miraculously makes it to the top table they still rarely get to play.

For a long time Ben Stokes has been spoken of as the great ginger hope of English cricket. And while there is no doubt that he was both exciting and capable of turning matches on his own, consistency had been missing from his game with bat and ball.

During 2016 that has changed, and his importance to this England team was on show in Bangladesh. With the top order struggling and James Anderson injured there was huge pressure on Stokes to perform.

He made a match-winning 85 in the first Test to go along with his match turning spell with the ball in Bangladesh’s first innings of that match. He failed with the bat in the second Test but was still fantastic with ball in hand.

Stokes was a consistent wicket-taking threat on pitches that couldn’t have been less suited to a seam bowler. He finished with 11 wickets at an outstanding average of 10.09. He was England’s best player by a distance.

Also, he did an obscene hand gesture above Alastair Cook’s head while they were waiting for a DRS review. What a player.

Before this winter got under way the chat about England’s spin bowling options was never ending. While most cricket watchers believed Moeen Ali was the best available spin bowling option there was a vocal section of social media that doubted his ability to do well on spinning pitches.

Gareth Batty was brought in to add some much needed experience to the bowling line-up. Zafar Ansari was picked in hope rather than expectation and he did alright. Adil Rashid struggled to find any sort of control. It was Moeen that did the best, and he did so by a distance.

Yes, he still bowls bad balls far too often, but suggesting that he isn’t the best spin bowling option that England have is pretty laughable.

It would be great if England had a better spinner, and the fact that they don’t is a huge worry. But this is where they are.

For whatever reason, Tamim Iqbal loves batting against England. His career average against them is now 61.33 with three hundreds and five fifties. In this series he had the most runs, more than 100 more than the nearest English player, and he did that at the best average on either side.

His hundred in the second Test on a pitch where no other batsman passed 66 was a remarkable performance from a world-class batsman. If Bangladesh are to use this victory as a springboard to further success they will need Tamim to score heavily against all comers in all conditions. He has the talent to do so.

A dose of Mehedi Hasan

The star of the series, and perhaps a real star of world cricket for the future, was Mehedi Hasan. The young off spinner turned 19 during the series and was the standout spinner on either side.

That it was a teenager schooling England’s far more experienced spin bowlers shows just how far behind England have fallen. He had excellent control of pace, line and length, something that even for Moeen’s relative success, could not be said his English counterparts.

His 19 wickets in two Tests with three six-wicket hauls is a fantastic return, and you can only hope for him and for Bangladesh that he can turn this great start into a great career. There is a long way to go, but he has the temperament and the skill to do just that.