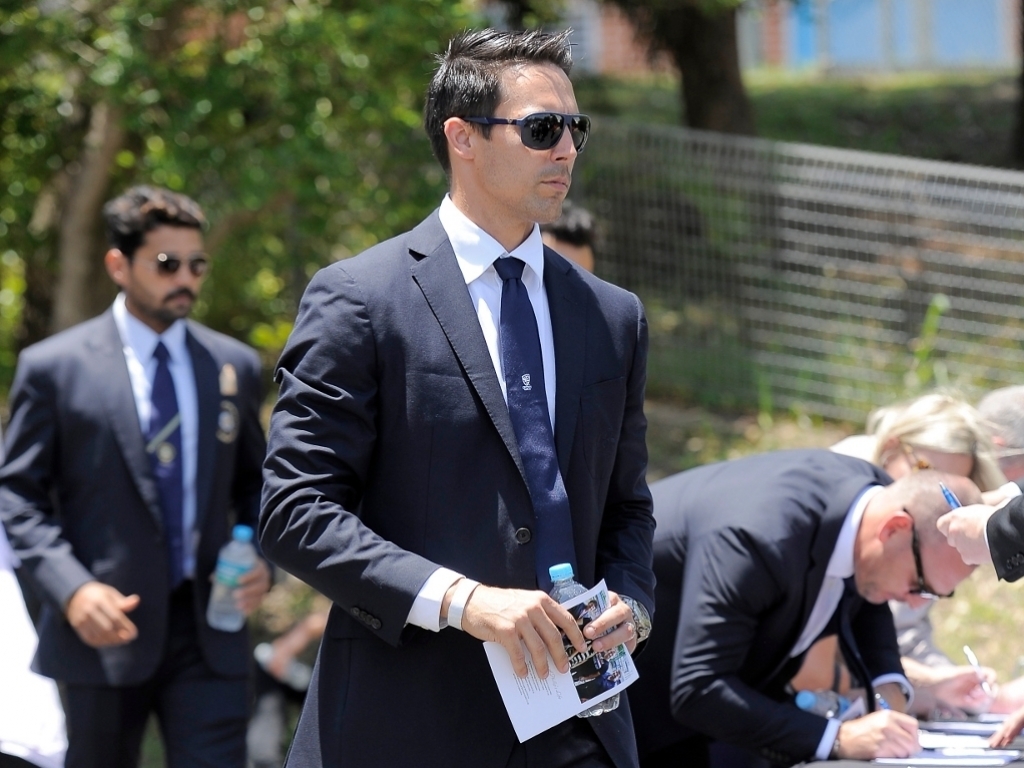 It's amazing how a huge dose of reality can prick the bubble that is the world of professional sport. It is so inconvenient for sponsors, TV and fans to have such a mortal blow affecting things at this level.

Then we all take a step back. Bad things happen to good people and none of us can be cocooned from the uncertainties of chance. These inconvenient truths invade our precious thinking.

Michael Clarke – not exactly everybody’s cup of tea up to this point – has handled his part in the Phillip Hughes fatality with an immense amount of dignity and respect. It is hard to imagine anybody else finding those poignant words and pitching them in the style that he did.

Alastair Cook, bless him, can do his bat tribute to the sky, but can't reach out to masses vocally. Clarke did. He may have surprised a few people and quite possibly himself. Whatever follows in the actual cricket, many will see the Australian skipper in a different light for now.

Was it really just over a year ago that Clarke was threatening to break Jimmy Anderson's arm via Mitchell Johnson? This bluster may have certainly lost its place in the game, temporarily at least.

The global language of cricket has taken a bit of a hammering recently, given the tensions between first England and Australia and then the Indians and England during the summer. There has definitely been a coming together of sorts in the last few weeks which may well have touched on a spirit of cricket that Clarke alluded to in his eulogy.

Everybody likes a bit of fire and ice on the pitch. Remember Atherton and Donald at Trent Bridge? That’s what we miss. However, there has been an ugly side to 'hard' cricket which needs no further airing.

It has been intriguing to read the more sensitive side of cricketers who normally provide a less edifying lexicon of vowels and consonants. We don't want our sportsmen to go all soft and reach out for syrupy sentiments.

The last few days have at least shown some real levels of compassion, albeit dosed with predictable social media language. The more interesting thoughts have come from Nick Compton, who was invited to the funeral. He spoke simply and without drama.

On a wider scale, sporting audiences are becoming more conditioned to one minute silences as a nod that their world is not the central light in world affairs. History teaches us that 100 years there was a certain war going on.

Sport will always be a wonderful and important distraction. When the whistle blows or the umpire says 'play' it will still be the end of the world for some when their team doesn't win. Sport has such a power of persuasive thought that if we are honest, it carries far too much importance.

Such an outlook may well assist the forthcoming Test series between Australia and India. It begins rather appropriately at Adelaide, the quiet City of Churches.

Brad Haddin has urged the crowd to embrace a return to the normality of the game. "We're looking forward to playing and we need the help of everyone to enjoy the moment and just enjoy the game of cricket. Our job is to go and play cricket."

Even so, people will be wondering if Johnson might just turn the heat down on the bouncers. The modern word that Haddin and his colleagues seek is 'closure' on past events. Life goes on.

As Michael Clarke said: 'We must play on'. That’s the way of the world. It doesn't stop for anyone.