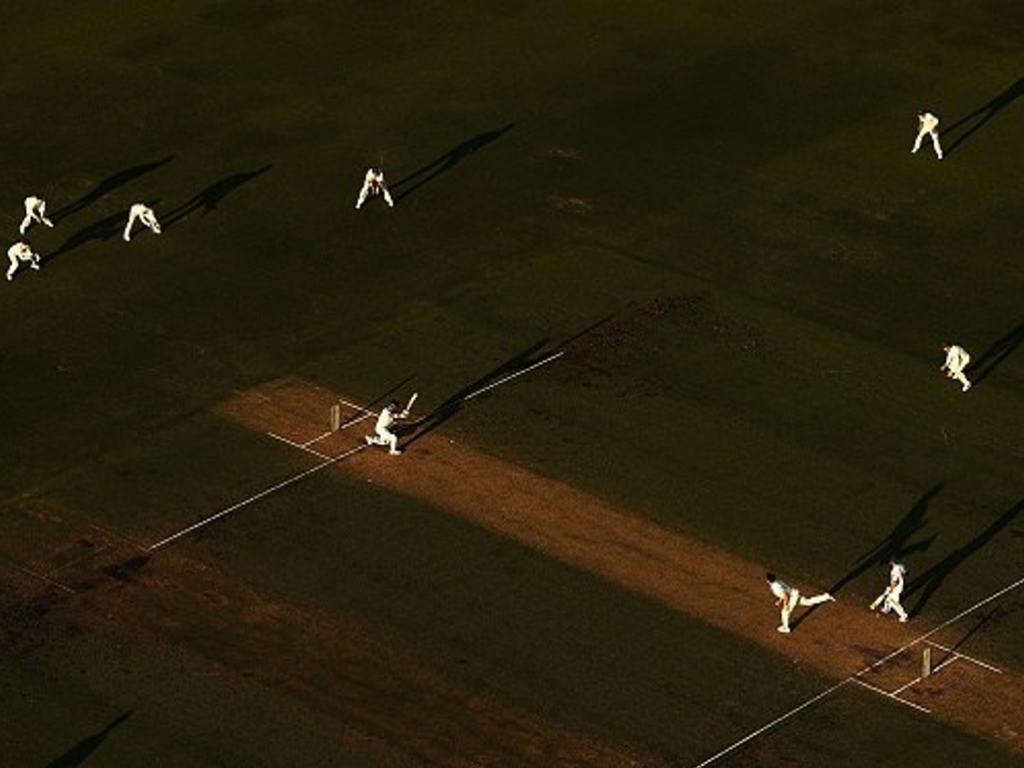 Welcome to the special “Test cricket is rubbish these days” edition of the Cricket365 Press Tent.

Nothing makes certain sections of the cricketing media happier than when they are saying that Test cricket is completely stuffed. We have had that by the bucket load this week.

Robots, and no that isn’t a joke

Every now and then Simon Heffer writes an article about how cricket is rubbish nowadays, and this week we saw a classic of the genre. He spent the majority of the article lamenting the lack of quality spin bowlers in the England line up, a well worn and very justified topic.

What made this one unique was that while Heffer wrote about Derek Underwood, Tony Lock and Jim Laker there was not one mention of Graeme Swann, England’s second most successful spin bowler ever.

Swann retired just three years ago, but it seems bringing him up didn’t fit in with Heffer’s sepia toned narrative.

Heffer wasn’t finished with his calls back to the past. He wrote that the England and Wales Cricket Board were “depressingly obtuse” about solving the problem of a lack of spinners. He then goes on to suggest uncovering pitches, something that hasn’t happened since the 1960s.

Of course, Heffer’s entreaties to the past weren’t complete without him bemoaning the introduction of the Decision Review System in Test cricket.

“But if the great spin bowler shortage is an English problem, the effects of DRS on Test cricket should concern the International Cricket Council and all its members. There is much rhetoric about the spirit of cricket: but few things have betrayed that spirit more than the introduction in 2009, after an experiment in India the previous year, of DRS.”

Heffer then engages in some slippery slope nonsense, saying: “The logical conclusion, I am afraid, is to stop having umpires altogether, and to put robots at the bowler’s end and at square leg.”

He must be joking, right? Robots? Heffer clarifies in the next sentence.

“I am not joking, for the avoidance of doubt,” Heffer says. OK then.

In the Sydney Morning Herald Chris Barrett and Jon Pierik got the Australian Test summer off to its standard start – with an article saying the whole format was in jeopardy.

The primary basis for this article appears to stem from the a couple of tweets from cricket’s great philosopher, Shane Keith Warne.

“Should we just leave test cricket as it is & hope people start watching again ? It’s v sad, but Test cricket is becoming boring for the fans,” Warne tweeted.

Quite what information Warne used to form this damning verdict on cricket’s oldest international format isn’t clear, but he went on to issue and addendum to his Warnifesto from January, 2013.

The Sydney Morning Herald wasn’t done there. Dean Jones, the former Australia Test batsman who once got in trouble for calling Hashim Amla a “terrorist”, wrote an article entitled “Why Test cricket is on its last legs” .

The evidence that Jones uses to announce the imminent demise of Test cricket is falling viewing figures in Asia and the number of tweets that are sent about Virat scoring T20 runs.

“If Test cricket continues on its current descent it will be dead within a decade. TV ratings in Asia are declining at a rapid rate and the interest in this format is becoming non-existent with Asian youth,” Jones wrote.

Here is the thing. People have been saying that Test cricket is dying for as long as there has been Test cricket. Falling viewing figures are a worry, but are not of themselves evidence that all is lost.

These articles are all just a series of massive assumptions and generalisations without any evidence of research to back it up. Jones has loads of them in his latest.

“Essentially, Asian fans are not entertained by Test cricket,” Jones writes, lumping some 1.5billion people into one homogeneous clump.  “It simply is not entertaining enough to catch the viewer’s eye,” he goes on to say.

Maybe Test cricket is dying, but if we are going proclaim that it is on the critically endangered list lets do it with some decent research rather than wide-sweeping assumptions based on piecemeal information.

Once the cricket did get underway in Australia we had the return of the Channel 9 Banter Bus. There were some new faces in the mix, with Michael Clarke and Kevin Pietersen joining Slats, Heals, Warney, Chappeli and Nico.

The new boys haven’t quite got into the swing of things just yet, with Pietersen purring over Quinton de Kock crashing bouncers to the boundary and Clarke giving credit to South Africa for bowling well.

You can expect that at some point someone will take the pair of them to one side and explain that only comments that paint the Australians as world beating behemoths are acceptable.

They are young, they will learn.