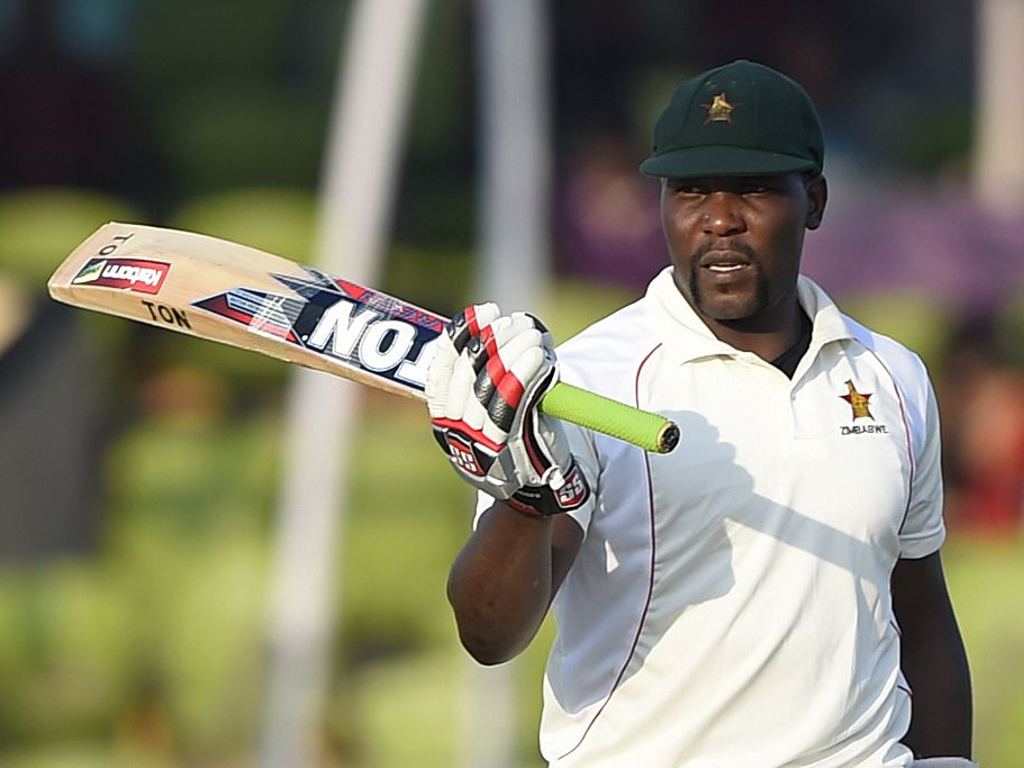 Zimbabwe will step into the unknown when they play a four-day day/night Test against South Africa in Port Elizabeth from Boxing Day but senior batsman Hamilton Masakadza insists the visitors will have enough to give the hosts a proper challenge.

The tourists have been getting used to playing with a pink ball under lights in a three-day game against a SA Invitational XI at Boland park from Wednesday, with Masakadza stroking a patient 79 as the visitors were bowled put for 196 in the first innings.

Besides spending valuable time in the middle in their only warm-up game ahead of the Test, Masakadza also batted through the period of sunset and when the lights took full effect on the first day.

The opening batsman said there was a slight difference, firstly between the red and pink ball and then when batting in the day and under lights.

Speaking during the dinner break on the second day in Paarl, Masakadza told Cricket365: “It doesn’t do as much as the red ball early on, it doesn’t swing as much, but it did do a little bit under lights.

“I thought it also stopped swinging much quicker than the red ball. There is a definite difference (between batting in the day and under lights). It is not to big but there is a difference in that period when the lights take effect.

“Just with the practices we’ve had and this game, it has definitely skidded on a bit more and done a bit more under lights that it did in the afternoon.

“It will definitely be a lot harder for the guy coming in. It will be easier for the batsman that is in to take care of that transition period than for someone that is just starting up.”

While the pink ball offers something more for the bowlers under lights, Masakadza insists they do have the attack to trouble the Proteas’ batting unit, which will include the returning AB de Villiers.

Seamer Kyle Jarvis, who returned to the Zimbabwe team earlier this year after playing for English county side Lancashire since 2013, could be the visitors’ most potent weapon.

The right-armer certainly made an impression on the first evening of the tour match when he nipped out both openers cheaply under lights.

Masakadza though says all the seamers, including uncapped paceman Blessing Muzarabani and the more experienced Chris Mpofu, have the potential to exploit the conditions if it is in their favour.

The 34-year-old Masakadza added: “Kyle has bowled quite well as have all the other seamers. Blessing got a few to go through, Chris also came on and bowled well. I think the guys generally do get a bit of movement and hit good areas.

“And obviously with our spinners, (Graeme) Cremer and (Sikandar) Raza, we have the bowlers to exploit the conditions.

“So even when the ball is not doing a bit, I think our spinners will come into it and when it offers something I think our seamers have got what it takes to make an impression.”

Zimbabwe’s coach Heath Streak spoke on Tuesday about the team playing “winning cricket”, not just trying to compete with the bigger teams.

Masakadza feels they are currently in a good space as a side after they beat Sri Lanka away in an ODI series and came close to winning the one-off Test, while they drew there last Test at home against the West Indies even though they lost the series 1-0.

“I think of late we have been playing quite well, from the Sri Lanka tour to playing the West Indies at home, and we did draw our last Test so the team is in a good space”, Masakadza said.