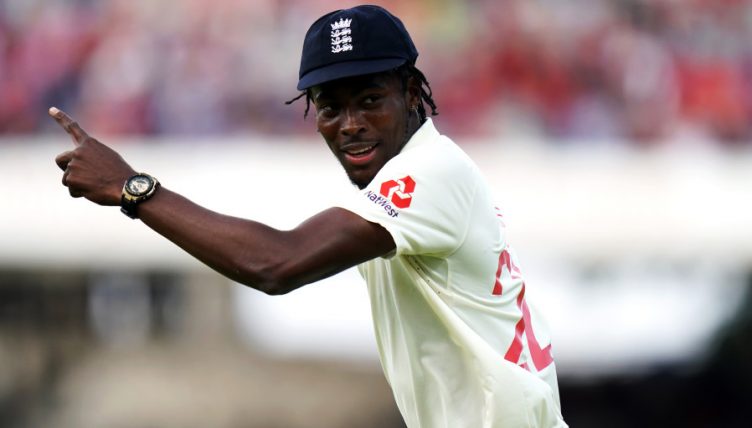 Former England opener Mark Butcher has warned that Jofra Archer’s long-term fitness could be under threat if he is given too heavy a workload at the start of his Test career.

Archer bowled 44 owners in his opening Test match appearance, with Stuart Broad and Chris Woakes used less by England captain Joe Root as he went in search of a win that would have drawn The Ashes series level.

While Butcher is a huge admirer of Archer’s talents, he has told Cricket365 that the 24-year-old fast bowler needs to be carefully managed as he looks to make his mark in the Test match arena for years to come.

“I hope that we use him slightly more sensibly over the course of the next three matches as he could be seriously injured if he is given that kind of workload over and over again,” Butcher told us. “If he is asked to do that for the next three Test matches, he may well be injured or he will certainly be exhausted.

“When you have a bowler of Stuart Broad’s quality with more than 400 Test wickets to his credit, it was strange to put that much of a workload onto Archer in his first Test appearance. Chris Woakes is also a very good performer and he didn’t get much of a bowl at Lord’s and I would also suggest Jack Leach is going to be a valuable member of that England bowling line-up from this point forward.

“We now have a spin bowler who is skilful enough to tie an end up even if he is not taking wickets and that control is vital for any captain, allowing him to rotate his quicks from the other end.

“I can see why Joe Root is tempted to throw the ball to Archer at every opportunity, but we have to make sure we don’t break him at this formative stage of his England career. A talent of Archer’s quality is like gold dust and they don’t grow on trees.”

Butcher believes Archer could be a mainstay of the England bowler attack for the next decade, after quickly identifying his talents on his first viewing of the West Indian-born bowler.

“I saw Archer for the first time four years ago and said straight away that he is going to play for England. He is an incredible talent,” adds Butcher.

“He has pace from nowhere, he makes the ball get up to an uncomfortable height from a much closer to the batsman that most people can manage. Normally they have to dig it in from closer to their own feet, but he seems to make it climb from nowhere and that makes him very difficult to deal with. He just ambles in and delivers these incredible deliveries with ease. He is an absolute natural and built perfectly for bowling the ball fast.

“People were asking whether he could handle Test cricket before his debut at Lord’s but that was never a concern for me. He just handled himself in a super over in a World Cup final and if you can come through that, you can get through anything. He knows that if he makes a mistake in this format, he has 25 more overs in the day to put it right, but England have to be careful not to break him now.”

Butcher is combining his work on television as a cricket analyst with promotion for his second album Now Playing, with the latest single Country highlighting the musical talents of the former batsman who played 71 Tests and scored 4,288 in England colours.

Check out his music here.