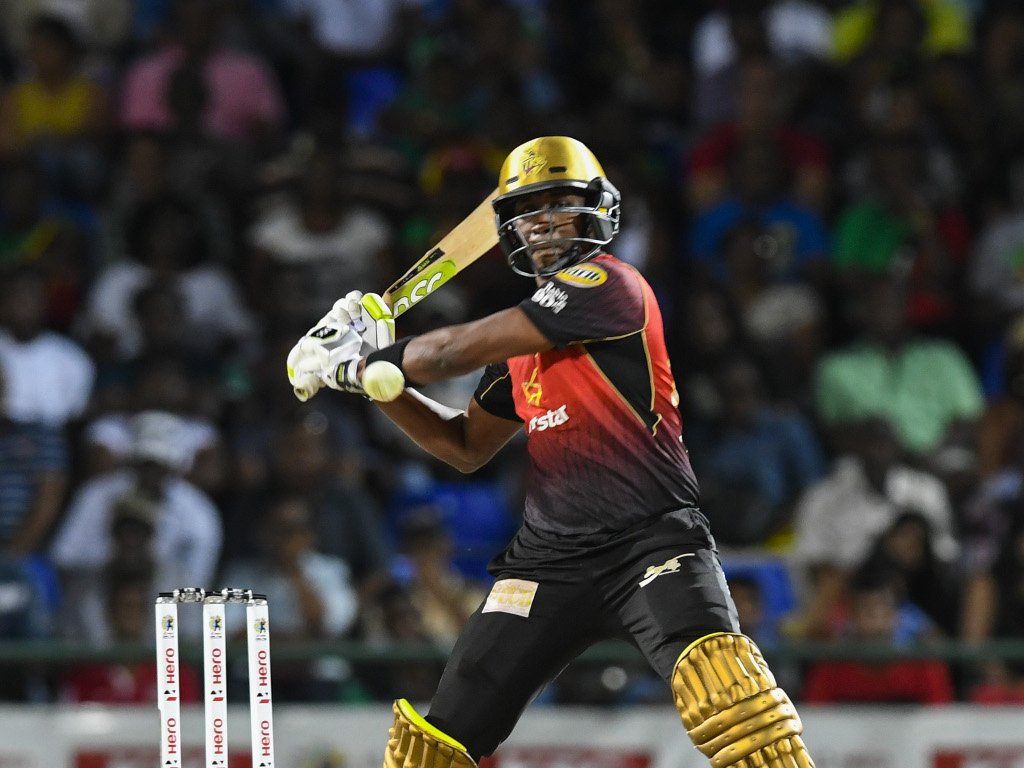 A slow-burner of an innings from the Knight Riders exploded into life in the closing overs to get the total within a whisker of 200, which proved well beyond a Patriots side that still has work to do to secure a play-off spot.

There appeared little chance of anything approaching 200 for the Knight Riders with just 127/3 on the board after 16 overs, but an astonishing 72 runs came from the remaining four overs with Dwayne Bravo’s demolition of Alzarri Joseph’s final over – the 19th – very much the headline attraction as he became the first player in CPL history to hit five sixes in a row.

Perhaps the most astonishing thing about those five sixes was the fact they were all so different. The first went gun-barrel straight back over the bowler’s head, the second in-to-out over extra-cover, the third over square-leg, the fourth carved to third-man and the final one swiped beyond deep mid-wicket as the Knight Riders captain smashed his way to 37* from just 11 balls. He now has 12 sixes from just 41 balls faced in this season’s CPL.

Colin Munro, who batted beautifully once again as his unbeaten 76 took him back to the top of the 2018 CPL runs list , added another 18 runs from the final over – including the fifth six of his own innings – to lift the Knight Riders to 199/4 in an innings that remarkably featured 16 maximums but only nine fours.

The Patriots were always up against it in the run-chase, especially so after Anderson Phillip snared the big wicket of Chris Gayle for just 9 in his first over the 2018 season.

There was a welcome first half-century of the campaign for Evin Lewis, who made light of his recent poor run with a classy 52 from 37 featuring five more maximums, but the Patriots couldn’t get the big partnership going that was needed to chase down such a total.

Lewis also fell to Phillip (3/40) walking across his stumps to be trapped plumb lbw, while leg-spinner Fawad Ahmed did for Rassie van der Dussen and Anton Devcich.

When Devon Thomas chased a wide delivery to edge Ali Khan through to Denesh Ramdin, the Patriots were left hoping for some Bravo-style heroics from either Ben Cutting or Carlos Brathwaite just to get close to their distant target. 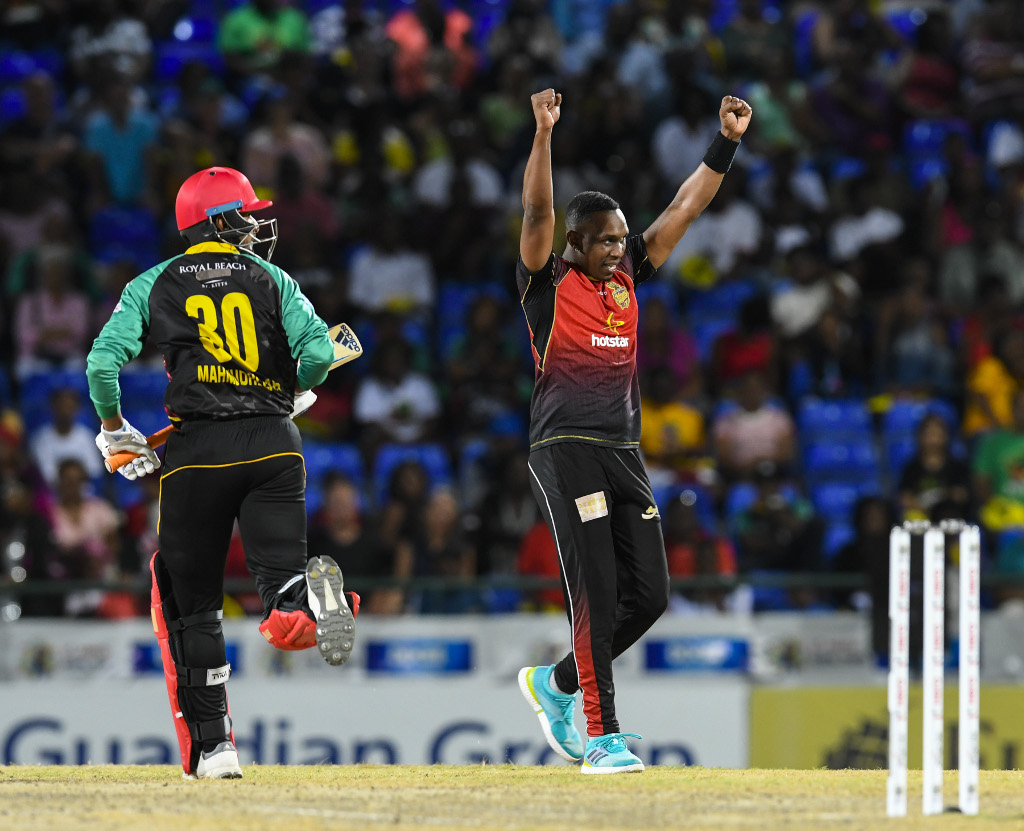 Cutting, though, ran himself out looking for a non-existent second run to third-man and Brathwaite was unable to get going until the target was well out of reach, hitting his first six when the equation had reached 57 from nine balls.

Phillip took his third wicket of the night when Brandon King sliced a full delivery to Sunil Narine at backward point before Dwayne Bravo fittingly had the final word with the wicket of Brathwaite for 21 in the final over of the night.

The Knight Riders had made an inauspicious start to their own innings, losing both their openers inside the first 27 balls of the innings. Both Narine and Chris Lynn did manage to contribute to the six count – Lynn’s a landmark 200thsix for him in T20 cricket – but not much more. Narine was caught by Joseph off Carlos Brathwaite, while Lynn was one of two batsmen clean bowled by Joseph. His figures were an eye-catching 2/13 after his first three overs before Dwayne Bravo got hold of him.

Munro and Brendon McCullum rebuilt the innings in a partnership of 78 that was often hard work but studded with just enough boundaries to keep the Knight Riders going in the right direction.

McCullum rode his luck in making 35 – dropped by Joseph in the deep and wicket-keeper Devon Thomas down the leg-side from a gloved pull – but was finally removed by Joseph, who, for better or worse, appeared to be at the centre of everything.

Darren Bravo offered a taste of what was to come with successive sixes off Cutting before being caught at mid-off by Mahmudullah off Sheldon Cottrell. That, though, only brought the elder Bravo to the crease for 11 balls of mayhem.