Parnell hauls Barbados Tridents back from the brink 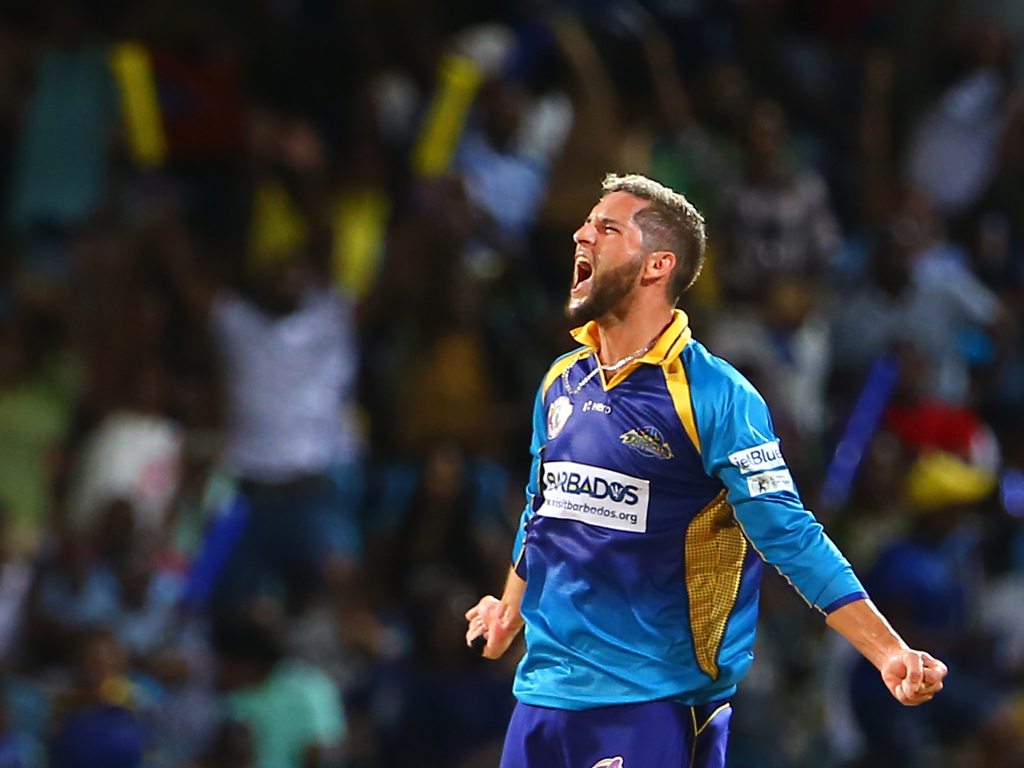 An excellent all-round display from Wayne Parnell helped the Barbados Tridents pull off an unlikely victory against Trinbago Knight Riders in Match 29 of the 2017 Caribbean Premier League (CPL).

Parnell’s 44 not out led a recovery from 62 for 7 to set the Knight Riders 137 to win before his hostile opening spell set up an impressive defence of a low total. The Tridents victory just  keeps them in the hunt for a place at finals week, but they require a big win against St Kitts & Nevis Patriots tomorrow to boost their Net Run Rate.

What should have been a straightforward chase of 137 for the Knight Riders quickly became more difficult, thanks largely to Parnell who bowled a aggressive spell in the Powerplay. Bowling a tight line and a shorter length, Parnell dismissed Sunil Narine and Colin Munro when pulling before forcing Brendon McCullum to retire hurt after striking him on the elbow.

One ball after the end of the Powerplay the Knight Riders were effectively four down for just 41 when Ravi Rampaul got one to lift from a length and Darren Bravo was caught at point. Dwayne Bravo’s arrival at the crease brought a tactic of back of a length and short bowling which stifled the scoring and increased the required rate further still.

When Denesh Ramdin was caught down the leg side off Kieron Pollard the Knight Riders had lost five batsmen and still required 79 off 62 balls. With Rampaul bowling well from the other end the required run rate continued to climb and the pressure soon accounted for Shadab Khan who charged Pollard and was caught behind.

When Wahab Riaz yorked Robbie Frylink and Shamar Springer had Bravo caught on the boundary the Tridents would have felt like they had it won. However with 45 required off 24 the match ignited once more when Javon Searles hit Parnell for back to back fours and then an outrageous ramped six. After Ashley Nurse edged a four through third man the equation had become 26 off 19. Parnell had the last laugh though, bowling Nurse with a full ball.

Searles continued to fight, slashing a four off the first ball of the penultimate over off Wahab but when he was caught next ball the match was done with McCullum unable to return.

Earlier in the evening after winning the toss, the Knight Riders opened with pace bowlers Anderson Phillip and Searles. Both bowlers found movement in the air and off the pitch with the new ball, which accounted for both Dwayne Smith and Kane Williamson caught behind.

The Knight Riders’ first bowling change immediately brought a wicket as Nicholas Pooran took on the off spin of Nurse first ball and picked out one of the two fielders outside the ring at long-off. In the next over the Tridents had only themselves to blame for the fourth wicket as some hesitant running and calling between Eoin Morgan and Pollard ended with Morgan run out. At the end of the Powerplay the Tridents were 43 for 4.

A poor opening six overs demanded a major rebuild for the Tridents but regular wickets complicated matters. First, Christopher Barnwell was trapped lbw by a Shadab googly which beat him on the inside edge. Two overs later Akeal Hosein slipped mid-pitch and was run out meaning the Tridents were six down. Hopes of a competitive total appeared to be extinguished when a well flighted ball outside off stump from Shadab invited the drive from Pollard who edged to Dwayne Bravo at first slip.

The Tridents did not give up hope though. A CPL record eighth wicket partnership of 48 between Wayne Parnell and Shamar Springer kept them in the match. The Knight Riders were happy to concede singles but didn’t account for the boundary hitting ability of the pair and the partnership had become an irritant when it was eventually broken as Springer slapped a short ball from Bravo to the off side boundary-rider. Parnell finished 44 not out to help lift the Tridents from 62 for 7 to 136 for 9.