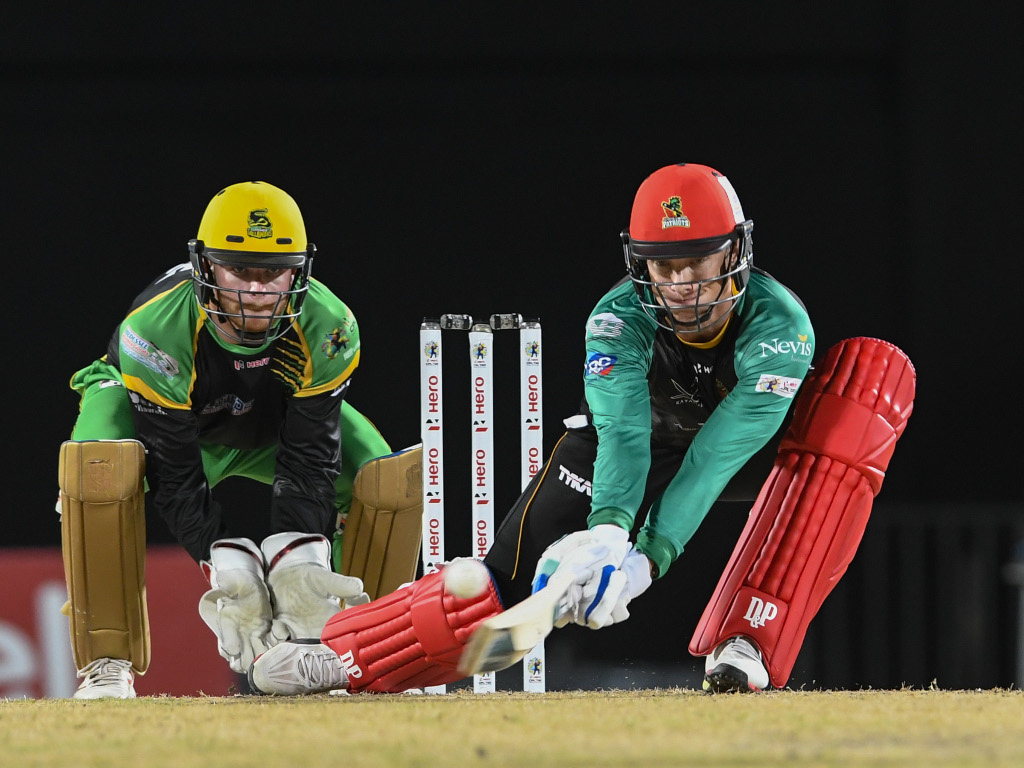 Victory for the Patriots means they can no longer be caught in the CPL table by Barbados Tridents or St Lucia Stars, yet it looked unlikely when Rovman Powell was propelling the Tallawahs to 206/6 at the halfway stage.

But the Patriots, crucially, made an explosive start to their run-chase with Chris Gayle setting the tone with four fours in the first over.

Despite losing Evin Lewis to his first ball in the next over, bowled off the inside edge by Oshane Thomas, the run-rate didn’t slip with Gayle joined by Rassie van der Dussen to take the score to 65/1 from 6.3 overs when the rain came.

That strong position meant that the DLS calculation gave the Patriots a fighting chance when the innings was reduced to 11 overs after the rain cleared. The equation came back as 118 from 11 overs; 53 more runs from another 27 balls.

Gayle launched a six down the ground but was then caught at deep square-leg. When Ben Cutting was bowled first ball by Adam Zampa it looked like the revised target was beyond the Patriots.

But van der Dussen (45* from 24) was joined by Mahmudullah (28* from 11) for an astonishing partnership that raced the Patriots to their revised target with five balls to spare.

Thomas had bowled two fine overs before the rain, conceding just five runs to go with the wicket of Lewis, but his one remaining over after the rain proved decisive.

Van der Russen smashed the first two balls for sixes and, after he collected a single, Mahmudullah took over. Two fours were steered to third-man before the over finished with another huge six over the leg-side. 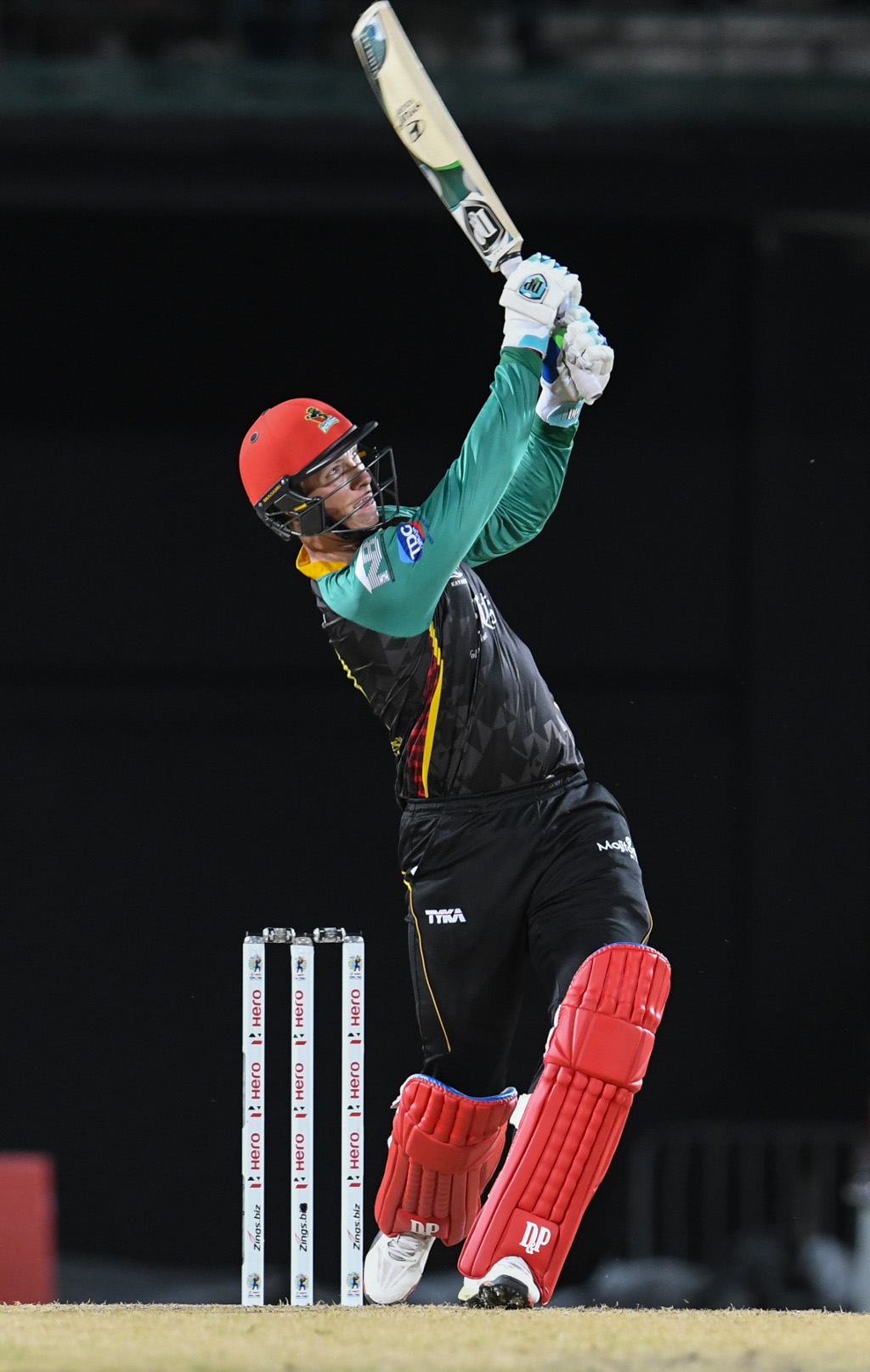 The Tallawahs were already sure of their place in the final four, but their chances of a top-two spot have taken a serious dent on a frustrating night. The Tallawahs, Trinbago Knight Riders and Guyana Amazon Warriors all have 10 points, but the Tallawahs now have only one group-stage game remaining. The Warriors and Knight Riders both have three.

The Tallawahs’ innings had been a beautifully paced Twenty20 effort, with steady acceleration throughout taking them beyond the 200 mark.

Powell was the star with his highest T20 score of 84 from 40 balls before he was bowled behind his legs by Ben Cutting in the penultimate over.

The innings had been given a fast start by Glenn Phillips, who made 40 from 29 balls, while Powell was ably supported by David Miller’s 32 from 20 in a partnership of 79 in seven overs.

Colin de Grandhomme and Steven Taylor then took the total beyond 200 in the final over, but when the rain, the calculators and the Patriots batsmen had done their bit, it was not enough.