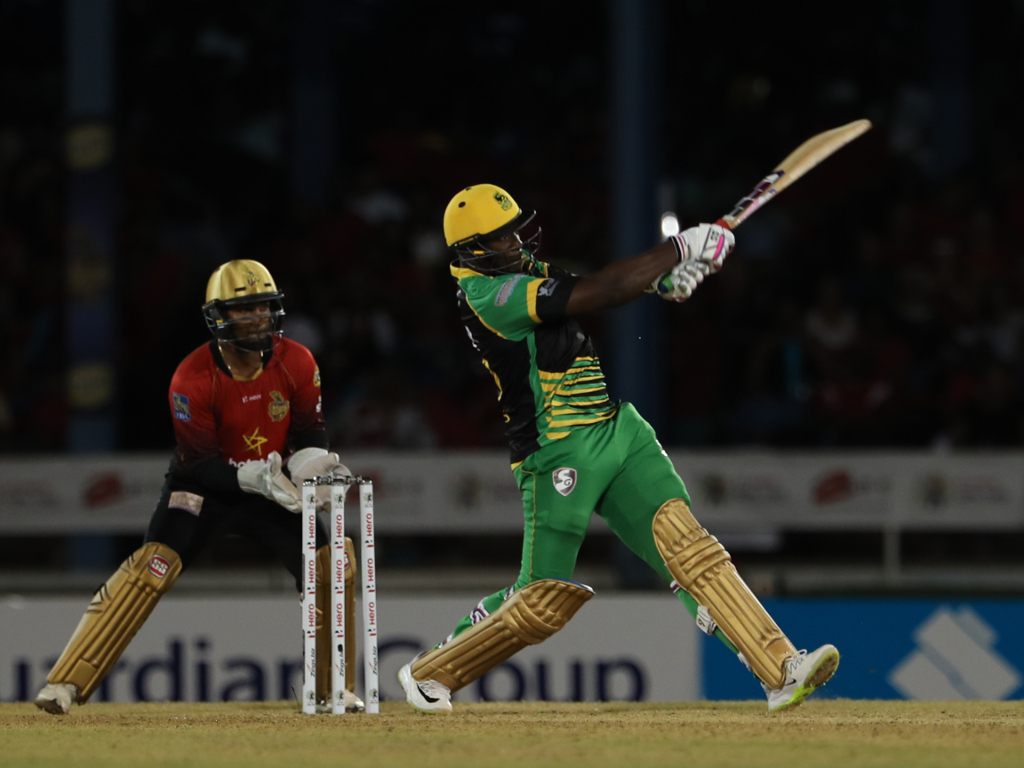 The Tallawahs appeared absolutely dead and buried when they slumped to 41/5 in response to TKR’s CPL record score of 223/6. But Russell had other ideas as he blasted his way to a quite ridiculous 40-ball century having earlier taken a hat-trick at the back end of the Knight Riders’ own extraordinary innings.

There appeared little to concern the Knight Riders when the big all-rounder was dropped first ball by Ali Khan, but it would prove to be the most dramatic of turning points as Russell launched a calculated but brutal assault on the Trinbago bowling attack.

Favouring the leg-side but also striking spinners and seamers alike down the ground with a seemingly unstoppable combination of exquisite ball-striking and sheer brute force, Russell bent the game to his will.

Two of Russell’s sixes cleared not only the ropes but also the Queen’s Park Oval stands. Dwayne Bravo shuffled his bowling options but could not stop the flow as six after six rained down on a disbelieving crowd in Trinidad.

Russell found a willing ally in Kennar Lewis, who made 52 from 35 in a 161-run partnership, but this was all about one man.

His hundred came up from a CPL record-equalling 40 balls with a record-breaking 12th six. By now, though, Russell’s targets were not personal ones and he was still there at the end to send the winning six – his 13th of the night – high into the Trinidad sky and over the ropes off Sunil Narine with three balls remaining. His final tally was 121 not out from 49 balls with six fours to go with those 13 Maximums.

Remarkably, Russell is the second man to take a hat-trick and score a hundred in the same T20 match, England’s Joe Denly having done so for Kent only last month in the Vitality Blast.

But such was the nature of the single-handed transformation Russell wrought upon this game that this must surely stand alone among all individual T20 performances.

It all seemed so unlikely in the first half of the evening.

Having blasted a Queen’s Park Oval record 195/6 in the opening game of the tournament 48 hours ago, TKR obliterated that mark with 223/6. For two hours, it stood as an all-time CPL record.

The Knight Riders’ was an innings built in New Zealand with Colin Munro and Brendon McCullum both blasting half-centuries, with McCullum’s particularly dramatic.

Munro backed up his 68 in the opener with 61 from 42 balls here, but it was McCullum who sent an already imposing total truly stratospheric.

Having struggled to 7 not out from his first 12 deliveries, McCullum smashed a further 49 from his next 14 balls to propel the score well beyond 200.

ALSO READ: Hetmyer’s hot streak carries over into the CPL for the Amazon Warriors 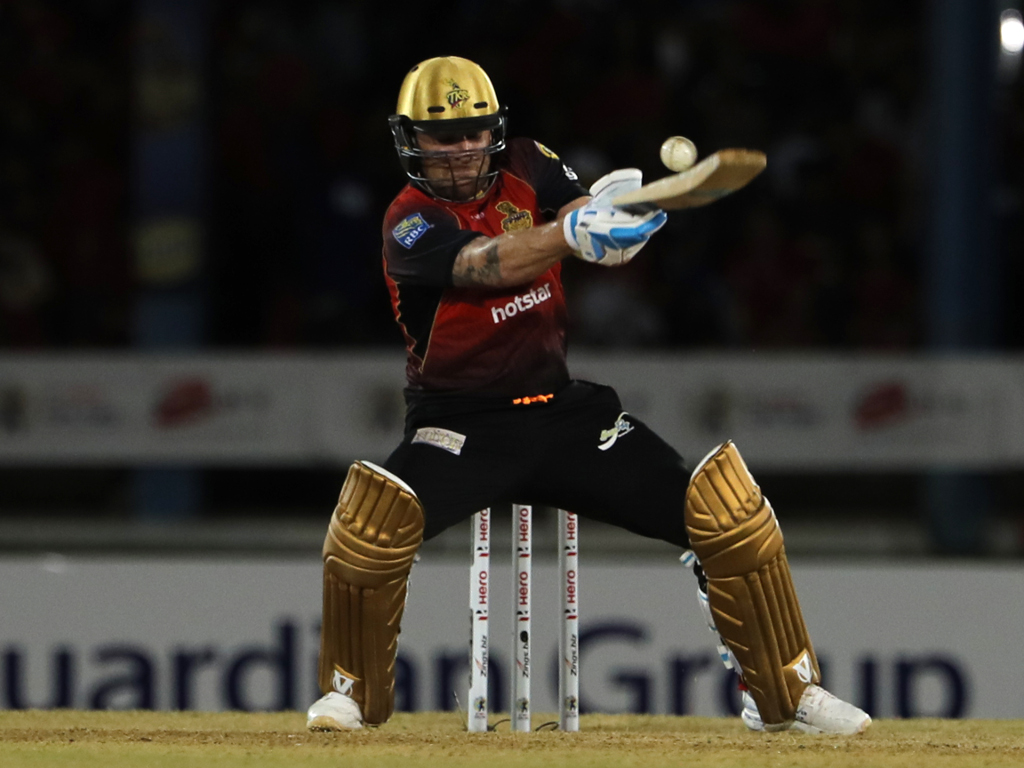 Nine of those 14 balls, starting with a generous and extremely costly full-toss from Kemar Roach, went to or over the boundary in a blitz that left the Tallawahs shell-shocked.

The 19th over, Roach’s fourth, brought 30 runs – 29 of them from the flashing blade of McCullum, including a six that came desperately close to winning him $20,000 for hitting the Sunshine Snacks target positioned beyond the boundary at midwicket.

Russell then took the responsibility of bowling the final over and dismissed McCullum before bowling Darren Bravo and having Denesh Ramdin caught in the deep to complete a hat-trick.

It would turn out to be only the very start of Russell’s game-changing night.

The early impetus in the TKR innings had come from Chris Lynn, who plundered 46 from 27 balls and shared a 30-ball 50 partnership with Munro, while McCullum was ably supported by Darren Bravo (29 from 16) during the late carnage.

Only the spinners managed to escape the worst of the punishment, with Imad Wasim conceding just six runs in a two-over spell with the new ball and ending with figures of 1/23 that would look more significant still when the final reckoning came, while Aussie leg-spinner Adam Zampa’s four overs yielded 1/35.

Any hope the Tallawahs harboured of chasing the total down appeared to have been shattered within the first three overs of the run-chase as Ali Khan ripped out three wickets in six balls.

Glenn Phillips and Andre McCarthy were caught in the first over, but best of the lot was a rapid nip-backer that was too quick for the vastly experienced Ross Taylor, trapped plumb in front for just a single.

Shannon Gabriel bowled Rovman Powell off a bottom edge in the next over, while Fawad Ahmed struck with his very first ball for the game in a row when he trapped Johnson Charles lbw with a googly for 24 to leave the game seemingly done and dusted at 41/5.

But in strode Russell to be promptly dropped by Ali Khan at deep midwicket. The rest is history.