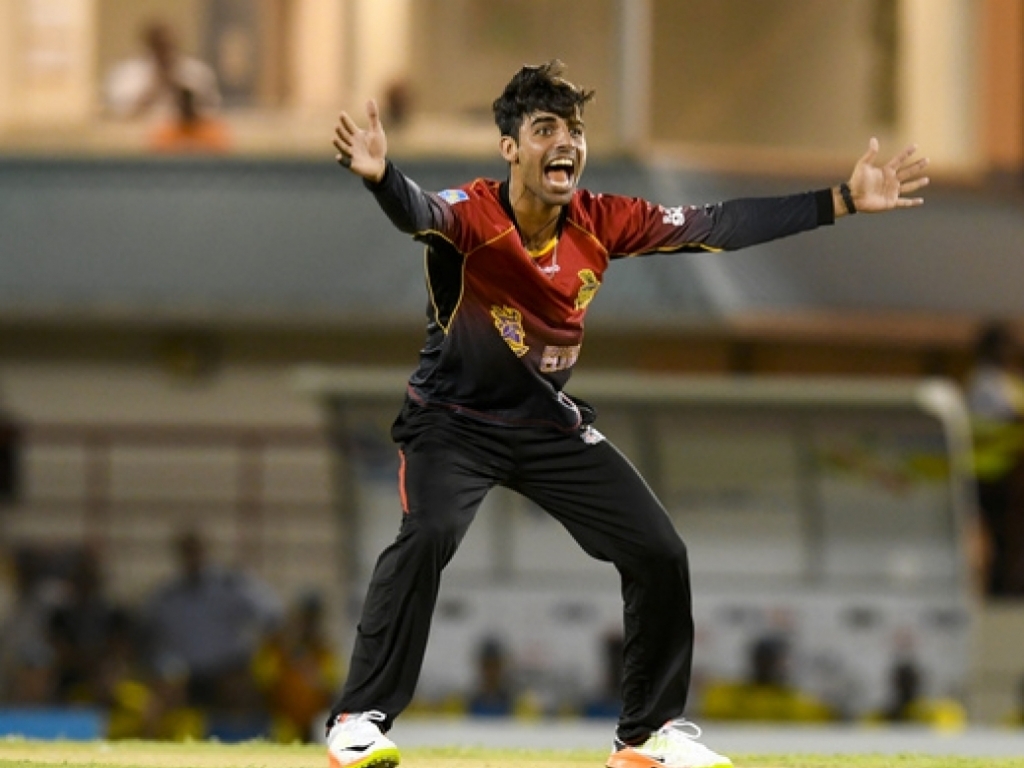 An innings of great maturity on a testing pitch by the 19-year-old Shadab Khan alongside Javon Searles guided Trinbago Knight Riders to a thrilling four wicket victory against St Lucia Stars in the Caribbean Premier League.

After the Knight Riders had restricted the Stars to 118 for 9 it seemed as if they had the match won.

Eventually they got there in a flourish as Searles clubbed back-to-back sixes before two balls later guiding a four to complete the chase, but they were made to work bitterly hard before then by some tight bowling.

Brendon McCullum and Sunil Narine had got the Knight Riders off to a typically quick start, Narine slamming a straight six before McCullum hit three of his own with some scintillating shots.

After three overs they had 35 runs on the board but the trouble was their aggressive approach had cost them three wickets: Narine, McCullum and Colin Munro all back in the dugout.

It was not until the Knight Riders lost two more wickets: Darren Bravo – bowled when trying to cut and Denesh Ramdin – bowled by a quicker one, that the home team appeared to adjust their approach.

By that point they had been reduced to 52 for 5 and Shillingford had taken four wickets.

When Dwayne Bravo’s brief resistance was ended by a searing yorker from Mitchell McClenaghan, the Knight Riders were 75 for 6 and the Stars were favourites for the first time in the match.

However, it was that wicket that brought together Shadab and Searles who combined brave boundary attempts with sensible placement and busy running to take the Knight Riders home.

Earlier in the evening Trinbago bowled brilliantly after winning the toss to restrict the Stars to just 118 for 9.

Slow left arm spinner Khary Pierre opened the bowling and started with a maiden to Johnson Charles. With the first ball of the third over Pierre trapped Charles lbw with one that didn’t turn.

After Pierre had bowled his four overs straight through – finishing with 1 for 15 – it was the medium pace of Kevon Cooper that made the second breakthrough, finding Kamran’s edge with an off cutter.

Two boundaries from Fletcher off Dwayne Bravo’s first over – the ninth – were the last moments of joy for the Stars before a brilliant middle-over squeeze begun.

It took the Stars 52 more balls to find the boundary again as Shadab, Narine and Cooper bowled with exemplary control.

The final four overs of the innings brought 35 runs and four wickets as the Stars desperately hit-out. That only ten of those runs came from boundaries was indicative of the nature of the pitch.

The TKR spinners – Pierre, Shadab and Narine – finished with 3 for 48 across their 12 overs, while Cooper took 3 for 21. Bravo and Ronsford Beaton’s four overs cost 43.

Little did they know quite how challenging a target 119 would prove to be.