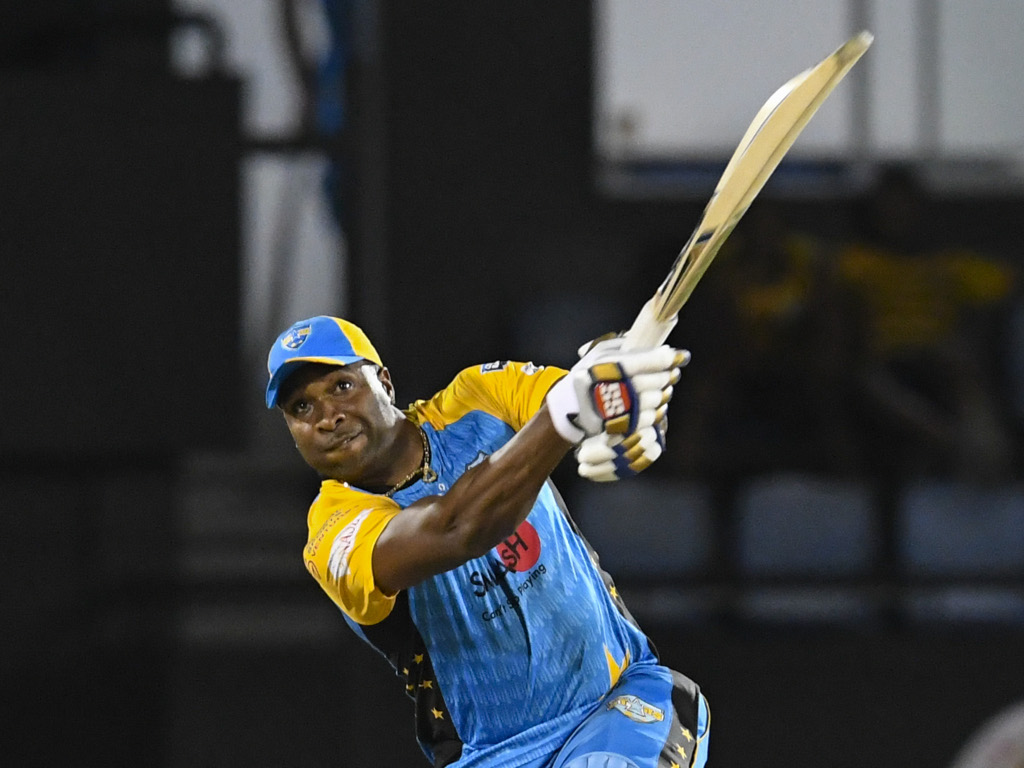 St Lucia Stars skipper Kieron Pollard kept his team’s Caribbean Premier League (CPL) season alive with a six-wicket victory over table-toppers Guyana Amazon Warriors at the Daren Sammy Stadium.
Pollard ultimately proved the difference in a cagey, low-scoring game. The Stars had bowled superbly to restrict the Warriors to 140/9 but had found run-scoring just as tough themselves; the game was firmly in the balance when Devendra Bishoo stepped up to bowl the 18th over of the run-chase with the Stars still needing 31 to record their second victory of the season.
Six balls later, the scores were level after an astonishing assault from Pollard, who launched the first two balls for six before crunching the third for four. The fourth ball produced another six, by far the biggest of the lot as Pollard sent the ball into orbit and out of the ground. Two more fours were smashed back past the hapless Bishoo – struggling to grip a damp ball after an earlier rain delay – and the game was all but done. Andre Fletcher, who had anchored the run-chase with a mature unbeaten 45 – completed the formalities at the start of the 19th over. Pollard, meanwhile, had catapulted from 11* from 12 balls to end on 41* from 18. 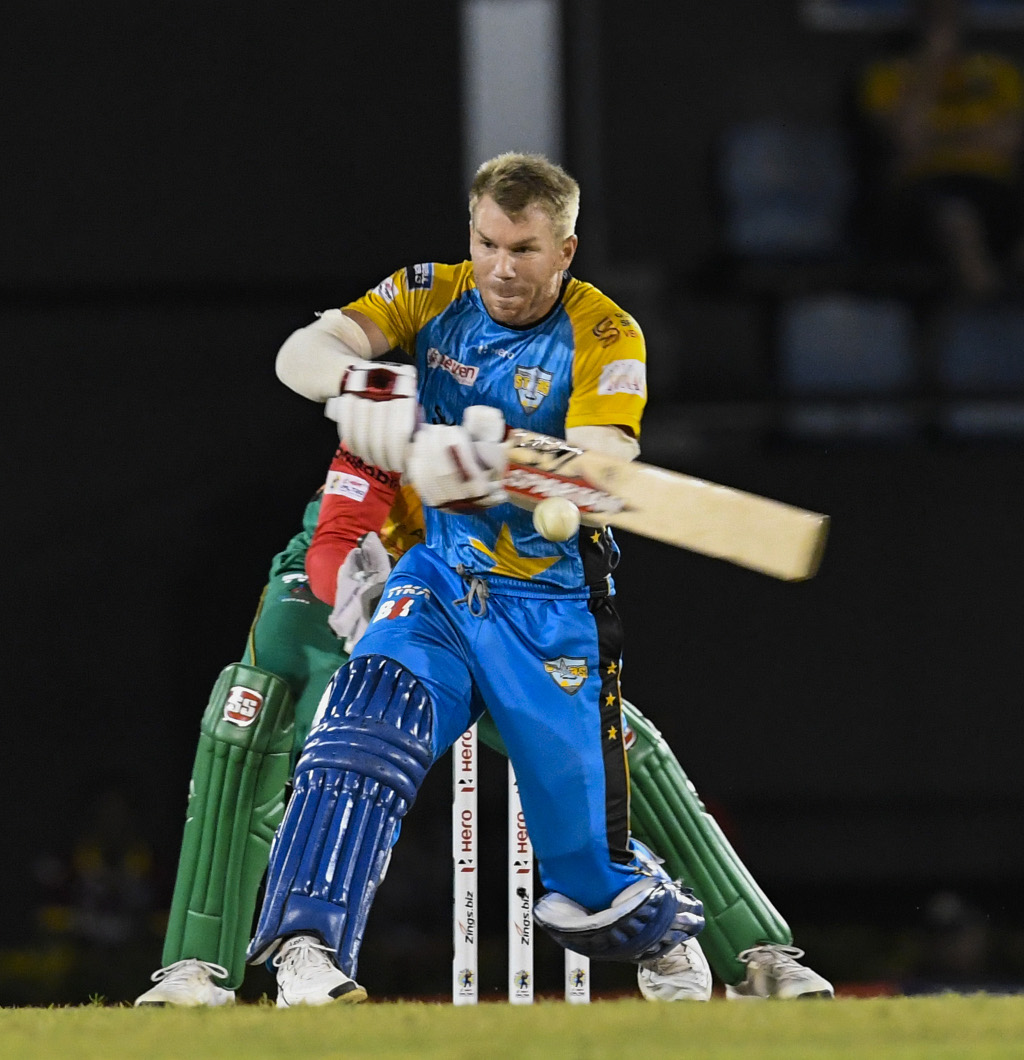 The Stars moved David Warner down to number four in the run-chase, but he was still at the crease pretty swiftly as early wickets left the Stars in a bit of early trouble. Warner walked to the middle after Lendl Simmons and pinch-hitter Rahkeem Cornwall had fallen in identical fashion to Veerasammy Permaul attempting big slog-sweeps and getting their stumps rearranged.
With Fletcher struggling for rhythm at the other end, the Stars needed to regain the momentum. Warner did so with a couple of early boundaries and some scampering between the wickets to turn singles into twos.
Warner’s busyness at the crease rubbed off on Fletcher, who began to find his range as the score moved on to 71/2 after 11 overs when a heavy downpour forced the players from the field. 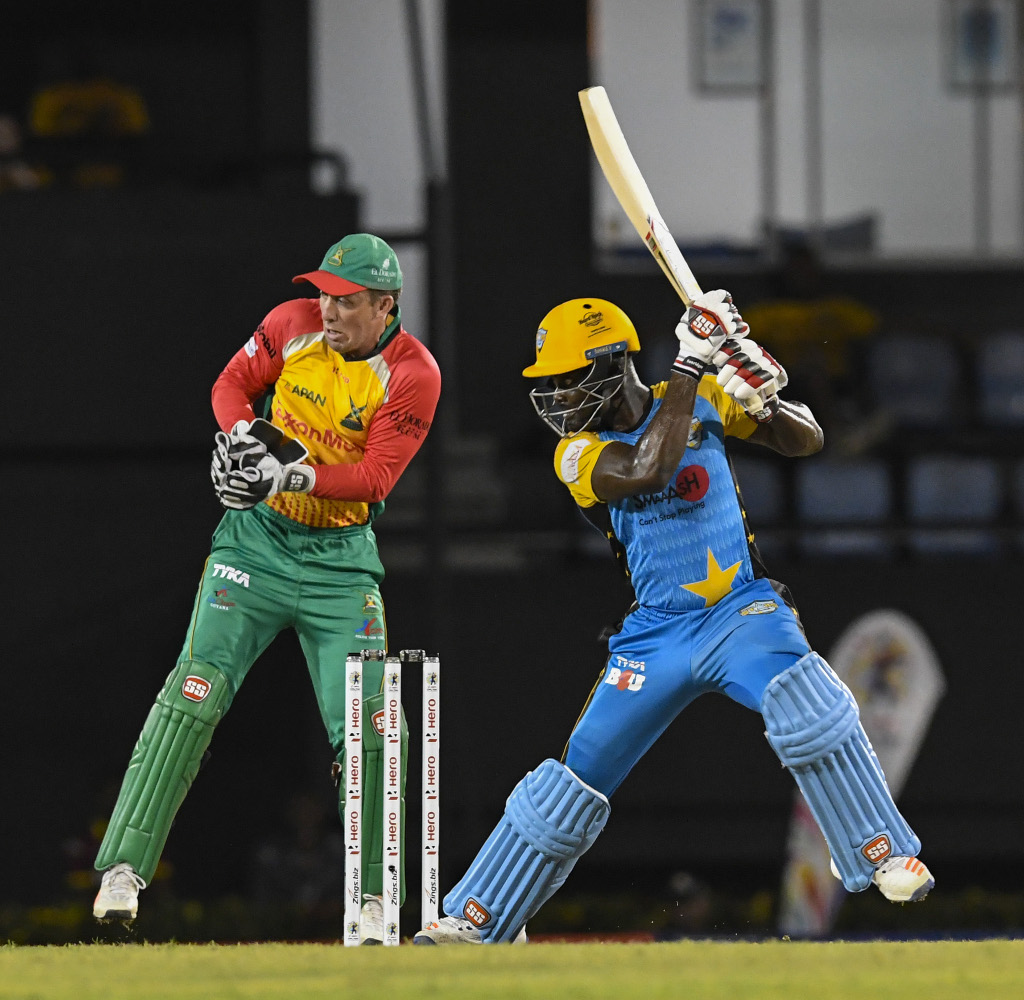 The delay came at a bad time for the Stars, who were just beginning to take a firm grip on the chase. And when play resumed Warner was soon on his way for 23 from 16 after he got a healthy edge on an Imran Tahir googly and was smartly caught by keeper Luke Ronchi.
Responsibility for the chase now fell on the shoulders of Fletcher who put Rayad Emrit over the ropes at square-leg for just the third six of the night.
Qais Ahmad couldn’t help him, bowled by Bishoo for just 6, but in walked the Stars skipper to take charge. 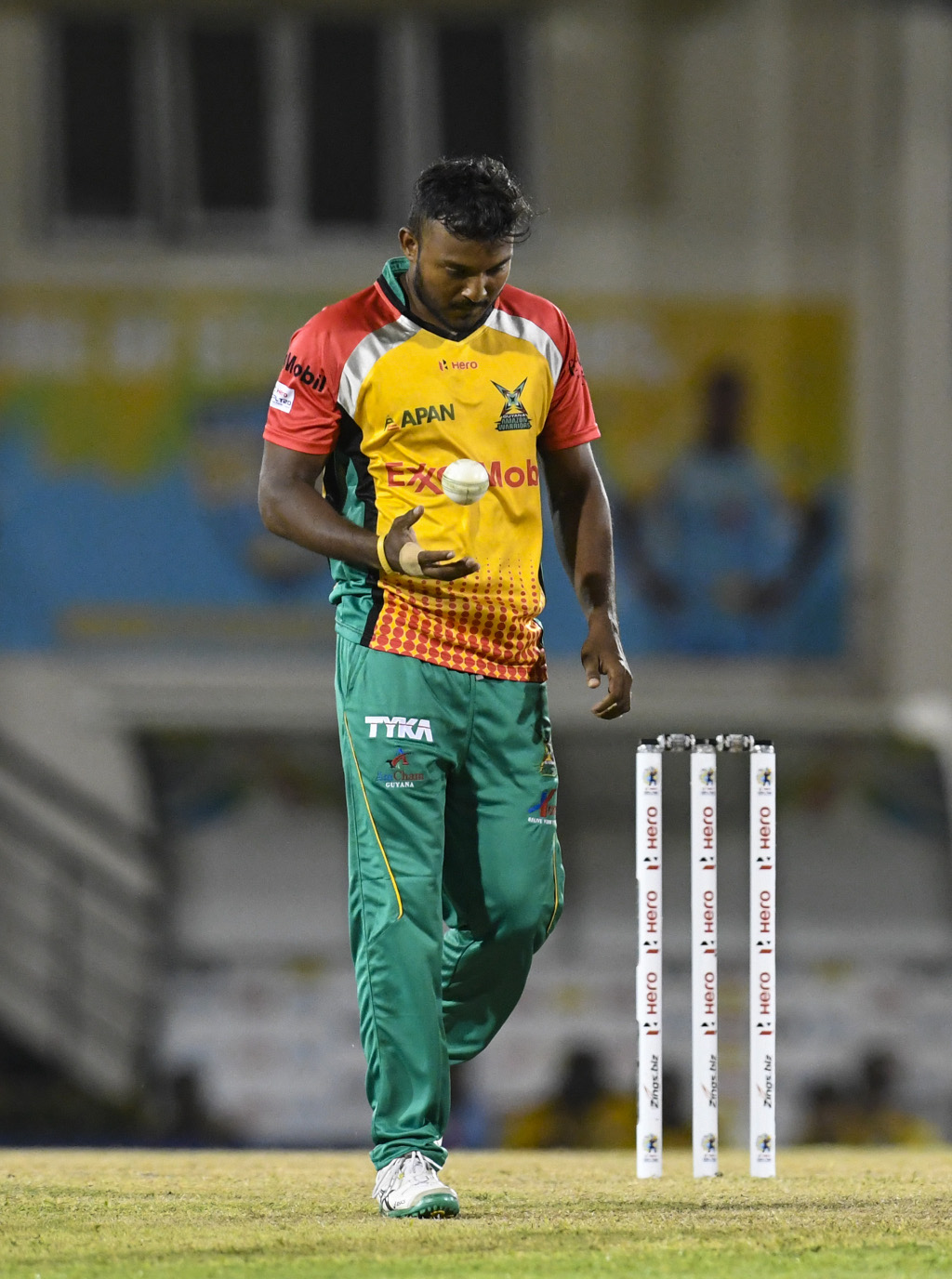 It had looked like being another difficult night for the Stars when Ronchi (24 from nine) got the Warriors off to a flying start, hitting four fours and a six as the visitors raced to 30/0 from two overs.
The Stars hit back impressively, though, to turn things round and leave the Warriors 41/3 after five overs with Ronchi, Chadwick Walton and key man Shimron Hetmyer all dismissed.
From there the Stars squeezed the innings impressively, with spinners Cornwall and Ahmad rattling through their four overs for 1/19 and 1/23 respectively. The pressure brought wickets with it, and after smashing 30 from the first two overs the Warriors made just 67 – at a cost of six wickets – from the next 14. 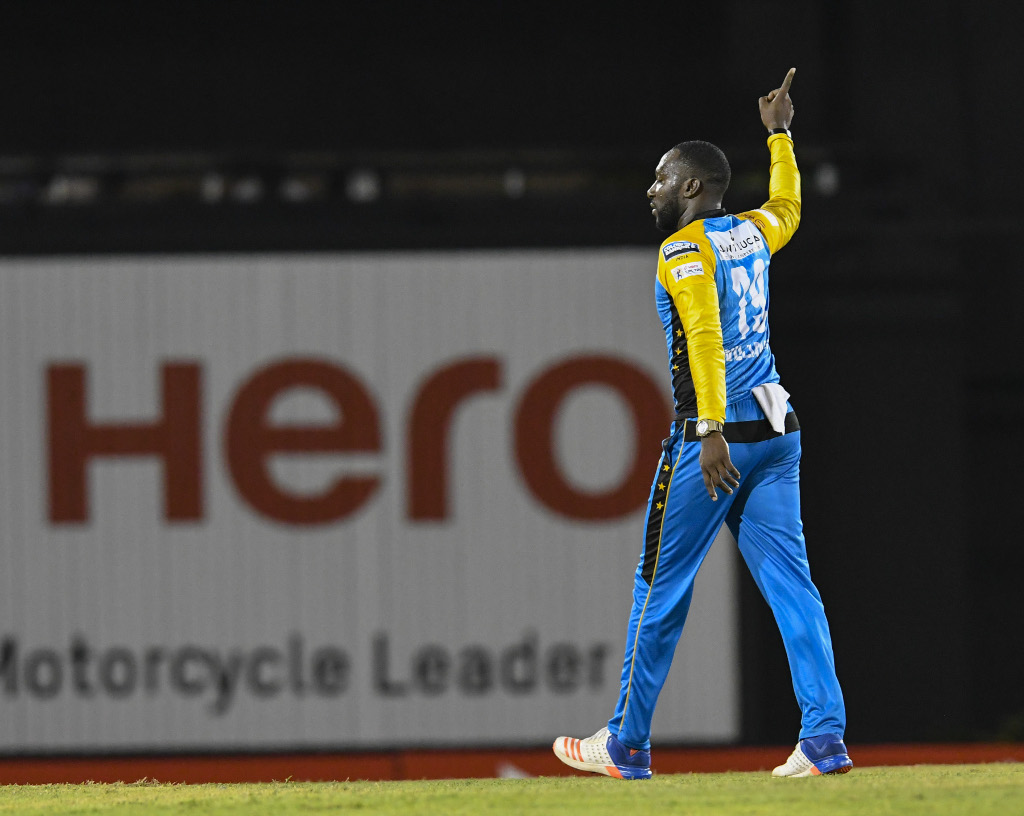 Sohail Tanvir injected much-needed life into the innings with four fours off Kesrick Williams – who picked up the big wickets of Hetmyer and Cameron Delport – before being bowled off the inside edge by an Obed McCoy slower ball.
Emrit managed to find a six off McCoy but tellingly it was the first six since Ronchi departed in the third over of the innings.
McCoy did an outstanding job at the death, bowling his four overs off the reel for 2/23 and while a final total of 140/9 represented a recovery of sorts for the Warriors from 95/6 it wasn’t enough once Pollard entered the fray.
Upcoming Fixtures: Saturday 25 August – Barbados Tridents v St Kitts & Nevis Patriots (4pm), Kensington Oval;
St Lucia Stars v Jamaica Tallawahs (8pm), Daren Sammy National Cricket Ground, Sunday 26 August – Barbados Tridents v Trinbago Knight Riders (6pm), Kensington Oval