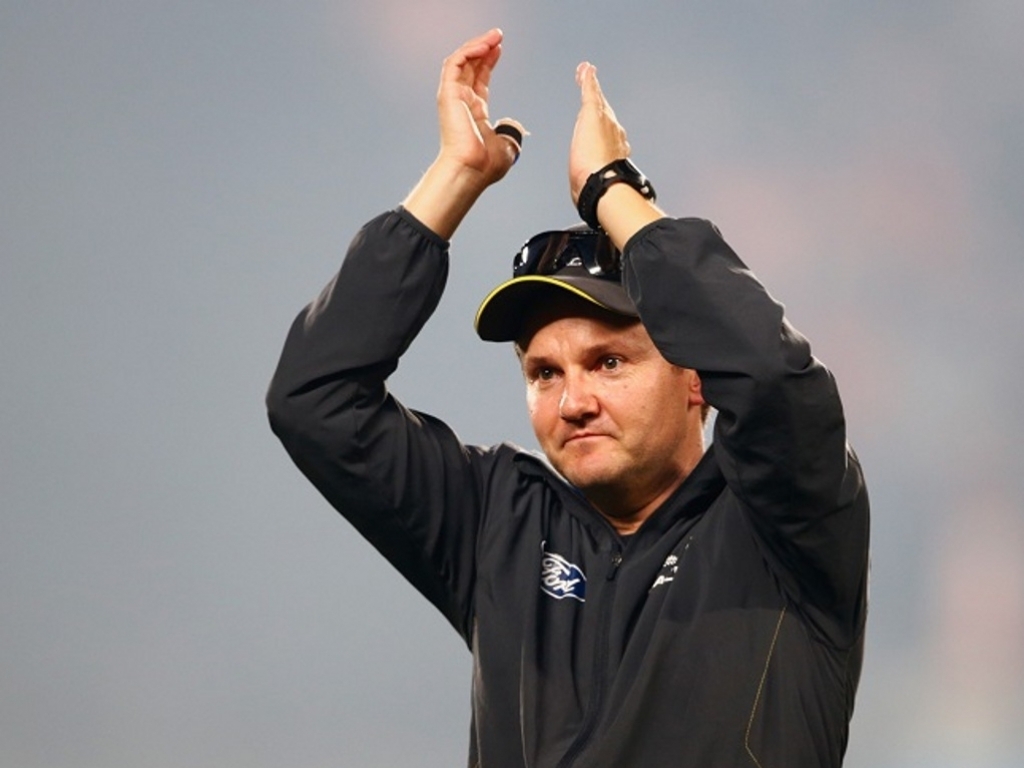 The Black Caps like to bat with a high tempo and show intent at the crease but grafted their way to a total of 257 in the third ODI on a slow pitch in Dunedin on Saturday.

The hosts then bowled Pakistan out for just 74 to win by 183 runs to take an unassailable three-nil lead in the five-match match series.

Captain Kane Williamson led the way with 73 off 101 balls while Ross Taylor and Martin Guptill chipped with knocks of 45 and 52 respectively.

Hesson said: “We were very smart on surfaces that perhaps haven’t allowed us to play how we’ve wanted to play.

“We often want to play with a bit of flair and be aggressive with everything we do with the bat and sometimes conditions don’t allow that.

“We’re improving and I think we’re playing some smart cricket, particularly on a variety of surfaces, so that’s very pleasing.

“I think perhaps in the past we might have just kept going and reflected on it at the end of the day. But especially in the game the other day, I thought Kane [Williamson] and Martin [Guptill] were exceptional in how they assessed the conditions.”

New Zealand are currently in a rich vein of form, having won 10 consecutive games across all three formats, but Hesson is not getting to carried away.

The coach said that they are still bedding in some new players on the international stage.

Hesson added: “In the last five years, every side has travelled here. And our record at home is pretty good.

“We don’t get too overawed, if we lose a few games, and if we’re on a roll, we don’t drop our guard. We’re relatively new in terms of the kind of roles we’ve given our players.”