All about the pace for Proteas coach Gibson 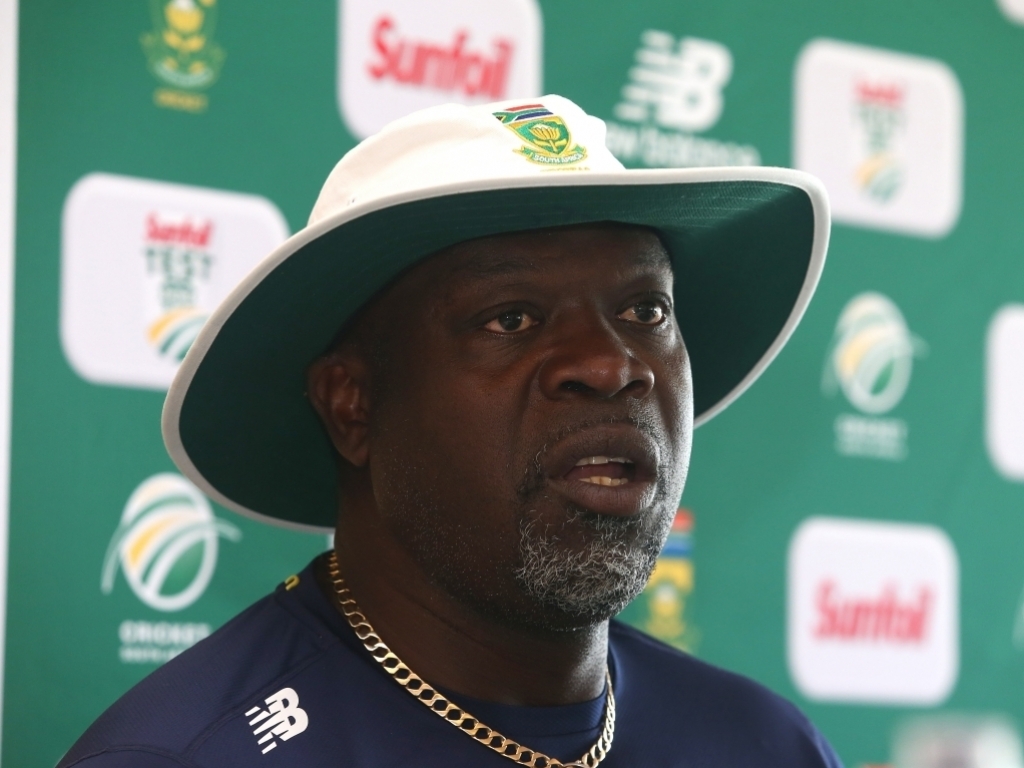 South Africa coach Ottis Gibson says he wants to play a four-man pace attack as often possible after the Proteas beat India by 72 runs in the first of three Tests at Newlands on Monday.

The home side went into the Test with a pace quartet of Dale Steyn, Vernon Philander, Morne Morkel and Kagiso Rabada complimented by the left-arm spin of Keshav Maharaj.

Even though it was a risk, which ultimately paid off, the Proteas only fielded six specialist batsmen which meant that Temba Bavuma missed out on the starting XI.

Dale Steyn, however, got injured in the first innings of the Test in Cape Town and has subsequently been ruled out for the remainder of the series with a heel injury.

Pacemen Duanne Olivier and Lungi Ngidi were added to the squad ahead of the second Test, starting in Centurion on Saturday, with Gibson insisting that the Proteas want to keep a four-man pace attack for the games against India and the four Tests at home against Australia later this summer.

Speaking to the press after the victory at Newlands, Gibson said: “I’m a very fast-bowling minded coach and I guess we will always have to find a balance to see if we can get four fast bowlers in the team, first of all.

“We’ll look at things like are the conditions suited to four fast bowlers. If not we try and shape the team in other ways.

“Ultimately, especially in this series and for the rest of the summer, we will be looking to see how best we can fit four fast bowlers into whatever formula we come up with.

“When you are playing at home, you must play to your strengths. If you want to beat the best team in the world, which India are, then maybe we have to do something slightly different to what we’ve done in the past.

“We have to get stuck in and be tough with the bat and the ball; get in their faces a bit and use our physicality in terms of our pace.

“We had, in this game, three guys bowling over 140 [kph] so we need to use that and have a presence that says we are trying to get to where you are as a team.”

With all the talk centered around how to accommodate all the seam bowlers, Gibson stressed that spinner Maharaj is still an important component of the Proteas attack.

The left-arm tweaker only bowled 10 overs in the match at Newlands as both teams’ batsmen struggled to get going but his role in pace-friendly conditions could still be important.

Gibson said of Maharaj: “He’s been spoken to about how we’re going to look to shape for this series and he is very much a part of it.

“With the nature of the pitch he didn’t get to operate as much as he normally does for us, but he is still a very important part of our group, whether he plays or not.

“When we get to Pretoria we will see what those conditions offer us and then we’ll pick a team, but Kesh is certainly a big part of our plans moving forward into the summer and even beyond that because he’s a world class spinner.”