Bayliss: England consider changes ‘in a number of positions’ 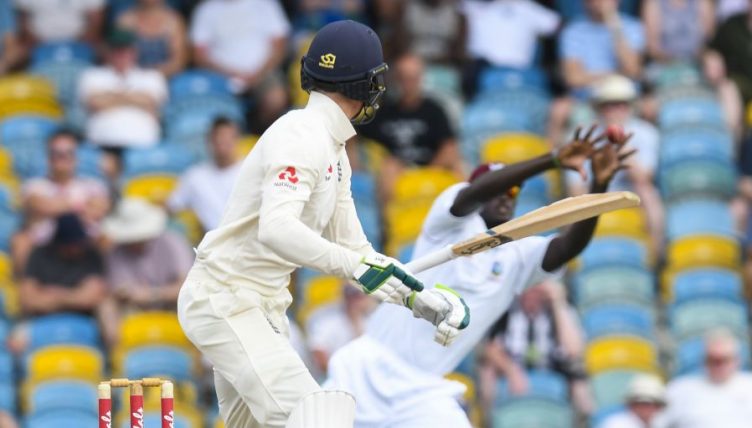 After winning eight of their previous nine matches, including a rare overseas whitewash of Sri Lanka, England began 2019 with a 381-run humbling by the West Indies.

Their batsman were largely responsible, bowled out for 77 in the first-innings before allowing a second-tier spinner in Roston Chase to claim A-lister’s figures of eight for 60 in the second. All the while their own attack looked ill-judged, with Adil Rashid and Sam Curran failing to justify their selections.

Bayliss was taken aback by the flimsy nature of the performance and will respond by examining the make-up of the XI for next week’s clash in Antigua.

“We will have some thinking to do in a number of positions,” he said.

“We will sit down, have a chat with the guys and try to get to the bottom of it. It’s not the first time that we’ve succumbed in a short space of time. The boys are in the dressing room hurting, I’d be worried if they weren’t.

Stuart Broad appears highly likely to return at the Sir Vivian Richards Stadium, his surprise omission in Bridgetown failing to pay off, while pace pair Chris Woakes and Mark Wood and left-arm spinner Jack Leach will also be looking for a chance.

It was, though, the batting that let England down most in the series opener.

Jennings is under most pressure, with knocks of 17 and 14 dragging his Test average down to 25.86. It is just four Tests since he scored a fine, unbeaten 146 in Galle, but the Lancashire batsman’s only successes have come in Asia and pace bowling remains an issue.

Bayliss’ outlook has typically been a forgiving one towards out-of-form batsmen, with his stated policy of preferring one chance too many to one chance too few.

And while that may buy Jennings one more opportunity, keeping Joe Denly’s Test debut on hold, there is no denying his performances have become a concern.

The verdict on Rory Burns, Jennings’ rookie opening partner, was better. His score of 84 on Saturday was his best in eight Test knocks to date and Bayliss likes what he is seeing.

“As we said in Sri Lanka he looks like he’s been here for 20 or 30 Tests, not four. He’s still learning and will still get better.

Bayliss also took a moment to support Curran. The 20-year-old all-rounder impressed as he won each of his first seven Tests but had a rough time on new ball duty at the Kensington Oval, taking one for 123.

“It was down to Curran or Broad and the gut feel was Curran,” he added.

“It didn’t work out, the young bloke has had the first bad Test in his career. It won’t be his last, but he’s a good young player who will learn from it.”