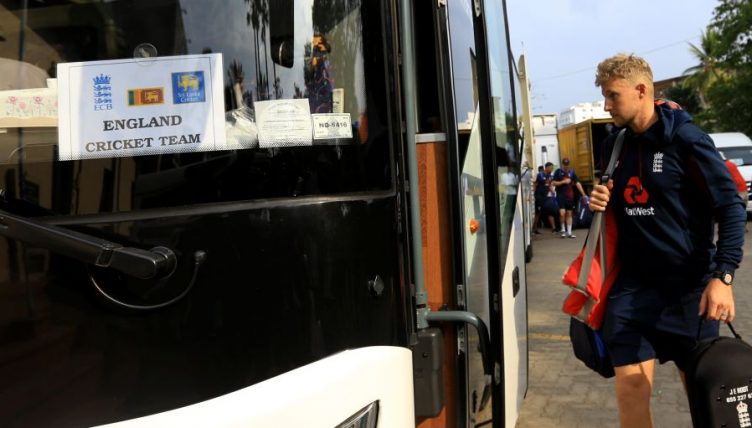 Sri Lanka has shut its borders to travellers from the United Kingdom, catching out cricket fans who were ready to holiday on the island even after the postponement of England’s tour.

Click here for the latest news on cricket and coronavirus

Joe Root’s side arrived back home on Sunday morning after the two-match series fell victim to concerns over the spread of coronavirus, but many supporters opted to go ahead with the planned vacations.

Things changed on Sunday afternoon when the Foreign and Commonwealth Office distributed the following guidance: “The Sri Lankan Government has decided that people arriving from the UK, or having travelled through the UK, will not be allowed to enter Sri Lanka from midnight on 16 March (1830 GMT 15 March).

“We therefore advise against all but essential travel if you are travelling from or via the UK.”

Some fans are already in Sri Lanka, several more were due to depart in the coming days and at least one, travelling with the official Barmy Army tour group, was initially turned away on arrival at Colombo’s Bandaranaike airport. After several hours of uncertainty he was admitted to the country, with a message that he would be the last to do so.

Chris Millard, managing director of the Barmy Army, said: “One of our members, who was held at Colombo airport for several hours, has now been allowed in and has informed the Barmy Army that there will be no more flights following from the UK.

“We are aware that over 50 of our members are currently in Sri Lanka and several more have travelled over the weekend. Our official travel programme still had 20 members wanting to go on the trip as a holiday, even with the cricket cancelled, but their flights have now been cancelled too.

“We are in open communications with the Sri Lanka Cricket board, tour operators and airlines to try and help our members get home safely. If anyone is out there and wants to speak to us, feel free to get in touch.”