Finch: England have a pretty good blueprint in ODIs 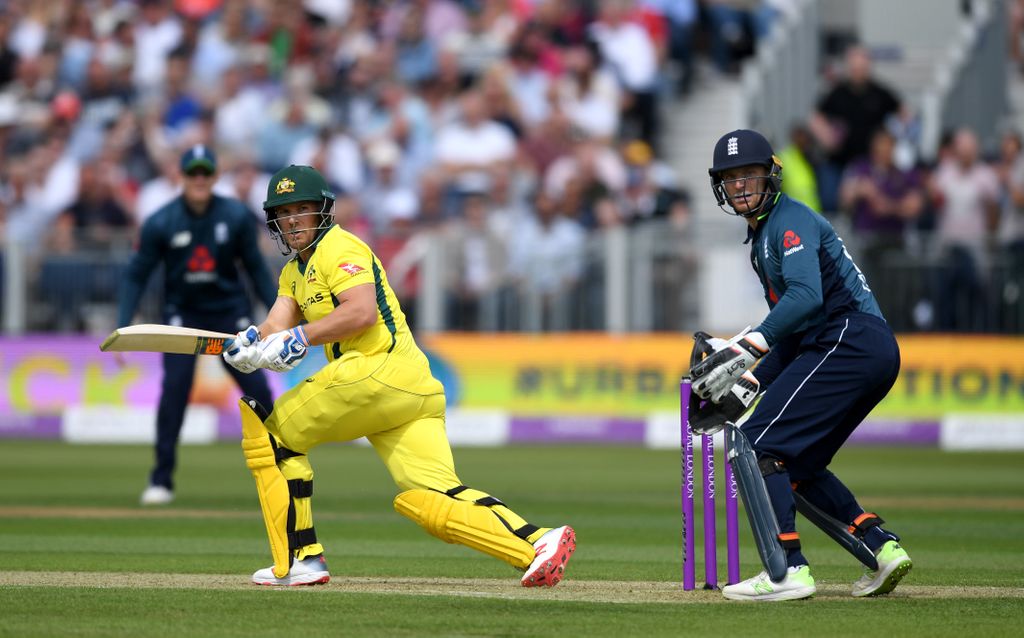 Australia’s Aaron Finch believes England have found their blueprint to playing ODI cricket and rightfully sit on top of the rankings in the 50-over format.

England hammered Australia by six wickets in Durham on Thursday to take a four-nil in the five-match series with the hosts easily chasing down a target of 311 with more than five overs to spare.

The Aussies have lost all four matches convincingly and Finch, who scored century on Thursday, admits there is no place to hide for his team.

Finch said: “There’s nowhere to hide in this game. We are playing the best in the world.

“The tone England are setting in one-day cricket is the benchmark in the world. They’re playing like the No.1 side in the world for a reason. They’re full of confidence and have a lot of depth in their batting.

“They have confidence to know that their Nos. 6, 7, 8 or 9 can get the job done even if things don’t go well at the top of the order. They’ve a pretty good blueprint.

“We have to stick to our strengths and find a way to stick in contests for longer. Once we find the formula I think it’ll turn for us pretty quickly. These lessons will be valuable going forward.”

Even though he hit his 11th ODI ton, Finch said he left “heap of runs out there” as he was dismissed just after reaching the milestone with 11 overs of the innings still to go.

The Aussies then collapsed from 225/1 to only post 310/8 in their 50 overs which was not enough for a powerful England batting line-up.

Finch continued: “I probably left a heap of runs out there. I had a good partnership with Shaun Marsh but for me to get out just past 100 was disappointing.

“It would have been nice to cash in and get 140 or 150 and put the pressure on them to take risks in the middle overs. We could have really kicked on and put foot the foot down in that last 12-13 overs. I take full responsibility for us not getting 330-340.”

The fifth and final ODI of the series takes place at in Manchester on Sunday.