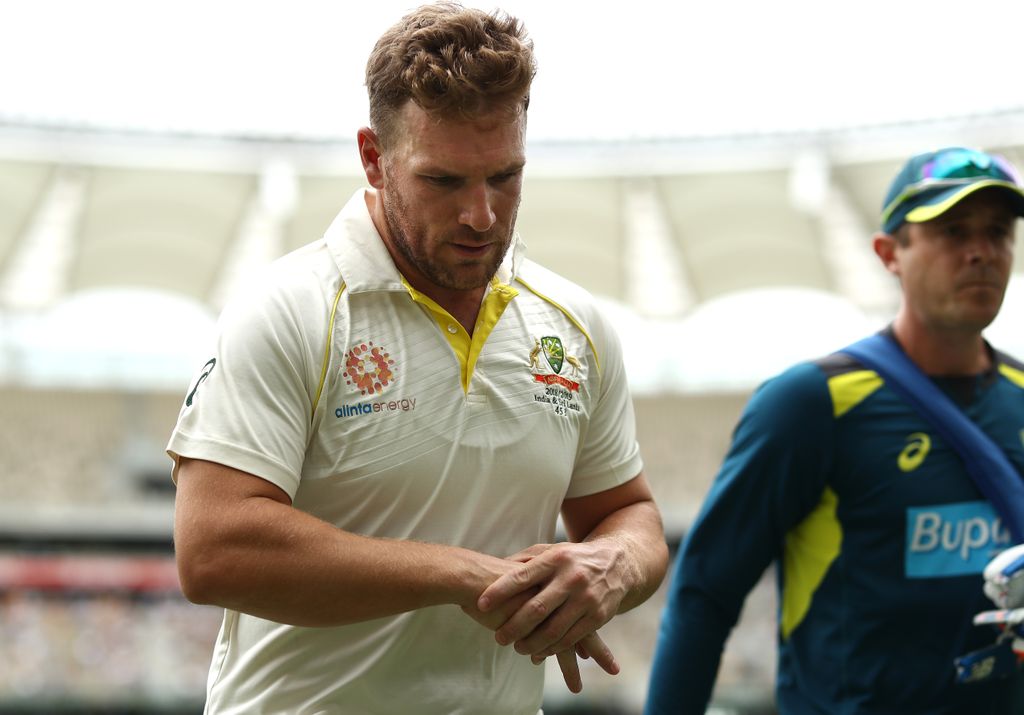 Australia opening batsman Aaron Finch said that the only way he would miss his home Test in Melbourne, starting on Boxing Day, was if someone were to “cut off” his injured finger.

Finch was on 25 in Australia’s second innings during the second Test in Perth when his right index finger was hit by a rising delivery from India paceman Mohammed Shami that saw the batsman forced to retire hurt.

The 32-year-old came back the next day to bat but only lasted one ball before he was caught down the leg side but the Aussies still went onto win the game to level the four-match series at 1-1.

With the series on a knife edge and the Boxing Day Test -one of the biggest events that every Australian cricketer dreams of taking part in – on the horizon, Finch is determined to play.

ALSO READ: Harris: Patience will be key on MCG pitch

Australia’s ODI and T20 captain would also like to resume catching duties in the slips.

Finch joked to reporters before training on Sunday: “With a Boxing Day Test, being from Victoria, it’s going to have to be cut off (not to play).

“It’s going to be a catch and bat today and reassess, but it feels like it’s improved 100 percent over the last couple of days.

“I got sent some new bats, so I’ve been walking around the lounge room and waving them around. It feels okay.”