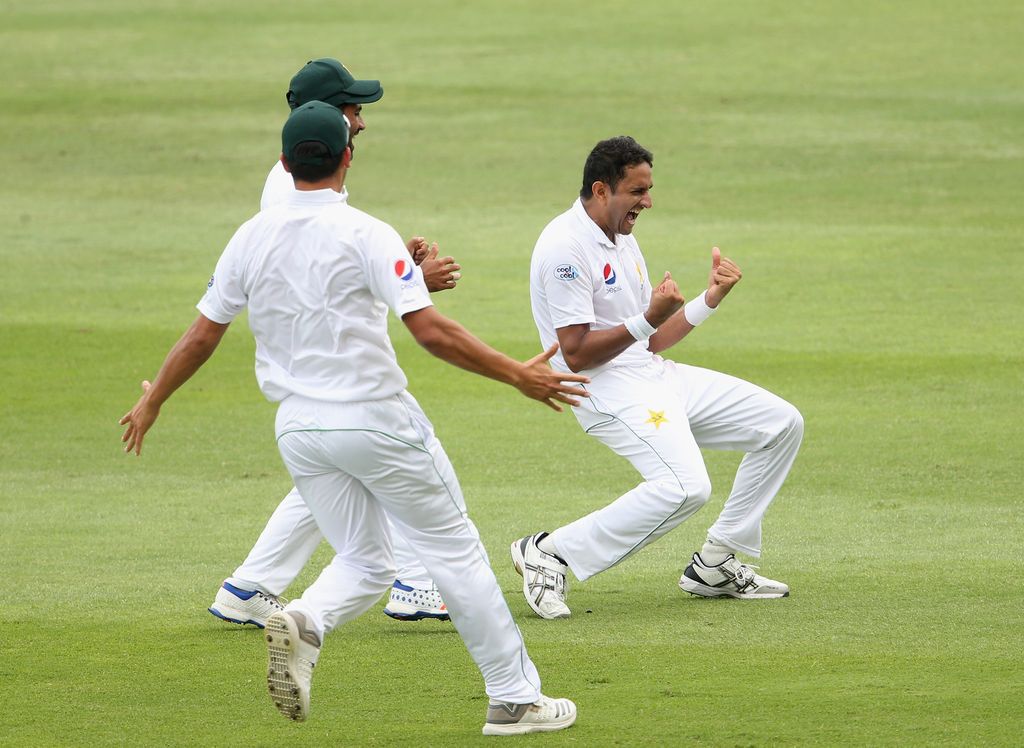 Mohammad Abbas claimed is second five-wicket haul of the game and his maiden ‘ten-fer’ in Test cricket as Pakistan secured a series victory over Australia in Abu Dhabi on Friday.

Abbas finished with the figures of 5-62 in the second innings, to go with his 5-33 in the first, to end with match-figures 10-95 as the Aussies were bowled out for 161 as  to give Pakistan a mammoth win, by 373 runs, their heaviest win over Australia.

Resuming on 47/1 after the loss of Shaun Marsh (4) late on day three, Australia were determined to show some fight in pursuit of their unlikely target of 538.

However, Abbas quickly dosed any of those hopes as he took four wickets early on the fourth morning. as the tourists collapsed to 78/5.

The seamer first had Travis Head (36) caught behind, then trapped Mitchell Marsh (5) and Aaron Finch (31) plumb in front before bowling Australia skipper Tim Paine, who left a delivery that nipped back onto his stumps.

The writing was now on the wall for Australia as Marnus Labuschagne (43) and Mitchell Starc (28) at least tried to show some resistance with a stand of 67.

Starc though was lbw playing back to a ball from leg-spinner Yasir Shah with Peter Siddle (3) suffering a similar fate as Australia went to lunch on 155/7.

No runs were added in the second session when Abbas completed his second five-wicket haul of the game when he had Labuschagne caught behind while Jon Holland was the last wicket to fall when he edged Yasir (3-45) to second slip to complete Pakistan’s comprehensive win.

Usman Khawaja did not come out to bat for Australia as it was confirmed before the start of the play that he had suffered a meniscal tear to his left knee and will require surgery.

The Aussies paid dearly in this Test for a poor batting effort in the first innings as they were bowled out for just 145 in reply to Pakistan’s 282.

The Asian team then put in the knife in the second innings as they declared on 400/9, setting the Aussies an improbable 538-run target or to bat for more than two days to save the Test and series.

Australia were clearly not up to the challenge and succumbed to a 1-0 defeat in the two-match series after blocking out for an heroic draw in the first Test.