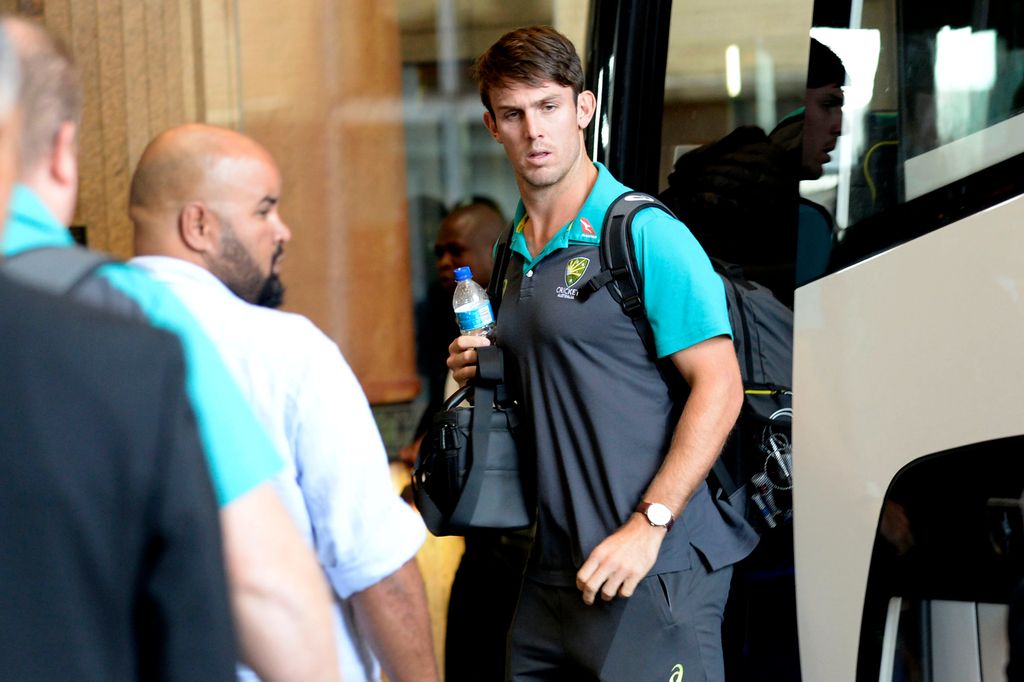 Australia great Adam Gilchrist feels allrounder Mitch Marsh should be chosen as vice-captain for the Aussies’ Test side.

Following the ball-tampering events on tour in South Africa, captain Steve Smith and vice-captain David Warner have both since been suspended for a year.

Tim Paine was named Test and ODI captain while Aaron Finch will be the T20 skipper and Paine’s deputy on Australia’s ODI tour to England next month with Alex Carey to be Finch’s number two in the shortest format.

The only leadership position yet to be filled is the Test vice-captaincy and Gilchrist believes Marsh is the best man for the job.

ALSO READ: Warne: Too much whingeing in Australian camp in recent times

Gilchrist told the Fox Sports website: “I think a guy like Mitch Marsh could be a really strong appointment as Paine’s deputy.

“Again, provided he stays fit, I see him playing a big role in being a core or foundation player for that team to be built around.

“He showed some really promising signs for WA (as captain) in the last Sheffield Shield season. He could mature into a very good leader.

“Nathan Lyon is the more experienced but if I had to appoint someone, I would have Tim and Mitch as the combination.”

Gilchrist also said it would be tough for Paine to juggle the captaincy with his duties as Test wicketkeeper but has backed the Tasmania player to handle the demands of the job.

The now 46-year-old Gilchrist explained: “I found keeping and captaining very challenging and I don’t think I could have done it full time.

“You just get mentally challenged continually in the role. But I guess it’s the same for any captain. Your mind is always racing about the team issues and you have to find a way to switch back on to just your job.

“But I expect that Tim Paine will handle the captaincy really well, mostly because of where he is at in his career and life. He’s a little bit more mature than the average rookie.

“His experience this second opportunity he’s been given out of nowhere. He’s only just established himself in the team but now he’s a senior statesman all of a sudden. He’s a well-balanced guy and he will do well.”