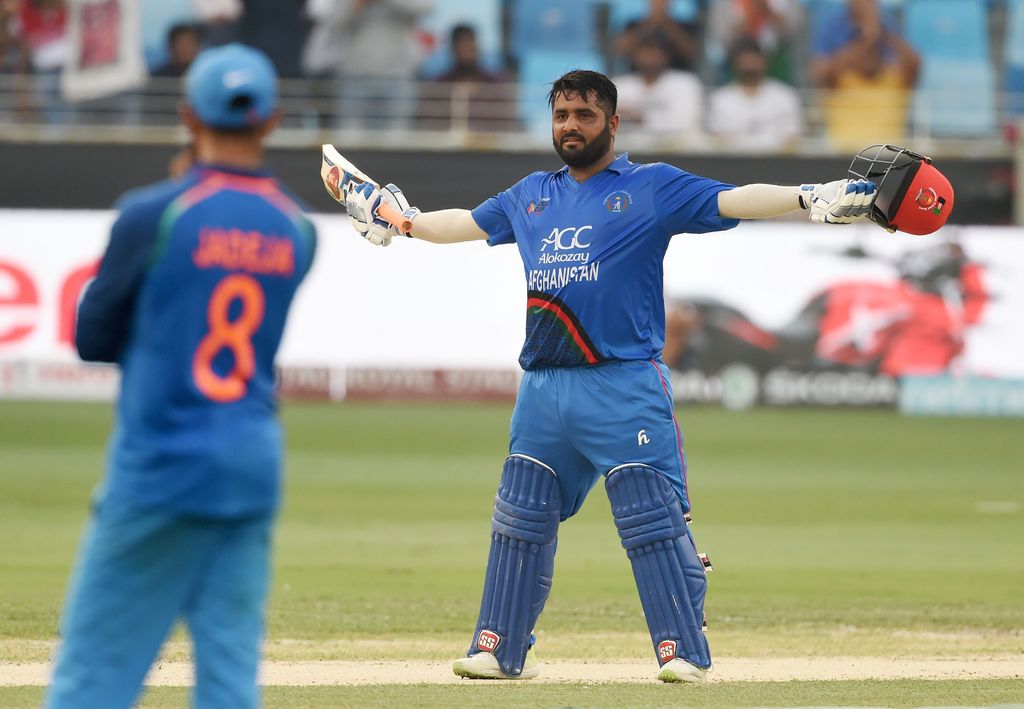 On the back of a masterful ton by Mohammad Shahzad, Afghanistan held on as they played to a thrilling tie against India in their Super Four Asia Cup clash in Dubai on Tuesday.

Chasing a target of 252, India were bowled out with the scores level off the penultimate ball of the match when Ravi Jadeja mistimed a pull off Rashid Khan to be caught on the midwicket boundary.

Jadeja (25) had looked to have won the match for India as he guided the tail towards victory, and with seven required from the last over, he smashed Khan to the four off the second ball of the over.

India had looked in cruise control of the run-chase when opening pair KL Rahul (60) and Ambati Rayudu (57) put on 110 inside 18 overs.

However, one Afghanistan’s most influential players, Mohammad Nabi, made the breakthrough when he got rid of Rayudu with the first ball of the 18th over.

India, without the services of regular captain Virat Kohli for the Asia Cup, then suffered a worrying middle-order collapse to allow their neighbours back in the game.

Khan (2-41 in 9.5 overs) though was tasked with bowling the final over and the 19-over-old could not deliver the win but he got the next best thing.

Earlier, opening batsman Shahzad almost played a lone hand as he scored a majestic century, his fifth in ODI cricket, as Afghanistan posted a total of 252/8.

Nabi though also came to the fore with the bat for his side as the allrounder hit 64 off 56 balls to propel Afghanistan to a respectable total.

Jadeja, with his left-arm spinners, was the pick of the bowlers for India with figures of 3-46 from his 10 overs.

The tournament is now over for Afghanistan while India march on to the final on Friday where they will play either Pakistan or Bangladesh.