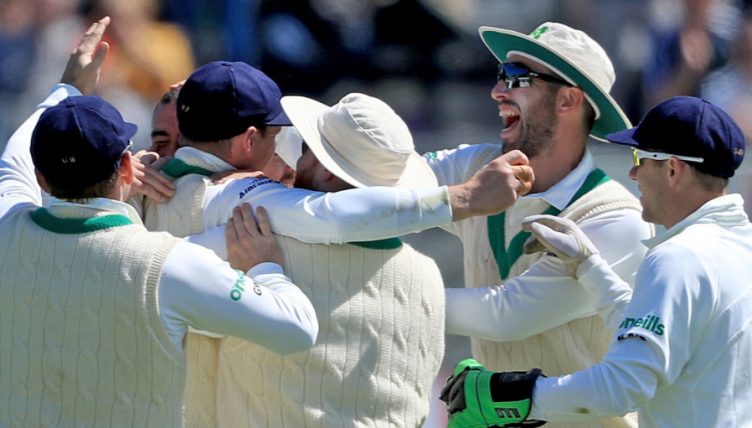 You can watch the Test match between Afghanistan and Ireland live and and free on YouTube here or below.

Afghanistan had the better of day one despite a record-breaking performance from Ireland’s number 11 Tim Murtagh.

Coming to the crease with the score a dismal 85-9, Murtagh added another 87 with debutant George Dockrell to lift Ireland’s final total to a more respectable 172 all out.

Murtagh’s maiden Test 50 puts him on a few exclusive lists. He’s just the 19th man to score a Test half-century from number 11, and the 11th man to top-score in a Test innings from last man. He’s the sixth to both top-score and make a 50 at 11, and just the third number 11 to score the only 50 in a Test innings.

Dockrell and Murtagh also became just the fifth last-wicket pair to double the innings score in Test cricket. The first of those was back in 1980 when Peter Willey and Bob Willis put on an unbroken 117 in England’s 209-9 against West Indies, but the others have all occurred in this decade.

Peter Siddle and Nathan Lyon famously turned a disastrous 21-9 into a perfectly acceptable 47 all out for Australia against South Africa in 2011, while a similar effort from Craig Overton and James Anderson last year helped England recover from 27-9 to 58 against New Zealand.

Ashton Agar and Phillip Hughes still hold the record, though, famously adding 163 – Agar making a record-breaking 98 as number 11 – to lift Australia from 117-9 to 280 in the Trent Bridge Ashes Test in 2013.

Afghanistan reached 90-2 in reply by stumps on day one in Dehra Dun.