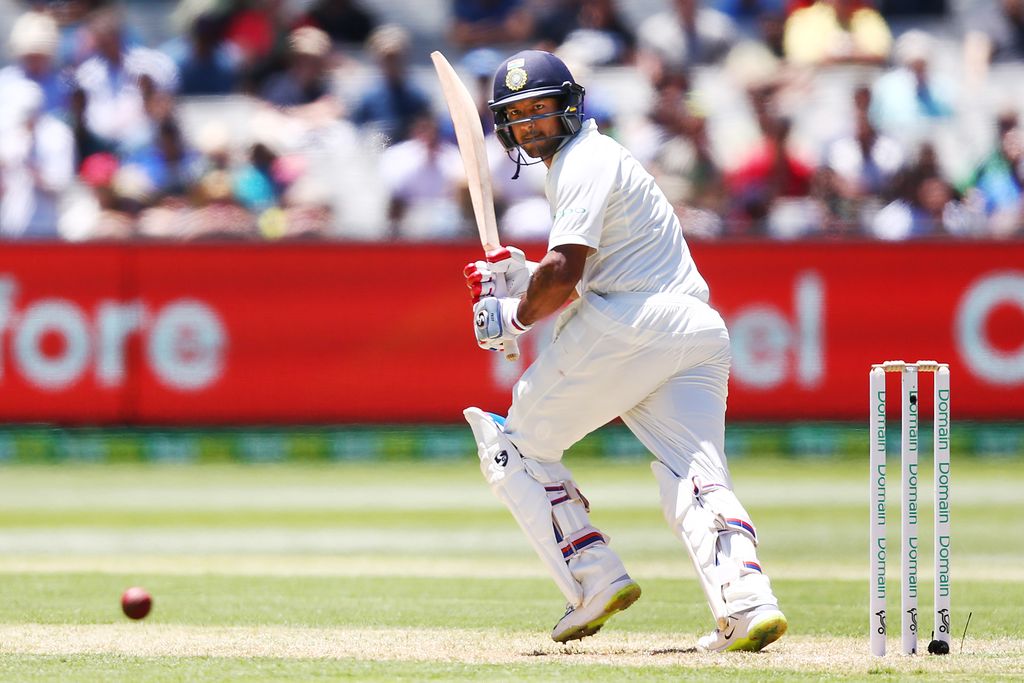 Debutant Mayank Agarwal scored 76 before Virat Kohli and Cheteshwar Pujara rounded off a good day for India as the visitors finished on 215/2 on the first day of the Boxing Day Test against Australia at the MCG.

On a rather docile surface, India were solid but not spectacular as they ground their way to stumps on the first day with opening batsman Agarwal impressing.

The right-hander looked positive as he and Hanuma Vihari added 40 for the first wicket after India decided to drop both Murali Vijay and KL Rahul.

Vihari soaked up 66 balls to score his eight before fast bowler Pat Cummins made the breakthrough before lunch in front of 73 500 spectators at the MCG.

Agarwal and Pujara put on 83 for the second wicket as the former went on to face 161 deliveries before Cummins struck again juts before the tea interval.

Kohli and Pujara then added an unbeaten 93 as India went to stumps in a position of strength as India look to win their first Test series Down Under.

The not out batsmen are both inform with Pujara getting century in the first Test of the series in Adelaide and Kohli matching the feat in the next game in Perth.

The pitch in Melbourne has come in for heavy criticism all day as the dead nature of the surface saw spinner Nathan Lyon introduced as early as the eighth over.

Cummins was the pick of the bowlers as he ran in hard to record figures of 2-40 in 19 overs.