Home Countries Patel: I wouldn’t have dreamt it to start any better

Patel: I wouldn’t have dreamt it to start any better 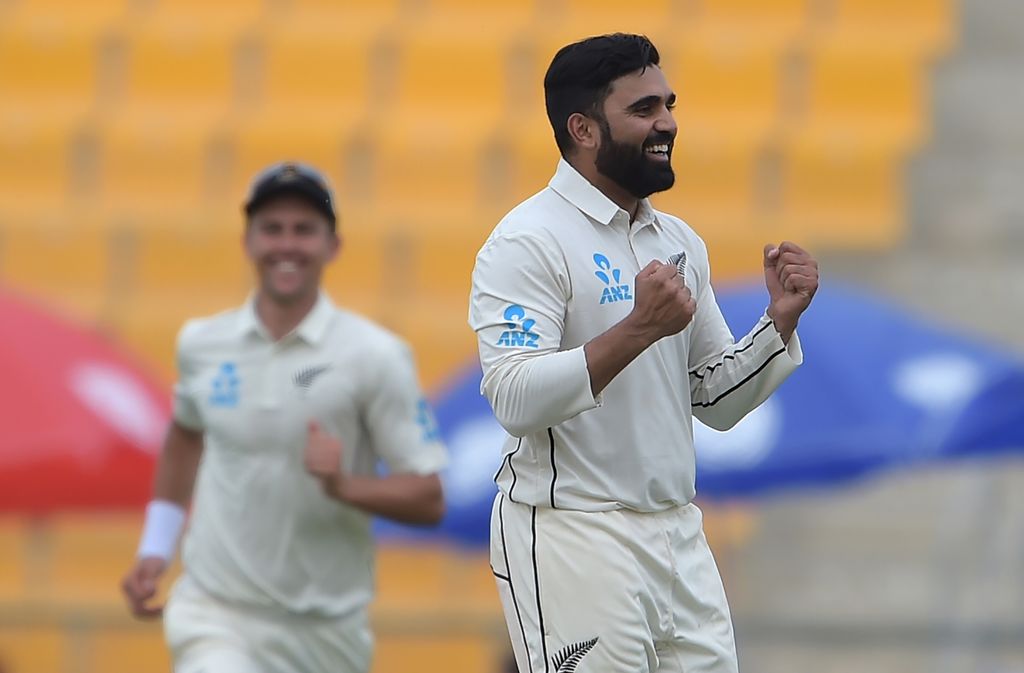 New Zealand’s new hero Ajaz Patel credits the “very calm” team environment in the national side after bowling the Black Caps to a famous victory in the first Test against Pakistan in Abu Dhabi on Monday.

The 30-year-old Patel returned figures of 5-59 in the second innings to bowl the Kiwis to a dramatic four-run win, the fifth narrowest margin of victory in terms of runs in Test cricket history.

Chasing a target of 176, Pakistan collapsed from 130/3 to be bowled out for 171 with Patel taking the final wicket to cap a great maiden appearance in the longest format.

ALSO READ: Williamson: One of our best wins in Test cricket

Patel said after the game: “My game plan is very simple, even though the scoreboard didn’t look like it. As a unit, we kept chipping away.

“It’s an absolute dream come true in the end. We know Pakistan have got very good players of spin, but we kept chipping in there.”

The scenes at the end of the game of New Zealand players and management celebrating wildly on the field and in the dressing room will live long in the memory.

Patel continued: “It’s still quite surreal at the moment. It’ll sink in the next couple of days but I wouldn’t have dreamt it to start any better. To do it in that fashion is quite special.”