Anderson building up to bowling again 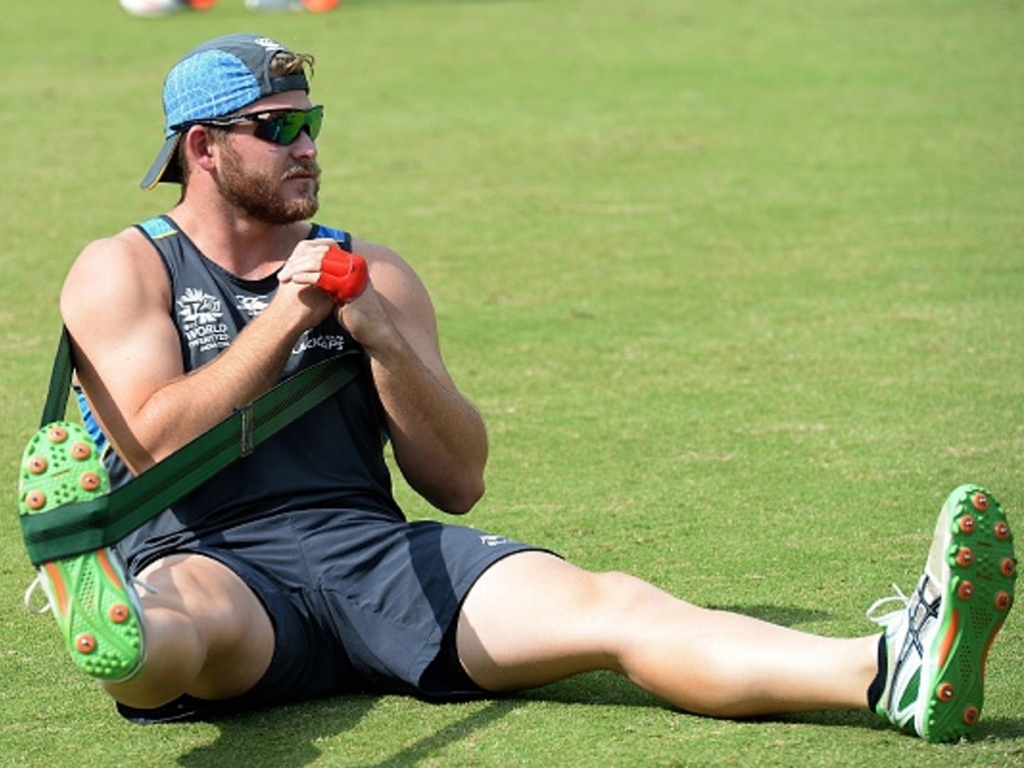 Black Caps allrounder Corey Anderson is content to ease himself back into the game in India as he returns from a long injury layoff.

With a hectic schedule facing New Zealand Anderson has his eye on the long term and doesn’t want to rush things after spending more than six months on the sidelines.

Speaking ahead of the first ODI against India at Dharamsala, Anderson said: “It’s one of those things… you have a decent chunk out [with injury] and you don’t really want to sit out again. But I had to do it. It’s part of the game, you have injuries.

“Doing that gives you time to reflect on things and see where you can get better. I’ve been basically working to get my fitness and strength up and not have a date in mind. It’s just exciting to be back with the group and back in India.”

Anderson is unwilling to rush back into bowling and will feature in the series purely as a batsman.

The allrounder added:  “I am slowly working on my bowling in the background. I think that’s one of those things that… no, there is no timeframe.

“[It is] very similar to what the injury was in the first place. [It is about] just letting it take its time and when it’s ready, it’s ready. It is pointless pushing myself with such a big summer in front of us.

“I know it’s India, I’d love to be doing everything. I don’t know if there is enough time on this tour potentially, but it’s just one of those things that I am focusing on my batting. That will be my main job.”

The left-hander will slot into New Zealand’s middle order and look to alternate between rebuilding and launching the innings into overdrive.

On his role Anderson said: “In the middle order you have got to be able to adapt. If you lose early wickets, you are going to be able to try and take your team deep.

“If you get in with not many overs left, then you are going to have to start going from ball one. It’s an adaptable position and I have obviously been preparing for that.

“We have got a lot of guys in the team who can do a lot of things, which is great – some of the guys in the top order can also bowl.”