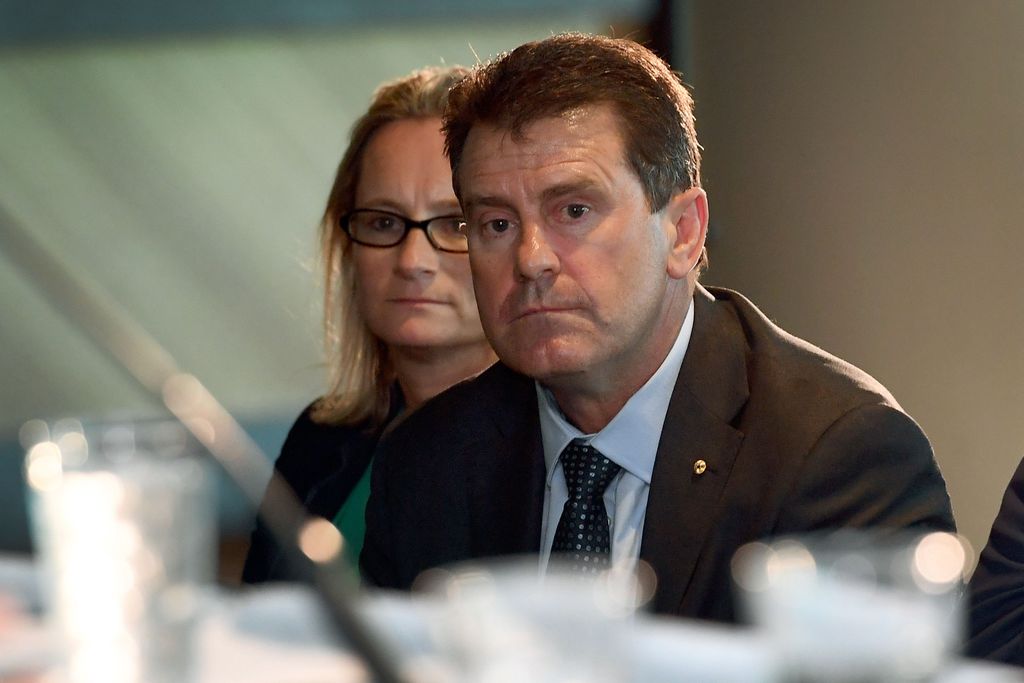 Mark Taylor announced on Monday that he has decided to step down from his role as a Cricket Australia (CA) Board director, effective immediately.

It is another blow to CA as the fall-out from the cultural and ethics review released last week has claimed another head.

Taylor, a former national captain, had been touted as a possible successor to David Peever, who resigned as CA chairman last week.

CA’s interim chairman, Earl Eddings thanked Taylor for the valuable contribution he made to the Board.

Eddings said: “While we would like Mark to continue as a Director on the Board, we appreciate his reasons and have accepted his resignation.

“Mark has given an enormous amount to Australian cricket over three decades as a player, captain and Board member.

“A prolific opening batsman, and widely regarded as one of Australia’s best captains, Mark has been a statesman of the game, showing great leadership on and off the field.

“Mark was appointed to the Cricket NSW Board the year he finished playing in 1999.

“He spent 12 years as a state Board member, combining this with his national Board role for a time.

“Mark has played a significant role in helping build and shape relationships within the cricket community, specifically with players past and present, and in his role as Director has always worked collaboratively with key parties to put the interests of Australian cricket first.

“It’s been an honour to have an icon of Australian Cricket serving on the Board of Cricket Australia, and our best wishes go to Mark. We thank him for his ongoing commitment and valuable insights to the game.

“While it has been a difficult few weeks for Australian Cricket, The Board of Cricket Australia and the Executive team are committed to rebuilding and earning the trust of the cricket community,” said Eddings.

Taylor said it was sad to see the sport in the Australia in its current state but felt he longer had any more to give after 13 years.

He also called on Australian cricket to use the current crisis as a moment to “reset” with specific mention to the strained relationship between CA and the Australia Cricketers’ Association (ACA).

Speaking on his resignation, Taylor said: “With a total of 13 years Board service, and as Cricket Australia’s current longest-serving Director, I reached this decision following a high degree of soul searching and, importantly, having the game’s best interests clearly in mind.

“I have always appreciated serving cricket at this peak level, especially as it enabled me to repay my gratitude at being given the ultimate privilege and honour of representing my country, along with the added rare honour of being appointed its captain.

“Following on from the events in March this year that rocked the cricketing world, and the ongoing damage this created for our game, including vital employer-employee relationships, my principle brief has been to work hard at fostering and restoring a workable, meaningful and respectful understanding between Cricket Australia and the Australian Cricketers’ Association, especially at a time when both parties were still recovering from the prolonged spirited, vigorous, and, sometimes, toxic MoU negotiations dating back to mid-2017.

“As Australian cricket faces up to its latest challenge, the time therefore has arrived for me to step back and allow Cricket Australia and the Australian Cricketers’ Association to work from a fresh page in restoring the important values that have enabled Australia, for many years, to be recognised as one of the world’s most admired and successful cricket nations.

“My decision also removes the conflicts that have lately emerged with me striving to achieve a better working relationship between Cricket Australia and the Australian Cricketers’ Association whilst having to address my ongoing role of reporting on cricket for the Nine Network.

“My best wishes, as always, go to the Board of Cricket Australia and the game of cricket wherever it is played and enjoyed,” said Taylor.