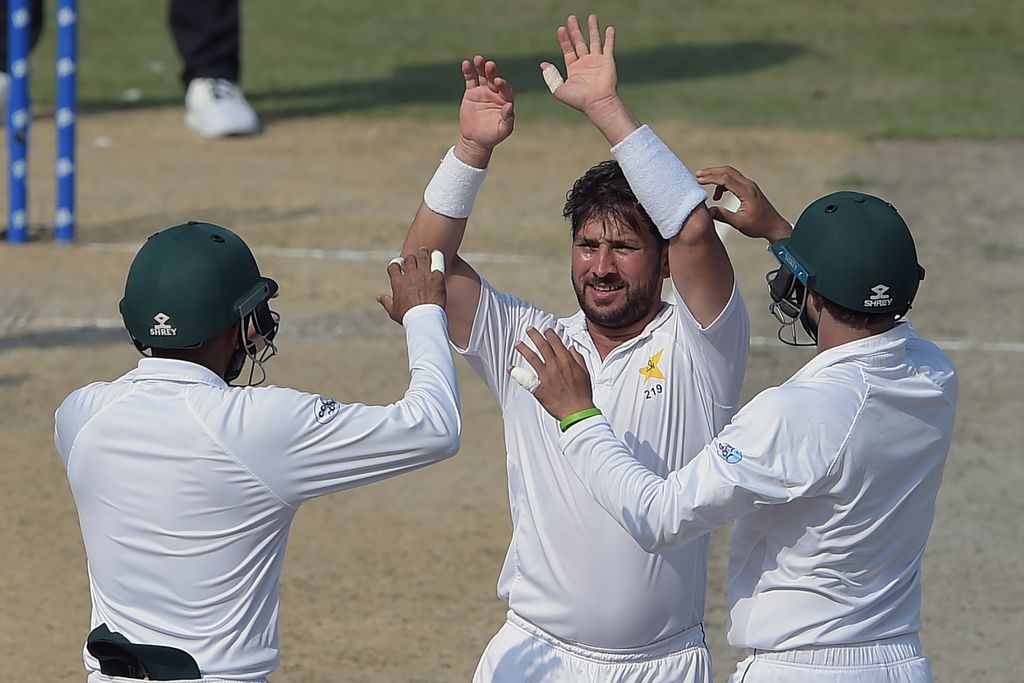 Pakistan coach Mickey Arthur described Yasir Shah’s spell of bowling in the first innings of the second Test against New Zealand as an “hour of the best leg-spin bowling you will ever see.”

Yasir took 8-41 as New Zealand were skittled out for just 90 and then the 32-year-old added another six-wicket haul in the follow-on innings as Pakistan completed a victory by an innings and 16 runs to level the three-match series at 1-1.

Arthur raved about Yasir with his leg-spinner finishing with match figures of 14-184.

Speaking after the game in Dubai, Arthur said: “We knew he had a big performance inside of him. That first innings, I think there was a spell of about half an hour of the best leg-spin bowling you will ever see.

“Fourteen wickets in a Test match is superb.”

After his match-winning performance, Yasir is now in sight of breaking Australian leg-spinner Clarrie Grimmett’s 93-year-old record of being fastest to 200 wickets in 36 Tests.

Arthur continued: “Yasir is very comfortable mentally, and he knows what an important cog he is in our Test line up. He got his rhythm going and we felt he was really good.”

The third and deciding Test between New Zealand and Pakistan starts in Abu Dhabi on Monday.