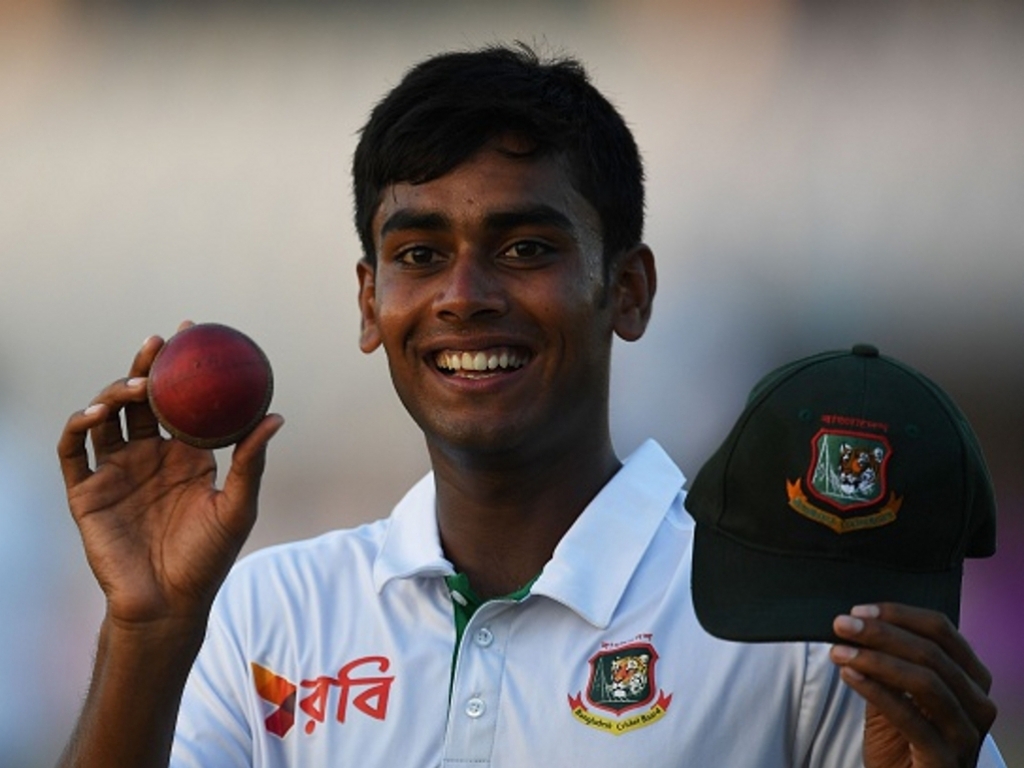 Teeanger Mehedi took 5 for 64 from 33 overs on day one of the first Test against England in Chittagong to become the youngest ever Bangladesh player to take five on debut.

After play Atherton said on Sky Sports: “What a performance from the young man.

“It was his temperament that impressed me the most.

“He was the standout performer. You’ve got Shakib Al Hasan in there who is Bangladesh’s leading wicket-taker in Tests, but the young man was head and shoulders above all the other spinners today.

“A lot of the talk in the build up to the game was about England’s teenager, Haseeb Hameed, and about how nervous he was likely to be; inevitably so when you’re 18 or 19 years old.”

Atherton was thoroughly impressed with the maturity of the former under-19 captain adding: “Mehedi bowled like a veteran. He looked unfazed at the end of his mark, and tasked with the new ball and taking the second over of the day, he hardly bowled a bad ball in that first spell, taking two wickets.

“He has taken up the mantle of a senior bowler almost straight away.”

Despite Mehedi’s efforts England were able to claw their way back towards parity and reach 258 for 7, a score Atherton thinks is competitive.

The pundit continued: “It was a fascinating day.

“Anything over 250 looks to be a very competitive score on this pitch.

“I was pleased though it turned from the start, to take the toss almost out of the equation, so there was no undue advantage in that sense.

“It now depends on how England’s spinners go. There are questions there; Gareth Batty comes back after a long break – 11 years – you’ve got a legspinner in Adil Rashid with just three Test matches under his belt, and Moeen’s bowling hasn’t quite kicked on in the last few months.

“And, if you look at Bangladesh’s side, their top six or seven are pretty stable, have been around a fair while now and will be no mugs.

“If England can get up to 300, they’ll be really happy. What a pitch for the spinners to bowl on.”