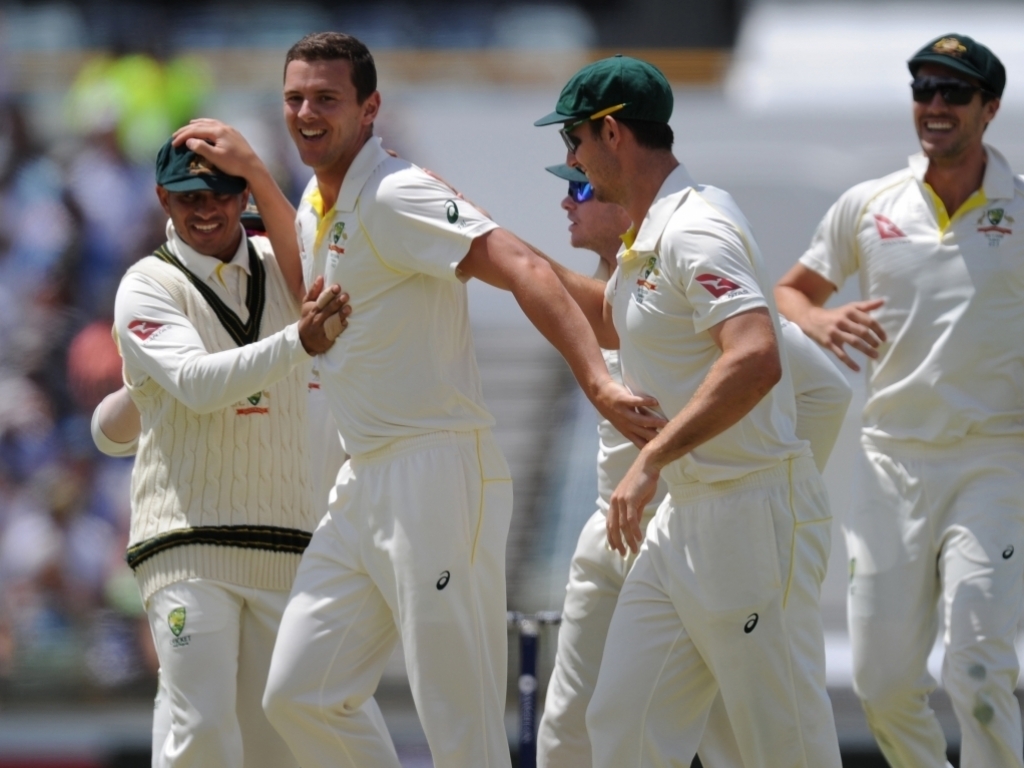 Australia are six wickets away from winning back the Ashes after reducing England to 132/4 at stumps on the fourth day, the tourists still 127 runs from making the home side bat again in the third Ashes Test in Perth.

Facing a deficit of 259 runs after the Aussies declared on a mammoth 662/9, England were pegged back early as opener Alastair Cook (14) and Mark Stoneman (3) fell to seamer Josh Hazlewood.

England captain Joe Root (14) was caught at slip off the very first delivery of off-spinner Nathan Lyon as the visitors slipped to 60/3.

James Vince and first innings centurion Dawid Malan added 40 for the fourth wicket before Vince was clean bowled for 55 by a Mitchell Starc ball that straightened off a deteriorating WACA surface.

Malan (28 not out) and Jonny Bairstow (14 not out) were at the crease when rain brought an early end to proceedings just after the tea interval.

England will need to bat the majority of the final day, which will be 98 overs long, to save the game and go into the final two Tests of the series with score still at 2-0.

Earlier, England seamer James Anderson broke Steve Smith and Mitchell Marsh’s 301-run stand with the second ball of the morning after Australia resumed on 549 for four.

Allrounder Marsh fell leg before to Anderson and was unable to add to his overnight score of 181.

The wicket triggered a mini-collapse as the hosts lost three for 12 with the dismissals of Smith (239) and Mitchell Starc (one) in quick succession.

Wicketkeeper Tim Paine (49 not out) and Pat Cummins steadied the home side with a 93-run stand before latter was out lbw, also to Anderson, for 41.

Lyon was the last Australian wicket to fall off Anderson, when he skied a catch for Moeen Ali to be out for four.