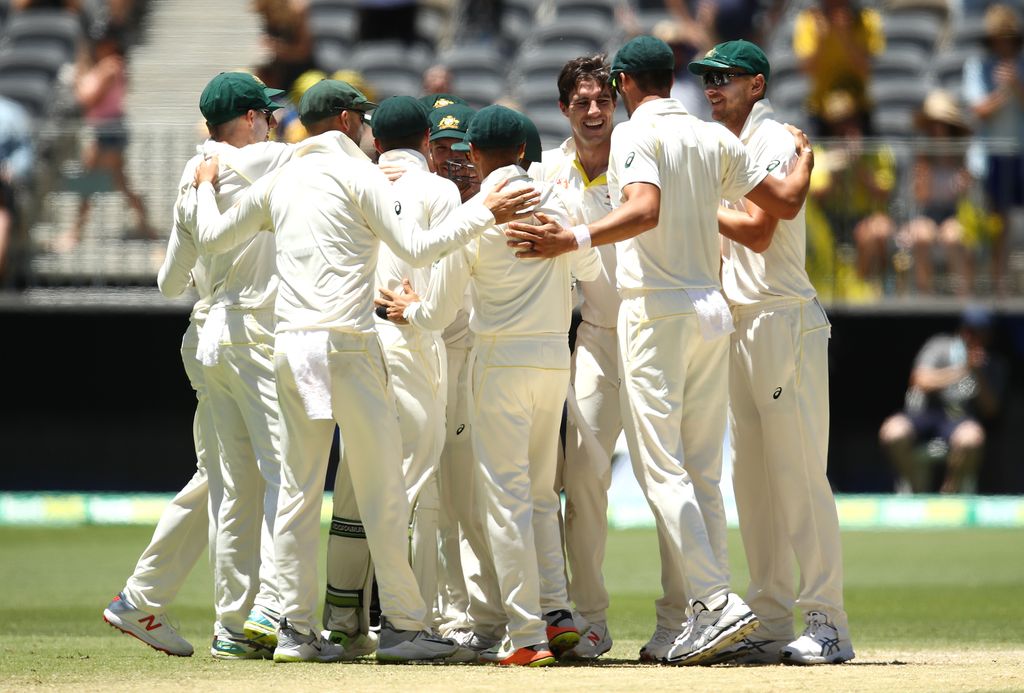 Australia picked up their first win in Test cricket since March when they completed a 146-run victory over India in Perth on Tuesday to level the four-match series at 1-1.

Set a target of 287 to win, India resumed the fifth and final day on 115/5 but never threatened to pull off a miraculous victory, losing their last five wickets for just 21 runs.

They were dismissed for a total 140, with off-spinner Nathan Lyon claiming 3-39 to finish with eight wickets in the match and guide the home team to a drought-breaking success, their first in seven Tests spanning almost 10 months.

It was Australia captain Tim Paine’s first Test win in five matches since taking over from the banned Steve Smith, and also the first victory for new coach Justin Langer.

Australia’s best result in the four previous Tests since the scandal was narrowly hanging on for a draw against Pakistan in Dubai.

Knowing he was running out of partners, Pant tried to force the issue but miscued a drive off Lyon low to midwicket, where Peter Handscomb dived to his left and took an excellent catch.

His dismissal for 30 left only India’s notoriously long tail with exactly 150 needed and ended any hope of them pulling off an unlikely win.
Umesh Yadav lasted 23 balls until he tamely parried a return catch to Starc for two and India slid to 139 for eight.

Ishant Sharma was in no mood to hang around and backed right away, edging a Pat Cummins (2-25) delivery through to wicketkeeper Paine for a duck.

The last man to fall was Jasprit Bumrah, who went for a big shot and only succeeded in skying a chance back to bowler fast bowler Cummins.

The series now heads to Melbourne, with the Boxing Day Test starting on December 26 and India looking to regroup as they seek to win their first-ever Test series in Australia.