Home Countries Australia draw first blood against India Down Under

Australia draw first blood against India Down Under 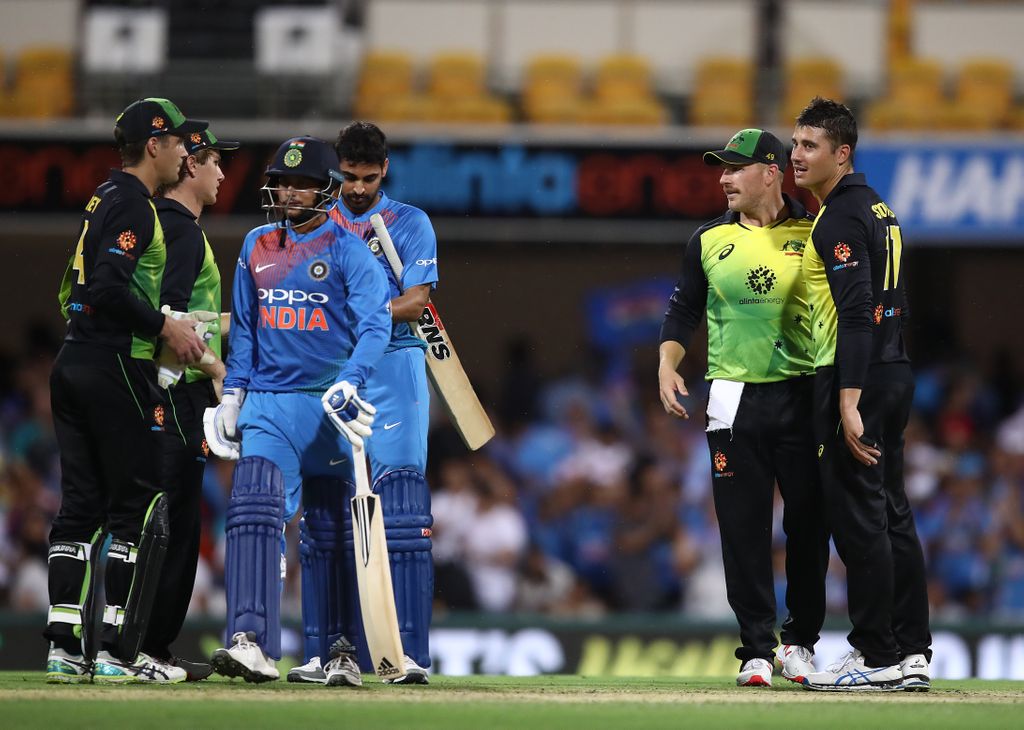 In what was a thrilling contest in Brisbane that went down to the last over, Australia beat India by four runs in a rain-affected T20I to go 1-0 up in the three-match series.

Rishabh Pant (20) and Dinesh Karthik (30) took the tourists close to victory but both batsman fell in the last two overs of the game.

With Australia needing 11 runs off the final over, Marcus Stoinis (2-27) stepped up to be the hero for the hosts as the seamer dismissed Krunal Pandya and Karthik.

The home side’s leg-spinner Adam Zampa also needs to get a special mention as he returned figures of 2-22 in 4 overs, including the big scalp of India captain Virat Kohli (4).

The hosts, who were sent in to bat by Kohli, lost opener D’Arcy Short (7) early but there was solid contributions in the middle by captain Aaron Finch (27), Chris Lynn (37) and Glenn Maxwell (46).

Stoinis showed his allround qualities as he struck a vital 33 not out off just 19 balls to propel the total at the end.

The second game of the three-match T20I series takes place at the MCG in Melbourne on Friday.